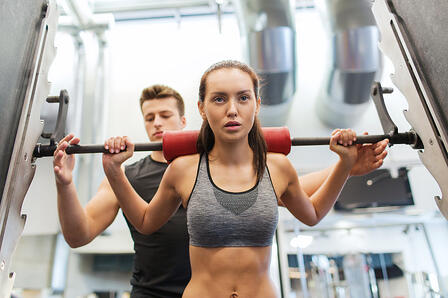 Trust is often talked about as the bedrock of a company’s success. Most people think about the issue in terms of customers: They have to believe in you and your products and services. But trust within the organization is just as important: Your employees must believe in each other. When they don’t, communication, teamwork and performance inevitably suffer. After New York Times publisher Arthur Sulzberger fired the newspaper’s editor, Jill Abramson, in May, he explained that he’d repeatedly warned her that she was losing the trust of the newsroom. But how do you build trust in the workplace?

What the Experts Say
Trust is an “evolving thing that ebbs and flows,” says David DeSteno, a professor of psychology at Northeastern University and the author of The Truth About Trust.  And yet it’s essential to boosting employee engagement, motivation, and candor. Employees are more likely to follow through on goals set by a manager they trust and to be more forthcoming about the challenges they see on their level. “Managers will never learn the truth about a company unless they have employees’ trust,” explains Jim Dougherty, a senior lecturer at MIT Sloan School of Management and veteran software CEO. That’s why it’s so critical for managers to constantly reinforce their trustworthiness. Here’s how.

Make a connection
One of the most effective trust-building strategies is to create a personal connection. That’s especially true for managers. “As a person’s power increases, their perceived trustworthiness goes down,” says DeSteno; they seem less reliant on others and therefore less trustworthy. Counteract this view by getting to know the people on your team, and letting them get to know you. This might involve chatting about how you share a hometown or like the same sports team. It could also include hosting regular brown-bag lunches or occasionally taking a few calls with the customer service team. “Do something that makes them believe that you are one of them,” says Dougherty. That signals that “even though you are the boss, in the end you’re all in this together.”

Be transparent and truthful
Share as much as you can about the current health and future goals of the company. Otherwise, you’ll find yourself constantly battling the rumor mill. “If there is a void of information, employees will fill it and they will always fill it with negative information,” says Dougherty. There may be some data that you cannot share, like compensation, but regularly distributing other information — like financial results, performance metrics, and notes from board meetings — shows that you trust your employees, which in turn helps them have greater faith in you. Part of being transparent also involves having the integrity to tell the truth, even if it means you have to be the bearer of bad news. “If you can’t tell people the hard stuff, they won’t trust you,” says DeSteno.

Encourage rather than command
Employees know the difference between being given orders and being offered encouragement. “You don’t succeed in the long run by telling people what to do,” says Dougherty. “You have to motivate them to do it.” When employees feel empowered to succeed and believe that the goals of the company are aligned with their own, they’ll work harder and smarter. For managers, that means delegating tasks and granting as much autonomy as possible, while also making it clear what your expectations are and how performance will be measured. “People will trust you if you trust them,” says Dougherty.

Take blame, but give credit
No one wants a boss who hogs all the glory, but dishes out harsh criticism when times get tough. “The best way to get people to behave well is to give credit,” says Dougherty. That reinforces the sense that people are working toward shared goals rather than simply for a boss’s personal agenda. Instead of casting blame for layoffs or poor profits, stress that it is the company — and your own leadership — that need to improve. This signals that you “don’t believe different rules apply to you than apply to others in the organization,” says DeSteno.

Don’t play favorites
If there is a surefire way to lose trust, it’s by playing favorites in the office. “Any time there is favoritism, people will see it,” says Dougherty. “If you treat some people better than others, you totally blow it.” If you always give certain employees information or assignments first, or if you only ever ask a few out to lunch or to the ballgame, everything else you do to build trust will be undermined. You also want to avoid badmouthing at all costs, because it sends the signal that your public and private personas diverge. “People need to know that they are dealing with the true you,” says DeSteno. If they catch you criticizing a colleague behind his or her back, “they’ll assume that, as soon as they leave the room, you aren’t treating them well either.”

Show competence
If you aren’t good at your job, you can forget about earning employees’ trust. “Even if everyone likes you, you have to be competent to be trusted,” says DeSteno. That means regularly updating your own skills and following through on commitments. You should also avoid trying to be an expert in all things; those in the know will spot faked knowledge immediately. If you have the humility to ask questions and express an eagerness to learn, you’ll work smarter — and so will your employees. After all, “we can accomplish a lot more working with other people and relying on their expertise than we could alone,” says DeSteno.

When Jane McIntyre became CEO of the United Way of the Central Carolinas in 2009, she stepped into a scandal. The nonprofit organization was reeling from accusations of gross mismanagement, and Jane’s predecessor had left abruptly amid a controversy over her generous salary and retirement package. The community was outraged, donations were in a tailspin, and employees were confused and angry. Then the economic crisis hit, which necessitated layoffs and budget cuts. “It was a mess,” Jane says.

On her first day, Jane knew she had to do something meaningful to show the beleaguered staff that she was worthy of their trust. As the staff assembled to welcome her, someone asked her what her first priority was going to be. “There was this glass door that had been installed between the lobby and the executive offices,” McIntyre says. “The door was always shut. So I said, you see that door? It’s never going to close. And the staff burst into applause.”

Though Jane had to make difficult cuts in the months to come, she made sure that every decision was delivered with candor and honesty. She created compulsory all-staff meetings because she felt she “had to communicate face to face” with employees, especially when it came to delivering difficult news. She streamlined departments to create more connections among employees. And she reinstated the ability to send all-staff emails, a feature that had been disabled under her predecessor, to better share information across the entire company.

She also showed she was not above making cuts at the top. She made it known that her own salary was less than half of her predecessor’s. The board of directors, which had been accused of rubber-stamping excessive executive benefits, was cut from 67 members to 24. And she made accessibility her hallmark. “It helps so much if people know they have access to you,” she says. “It slows you down a bit, but it helps so much.”

Today, the organization is exceeding its fundraising goals and increasing grants to local charitable agencies. But Jane sees the progress she’s made in earning employees’ trust most clearly in the tenor of the all-staff meetings. “When I started, it was like you were in a graveyard,” she says. “There were no questions, no expressions. Now people laugh, they cut up, they have fun. There is camaraderie.”

Several years ago, Mike Volpe’s team was growing so rapidly, he could barely keep everyone’s names straight. In the span of nine months, the chief marketing officer for software company Hubspot saw his group grow from 20 to nearly 50 people. “I remember looking out at our team meeting and seeing so many new faces,” he says “It was a challenging time.”

In order to earn the trust of so many new people at once, Mike adopted a few key strategies. He reinforced the company’s policy of radical transparency, sharing data, goals, missteps, and milestones with everyone, at every level. “There’s no reason to keep a lot of things away from employees,” he says. “If you do, you are saying you don’t trust them.” He also gave his marketing team a high level of autonomy. “When you manage 15 or 20 people, you can be that person who approves things before they go out,” he says. “But once we started to grow quickly, I became a giant bottleneck. I knew I needed to trust the team to get things out. And we found the employees do a better job when you give them that authority and responsibility.”

He also regularly collected anonymous feedback via a tool called TINYpulse, which surveys employees on how they are feeling about their jobs. It was in those surveys that, several months ago, Mike started to see signs of a dip in trust. It was just after “three or four people who weren’t a good fit anymore” were let go around the same time, he says. “It wasn’t on purpose. It was just how the timing worked out.” But he could see from the anonymous surveys that people were now afraid for their jobs.

He immediately addressed the issue, both through the anonymous response feature on TINYpulse and in public “Ask Mike Anything” meetings. “I laid things on the table and took hard questions and didn’t give them sugarcoated answers,” he says. “I tried to take it head on and explained why it wasn’t indicative of a larger trend.” That honesty “really went a long way.” In surveys since, happiness metrics have fully recovered and even gone higher than they were in the period before the layoffs.

“I feel really good about how we navigated those waters,” he says. “It could have spiraled out of control, but because we had a system to track people’s happiness and a process to have honest conversations, we hit a pothole instead of falling into a crater.”