From heart rates to surveys: How to keep workers happy

Reprinted from the original BBC News article by Nastaran Tavakoli-Far 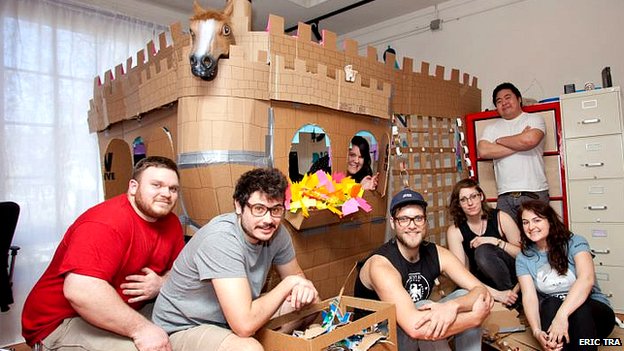 Amy Balliett had a problem brewing in her company that she was entirely unaware of.

An employee was trying to encourage others at design firm Killer Infographics to leave the Seattle-based start-up.With a small workforce of 20 and an open plan office, Mrs Balliett thinks staff might have found it hard to come forward and tell her what was going on.

But a programme called TINYpulse allowed some employees to tell her - anonymously.

It allows bosses to gather weekly surveys from their workers, and provides a channel through which workers can raise issues and communicate with their bosses. Mrs Balliett says retaining workers is key to growth in a start-up like hers, so she has to keep them happy. "It keeps it from something that will fester," she says of TINYpulse. "Festering makes an angry employee who will leave."

Recent studies show that up to 70% of workers in the US are "not engaged" or "actively disengaged" at work.

Killer Infographics says it's important for their workers to be happy and they are encouraged to have fun. Happy workers tend to be more productive - which makes it sensible to focus on making sure your staff are content.

TINYpulse founder David Niu spent several months travelling around and speaking to employers about the biggest problems they face.

Having run a few companies previously, he knows the "haunting feeling" when an employee hands in their notice.

Like the people he spoke to, he wanted to know how happy they were before they handed in their notice, but found annual surveys slow and time consuming.

"We'd start with lots of energy and be bogged down with inertia and not know what to do with the results," he says of this process. 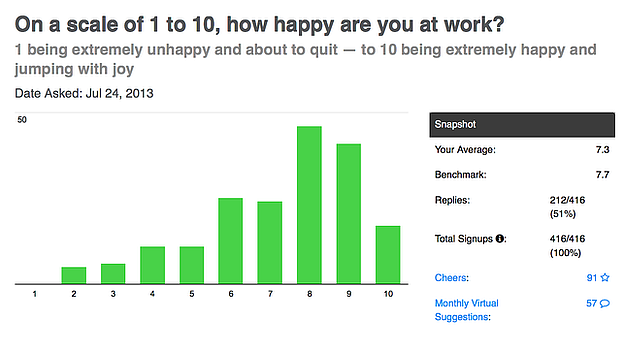 TINYpulse (screenshot above) allows bosses to keep closer track of how happy their workers are via short weekly surveys. TINYpulse is an app which sends out short weekly surveys to workers to see how happy they are, and makes graphs of the results so bosses can see how workers feel each week. Employers can tailor the surveys, and can also give positive feedback straight to workers. The app also allows employees to communicate with their bosses - anonymously.

Microsoft chief envisioning officer and author Dave Coplin believes workers often have better technology at home than in the workplace; it used to be the other way around.

As a result he thinks people are often frustrated at work. "Today people feel trapped by technology," he says, explaining many workplaces have limited its use."

Work.com's Nick Stein agrees. Work.com is a platform that aims to increase performance, by focusing on aligning goals 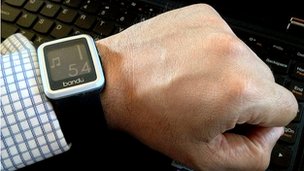 between employer and employee, providing feedback, and mutual motivation. On Work.com employees have profiles which display their expertise and goals, and employers and employees can praise each other on performance day to day, rather than in one end-of-year review.

Mr Stein says the internet has given people more voice than ever before, but work environments have not kept up - it can still be hard to speak up.

Workers may feel they need to be at a certain level before they can express their views.Bandu measures stress levels through a special wristwatch. "In workplaces you revert to how things were before the internet," he says.

"What's happened with the internet age is that there's an understanding that you can't have the same types of hierarchies as they slow things down too much."

Neuroscientist Rob Goldberg believes that pushing people is simply bad for the brain. The result is that they don't do their best work. "We really need to push the perspective that brain health and performance are one and the same thing," he says.

Mr Goldberg is part of Neumitra, a start-up out of MIT. Their app Bandu measures stress levels via a special wrist watch. Feeling stressed is a survival mechanism - however it stops the brain focusing and functioning effectively, according to Mr Goldberg. He says employers should monitor workers' stress levels and adjust accordingly. There may even be the need for fundamental changes. Mr Goldberg points to the high stress levels caused by getting into the office at rush hour. 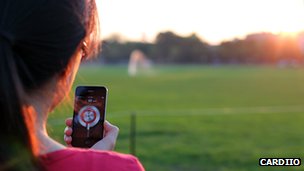 Apps like Cardiio, which measures heart rate, can be used to check employee health

Yet working 9-5 is a historical throwback to the manufacturing production line, and is no longer relevant for many companies, he says.

So one easy way to reduce stress might be to change working hours to reduce the amount staff have to travel at peak times.

Journalist and founder of the non-profit The H(app)athon Project John Havens believes that other health related apps and tools can and should be used by workplaces.

He points to apps like Cardiio, which measures heart rate using an iPhone's camera, and Affectiva, created so that advertising agencies can read people's emotions through their facial expressions.

These tools may not have been designed with offices in mind, but he says they can be used by bosses to see how well, and in turn how happy, their workers are. However, he believes there are other factors at work. "Most of it boils down to having a sense of purpose and meaning," he says about workplace happiness. "These should be more of a focus."

Consultancy Delivering Happiness believes in the importance of deriving meaning from work. 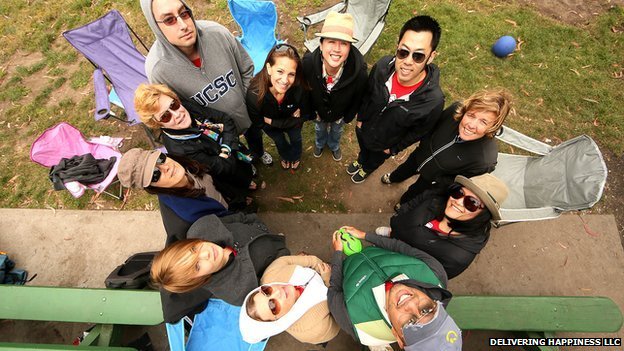 It began as a book by Zappos chief executive Tony Hsieh, looking at how companies could make workers happy while also pursuing profits.

Chief executive Jenn Lim says happy workers require a company that knows what its values are, and that this is more important than tools and technologies.

"[Not asking these questions] is the answer to why we as a society can't sustain our happiness," she says. "It all comes back to very basic things. If we don't have the values in place all the rest could be a lost cause."