It's Time To Move On From The Lagging Indicators of Engagement 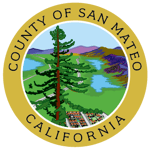 So we saw a 3 to 5% improvement on people having one on one conversations, people having goal and development discussions, people feeling recognized at work, and people being clear on their job expectations. And so, those were things that we focused on, we tried to measure early on, and then measure again after one year, that we knew had a lot of research, were big leading indicators of engagement.

And that's one of the things that I think I've heard of from TINYpulse. The whole model is the old annual engagement survey is really a lagging indicator. You're hearing about how people feel almost after it's too late to do anything about it. And so, we really try... These leading indicators of those conversations, of the recognition, of the communication. That was what we wanted to focus on and where we've seen movement.