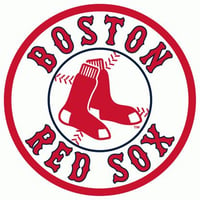 Culture is especially important in our industry I think because we're just at work so much. When you think about how long the baseball season is, there's 81 games, plus more if we're lucky and we're really trying to use Fenway Park as a 365-day venue. We have concerts and we have ice hockey some years. We have football hurling matches, soccer. We've had a 180-foot ski jump in the middle of center field. Weddings, bar mitzvahs, you name it.

We really require a lot of our staff and because of that, we really need to make sure that it's a really warm, supportive, welcoming, very just positive culture and good environment.

Company culture is so important to us because if our employees are miserable, our fans will be miserable. We really need to make sure that they feel well cared for, they feel that we're really a family. I really do believe that more so than any other organization I've worked at, that Red Sox family mentality is really there, because if our employees are happy and feel that the organization cares for them, they'll just go that extra mile with the fans, and it shows through. Whether it's coworkers working with each other and how they're treating each other, whether it's how we're working with our sponsors, our fans, or just the public in general. I think having that strong culture makes a difference there.

I've spent a significant amount of my time on TINYpulse. We have a small department. Actually there's six of us for 1,500 employees, and culture is really a passion of mine. I've taken the lead on, I read every single piece of feedback that's in there. I'm one of the major contributors to responding to it, to synthesizing the themes, to working with our managers on making sure that they're engaging with the tool and engaging with their staff, and to really coming up with some robust action plans and communicating those out. Being new to TINYpulse this year, I've spent probably the majority of my time on that and on culture in the past year.

We just really wanted to involve employees in the decisions that we make that define the culture, and we have such a decentralized staff in so many different kind of functions, that we wanted to make sure we had representation from all of those different parts of the organization. Whether it's our security staff, our ticket takers, our ushers, our full-time sales positions. We meet each month and we review the feedback and some of the themes, as well as just talk about things that are on people's mind. Whether it's from what are we going to do for the holiday party and debating, you'd be surprised at the controversy involved in that and figuring that out, and really just trying to identify how we make some decisions around things that affect people. We've have some sub-groups split out from that, what we call the culture club. We had a social club form, we had a golf club form. Someone was interested in starting a golf club, and they put a suggestion on TINYpulse and we said, "That's great. We're willing to support it. Would you be willing to lead it," and they just took it and run with it.

We had a philanthropy club start from that, because our employees are really interested in getting involved in the community, and also working together to do that. It's just we're still in the early stages, but it's starting to pick up steam and really help support the efforts.

Yeah, so the way that culture club works is we have a representative from each area of the organization, but then we have a bring-a-friend program so each month, each person can bring a different friend. The concept is just to have more exposure to culture-related topics and discussions from more people. We also have a small group of senior leaders from our leadership team there, and we want the leadership team to have exposure to all different people in the organization and vice versa too. It's nice to have kind of a rotating group of people each time while having some consistent people as well.

I think the Cheers for Peers feature is very helpful for my role. I go on there regularly, and I look and see everyone that's getting cheers, and I read why they're getting cheers. I make sure that some of those people that are in less visible positions, kind of the unsung heroes get noticed, and that's shared up to our leadership team. Our president Sam Kennedy is so amazing about writing very personal notes to people about how special they are and how valued they are, and he copies our owners on them, and a lot of times those will come from those, from my reading those cheers and asking him to give a shout out to those people.

I think anyone who's serious about improving culture, or building culture, or really knowing what's on employees' minds and acting on it, should use TINYpulse. I had debated whether or not we do a survey, or whether or not we do something like TINYpulse and for us, I felt that a survey, it takes a long time to do a survey, to do it right. It's a lot of data, so you have to plan the survey, you have to execute the survey, you have to sift through all the data, you have to figure out how you're going to communicate it. Then you have to do the action planning, and it really can take a long time to do it. By the time you're doing actions, people might feel differently. I really liked how digestible TINYpulse was in terms of one question.

We do it once a month and you can always get a sense of how people are feeling at any point in time throughout the year, not just at one point in time, and you give a voice to everyone. I think in an ideal world, people would feel comfortable saying what's on their mind, face-to-face all the time to anyone, but it's the real world, and people don't always feel comfortable doing that. TINYpulse really does give an outlet to those people, and it allows us to really get a sense for what's on their mind and take action on it.