How to invest in your employees and increase transparency at work 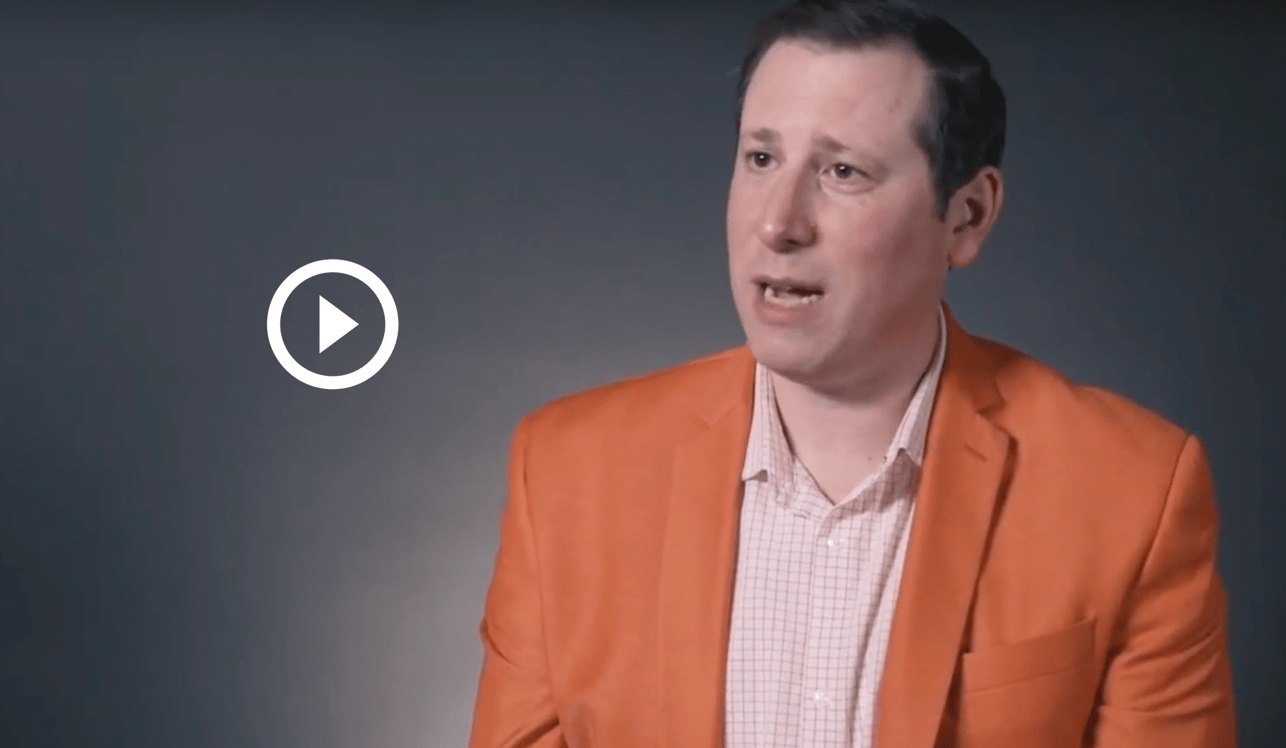 So, there isn't one silver bullet as to, you know, what makes our culture so great or how we got to number one on the Ad Age Best Place to Work list. It's a combination of... It starts with deeply caring about your employees and what it means for them. I started this company, and wanted to build a company that I would want to work for. And, it's also just acknowledging that it's not always easy and it's not, you know, we've got a lot of accolades and there's a lot of great things in terms of culture at our company. But, being open and honest with the team, recognizing the challenges that we have and warts that we have. We're not number one on that list because everything is sunshine and rainbows all day. Right?

We've a very open way of dealing with challenging situations and being transparent, and showing our employees that we care about them by making tough decisions when we have to. So, it's a combination of all those things. The free Cubs tickets help. That's one of them. Usually a fun perk here and there, but it starts with caring, listening, and making sure that you're... It's not just about your statement on the wall, and that you're making those tough decisions on behalf of your team.

What differentiates us in terms of our focus on culture is that we measure it, and we're not afraid to change things based on the feedback that we get. So, there's a lot of companies, and we were operating this way, where your critical numbers are all financial-based. And, that's still important. Like you're a business, you have to be profitable. But, as we started measuring the things that we really cared about. Right? When we looked at our values on the wall, we're measuring profitability. So, as we built in some measurement, TINYpulse really helped us get a read, get some better data on what people like, what they dislike at the company, and taking action on that.

So, I would say that just the focus on measurement and saying for us to be a successful company, we have to make money to stay in business, but we have to create a great environment for our people, and those are equally as important. So, when you have measurement there, same thing with community involvement. We fell off that in 2016. We were... It's not like we cared any less about it, but we weren't measuring it, and when we weren't holding ourselves accountable, we did a whole lot less. So by changing that accountability and making sure the critical numbers that we look at to say, "Are we having a successful year?" If we're not out there in the community, if our employees aren't happy, then even if we're really profitable, that hasn't been a successful year. So, some of that starts with measurement and just holding yourselves accountable for the things you really care about.

Yeah. We've had a lot of surprises from... As we get better data from the TINYpulse surveys, we talk a lot about, I talked a lot about transparency and openness in communication. And, we try really hard and work really hard at being open and transparent, and communicating everything that's going on. And there's an assumption that like that's good, and that's what everybody wants. And there's a big chunk of our team that says like, "Fewer meetings. Stop sharing as much. Make some executive decisions." So there are some surprises there that what you think is going to work for everybody, there are different camps. And if you solve one problem by being more transparent in a certain way and you create extra meetings that some people roll their eyes at. So, it's just a reminder that there are... Every time you fix something, something else breaks, but it's good to have that feedback loop and just being aware of that. And, making certain meetings optional, maybe, is a way to work around that if you know that not everybody wants to be involved in every step of that transparency that we have.

Justifying the investment in TINYpulse or anything else HR-related is... It's easy. The entire value of the company that I built walks out the door every day at 6:00 PM or 5:00, whenever they leave. So our people are our company. I know in propriety technology, our people are the secret sauce in our culture, and so we have to invest in it, we have to care about it. It shows off in spades when we look at client performance and profitability and all the other things that most owners care about. So, you focus on an engaged workforce and you get all those other benefits. So, as a prudent businessman, even if I didn't care about people and you care about money, you invest in your people and it's going to make you more money. So, it's an easy justification from my standpoint.

So, how do you take that first leap in being a transparent company? It's you need to think a few steps ahead. Right? So, starting with being transparent when you know you're having a really great first half of the year and you want to share all the good news. You got to be conscious about the cyclical nature of business, and how you're going to explain that to the team as there's fluctuations or challenges. So it's important to think a few steps ahead. Because once you sign up for that, if you suddenly take it away and say, "We're no longer sharing the books," that causes a lot more problems than you would think about. So, it's not easy, but it's important. I would say focus on education. Make sure the team knows why you're sharing that information, and more importantly, what they can do with it. Right? Don't just share information, but make it actionable, and make sure you know the goals and outcomes that you're looking for by sharing that information.

So, being really intentional about that and not just saying, "Here were our profits last quarter." As a business owner, I think when people really look at the numbers and the margins and understand how this business works and how much we spend on healthcare and all these other things, it's eye-opening, right. I'm sure, as people looked at the books, there were a lot of people that just assumed the two owners were just cashing giant checks and they really get to learn how hard it is to run a business and make money.

TINYpulse helps us because it's a regular cadence. It... By showing people that we're responding and listening, it helps us make decisions based on better data. I think we were in an executive meeting and talking about culture and what's working, what's not, and sort of went around the room after everybody gave their feedback, and everybody in the room was thinking about an individual conversation they had with an individual employee. And oftentimes as a management team, you're biased based on... You're making general statements, but you're thinking about an individual person, something they said in the hallway, right. So, getting some better data on like is this really... Does Jim have a problem or does everybody have a problem? That's really important. That helps us prioritize what things really matter to most people in the organization.

And as our company is scaled and we're not there to have hallway conversations with everybody on the team, it helps me as a leader keep a pulse, it's too easy, on what's going on and where some of our challenges are. And, we've used that. Even though it's anonymous, like when we've responded and been, "Please, let's take this offline and solve for this." We've avoided some... We've avoided people leaving the company, by forcing us to have some of those critical conversations that might not have happened.