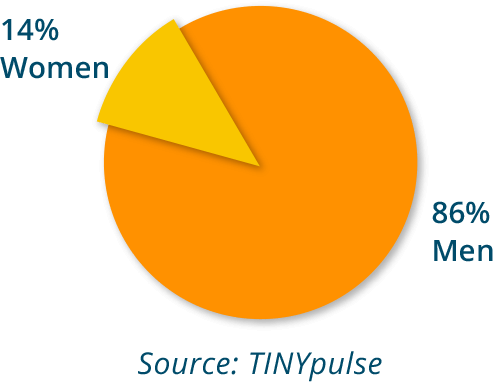 For growing start-ups, those with female founders almost universally outperformed their male-only counterparts. The fastest-growing companies at 200%+ growth, are 75% more likely to have a female founder. 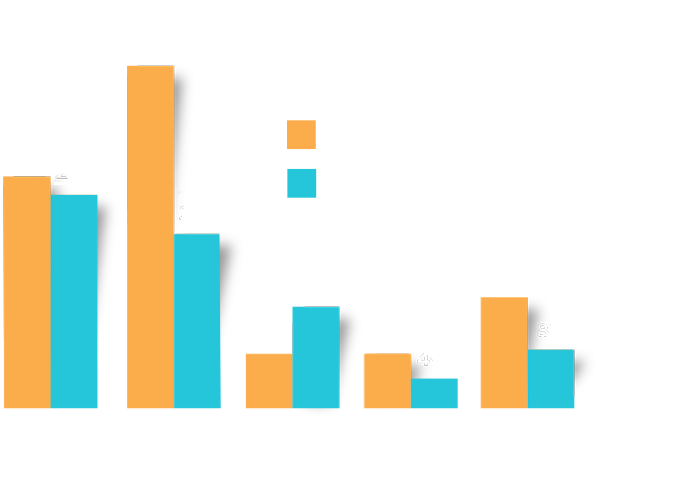 Having more than one founder does not significantly impact growth rates 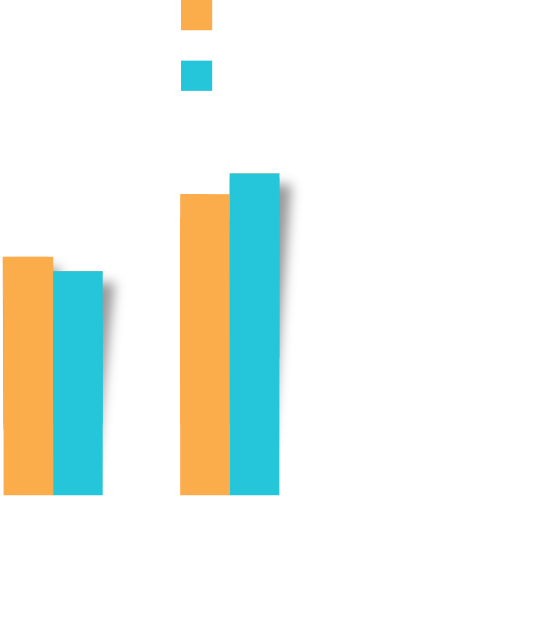 Leaders think their culture is better than it is

Across the board, leaders are over-confident and have a blind spot on how well their company is performing culturally. 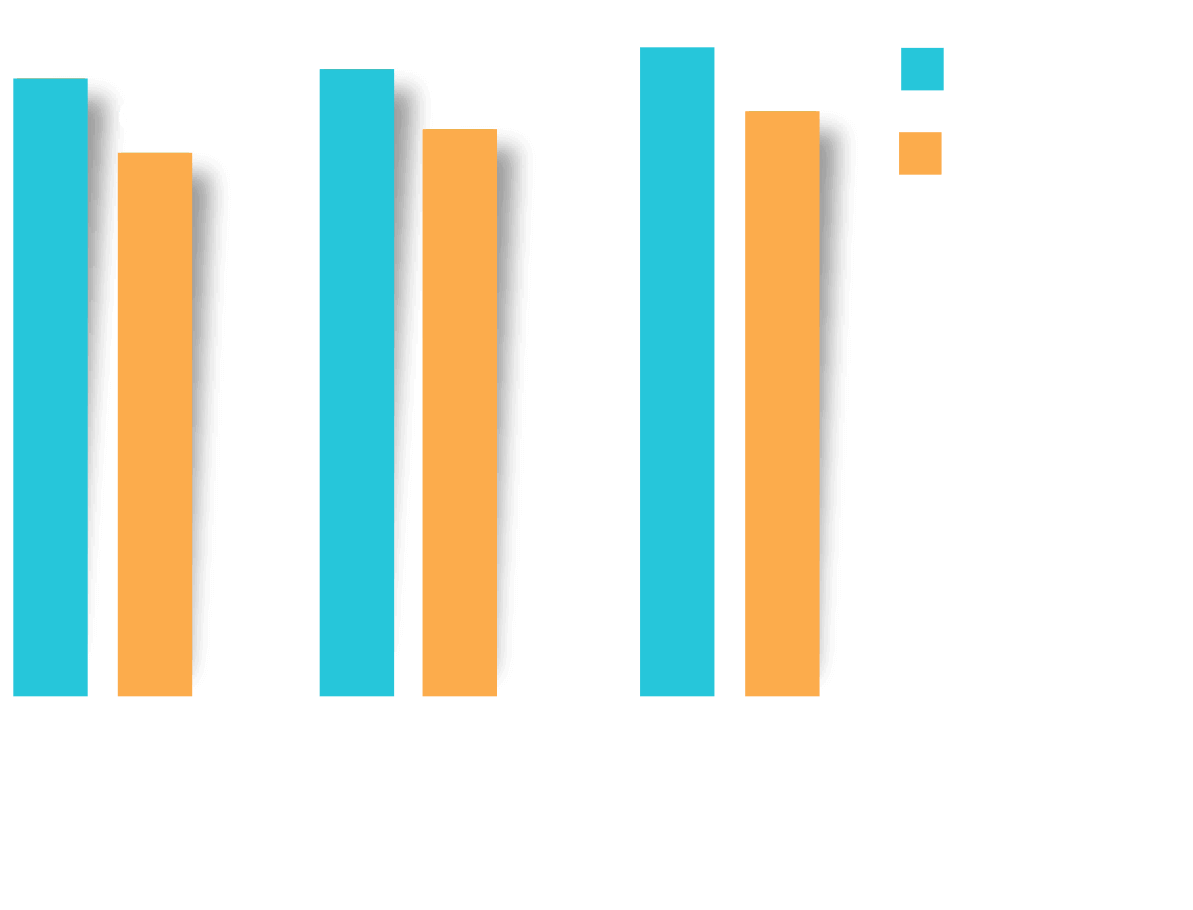 With more employees, CEOs are more likely to rate the importance of culture a 10 out of 10

CEOs who rated the importance of culture a 10 out of 10, are significantly more likely to cite a lack of available talent as a constraint on growth. 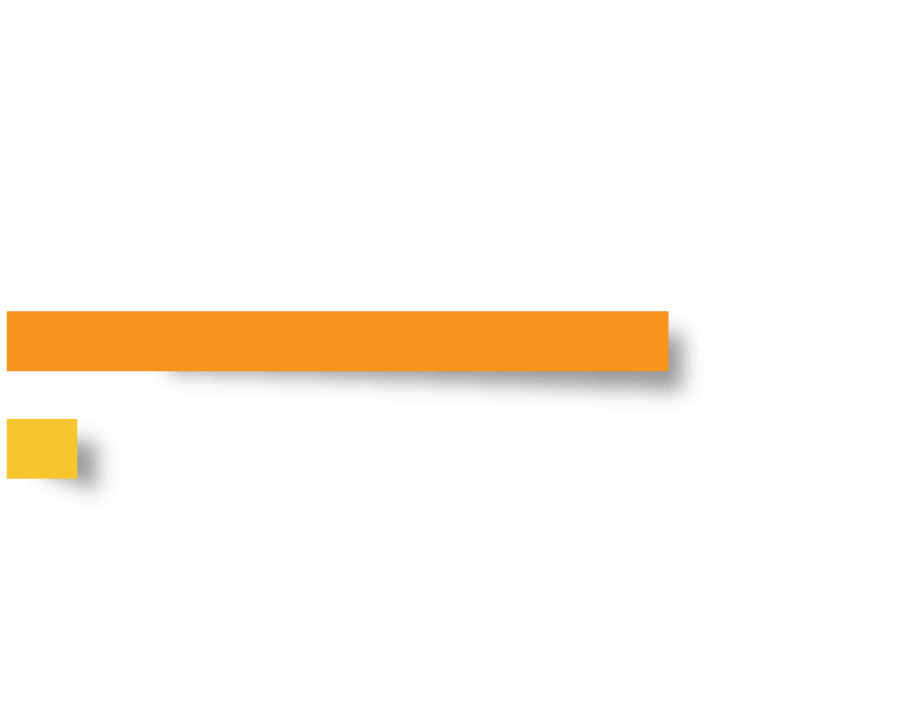 Founders/CEOs who rated the importance of culture the highest had lower unplanned attrition rates. 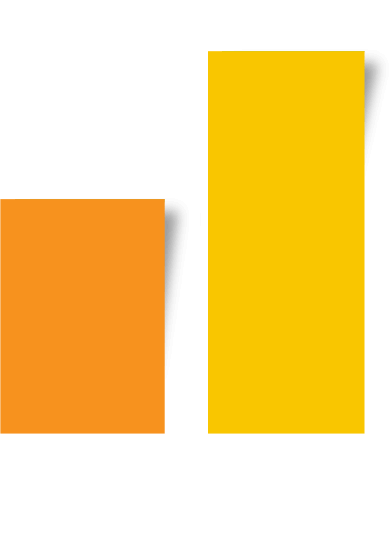 We found that employees' ratings of transparency, happiness, and feeling valued have the highest correlations with the level of employees' likelihood to stay and to refer.

Growth in headcount and revenue is the highest correlated with transparency 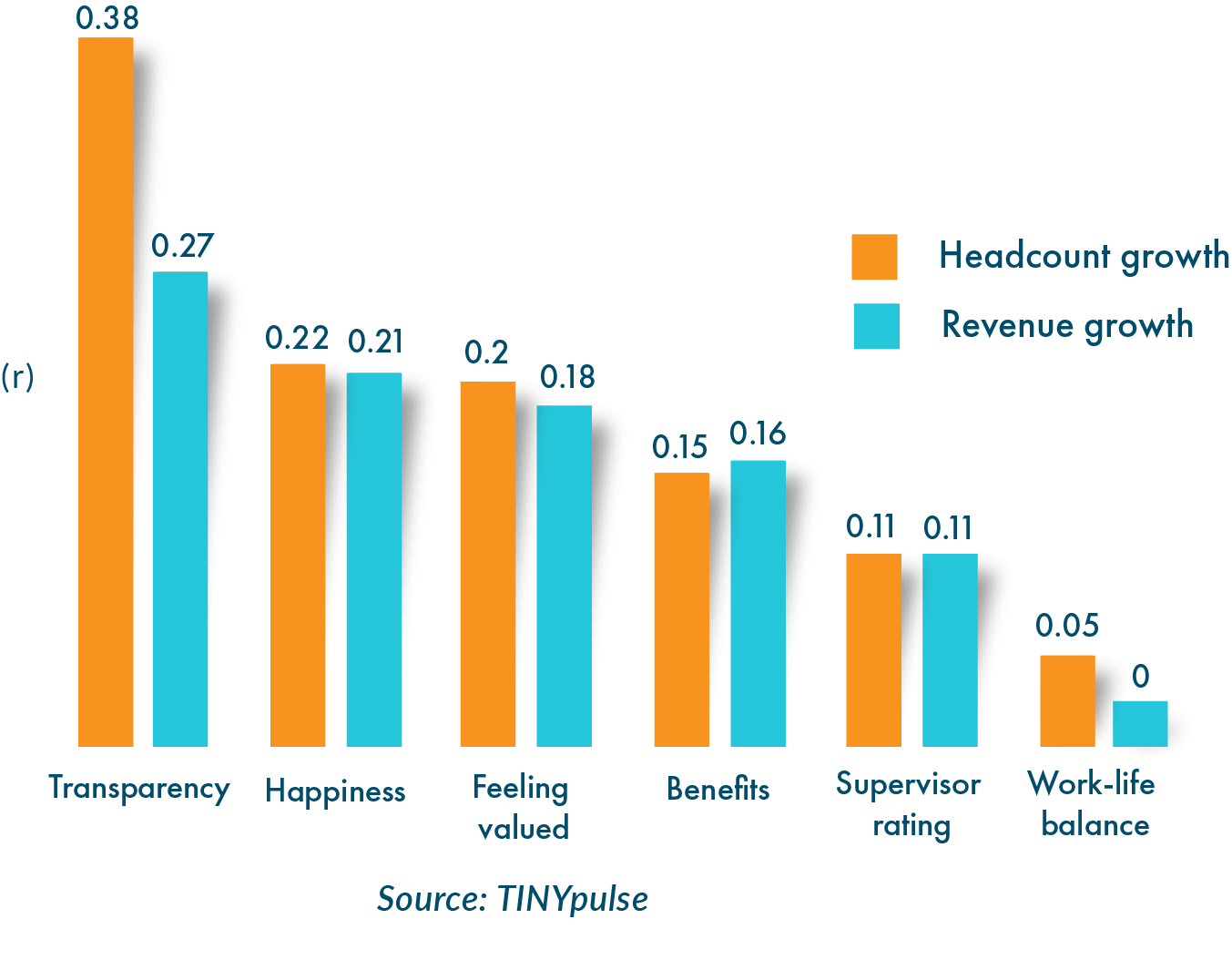 We appreciate all the founders who care so much about measuring and improving their culture on an ongoing basis. In addition, we're grateful for the thousands of responses from the employees of the companies that participated too. Finally, thank you to the VC's who also care so much about their portfolio companies' cultures to share an invite to this research with their founders. To happier employees!

Thank you for your interest in receiving a free cultural assessment. One of our employee engagement consultants will be in touch shortly to set you up. In the meantime, learn more about creating a dynamic culture.