Vietnam brought back good memories. I was first introduced to Alice via Facebook when I’d visited Dave before in 2009. Coming back to Vietnam also freed me in a few unexpected ways. For starters, I could finally access sites that are blocked in China, like Facebook, Gmail, and Dropbox.

After traveling with three others in such tight confines for months, traveling solo was a nice break. Dave and I could stay out late or I could wake up later than 7:30am, when Keira always seemed to wake us up. As I was with Jeff, I was pumped to share with Dave my idea for a new company, thoughts that had developed since our time in Queenstown. He provided two additional lenses to help me evaluate the idea.

First, he admitted that he lacked a sense of how well Vinasource’s culture is working. He thought this issue impacted him acutely, due to the reticence of his Vietnamese employees to open up to their bosses. One toxic employee can poison the work environment for others, so why wait for the problems to come out in the annual review season?

Given the culture in Vietnam, his “open door policy” was effectively a “closed door policy” in the eyes of the staff. Saigon, like many other places, is critically short of software developers. Dave dreaded receiving sudden resignation notices from his staff. Finding and replacing departed employees took precious time and money.

Hence, in order to retain employees, Dave and his managers need feedback. He wanted to know when his initiatives made employees happier, since they spend over half their waking hours at work. He didn’t want to fly blind any more.

Second, he says I came to him like a changed man, brimming with energy around this idea. He could feel my passion about helping other entrepreneurs create happier workplaces while also recognizing the large market-size opportunity, since all organizations theoretically want higher morale.

Dave also told me that for an offering like this, he’d pull out his credit card and pay immediately. We then began to talk about execution. After a deep dive into details, he became so excited that he offered me a discount for Vinasource to build the prototype if he could be a beta customer. Deal!

He needed a name for the project. I chose “TINYpulse.” I chose the word tiny to bake lightweight, easy, and approachable qualities into the brand. We’re not “huge pulse”—that is, we’re not trying to be all things to all people.

I chose the word pulse because this service would send out surveys on a normal pulse-like cadence. Plus, it would give the entrepreneur the pulse on how his staff is feeling.

Finally, I chose to counterintuitively capitalize TINY because I felt that human resources often gets a bad rap. For example, when NetConversions was acquired by aQuantive and I had a question about benefits, my new boss told me to talk to HR. My visceral reaction was immediately negative. In time, I realized that Terry in HR was great and easy to work with. But why was my association with HR negative?

Most likely because in the past, I’d associated HR with rules, policies, and compliance. But I believe HR solutions done right can be elegant, positive, and tiny. That’s why I decided to capitalize TINY: to reinforce the brand we’re building.

Back on the Daddy Track

I look forward to returning to Vietnam someday with Keira and Alice so they can also enjoy the great food, massages, and Vietnamese culture (hopefully on a future careercation).

I returned to Shenzen, where Alice had been nesting with her dad, his wife, and their family, doing fun things like taking baby glamour shot photos. Kayla also took a much deserved solo vacation to explore Guilin and Yangshuo.

Alice’s family relished getting to know our little Keira for the first time, and with delight and surprise they admired her independence and fearless attitude. They adored her and marveled at how she differed from their other grandchildren. For example, our bedtime routine is to finish with a kiss, put Keira to bed, and walk away. The other grandchildren’s nanny was aghast that Alice didn’t rock Keira until Keira was completely asleep or even sleep with her.

Alice enjoyed catching up with her family, but unlike Kayla and I, Alice hadn’t had much solo downtime. So the hominess was starting to suffocate Alice. The lack of green space and being dependent on others for transportation only compounded the issue.

Leaving on a High Note

We decided that Alice needed some pampering. We let the grandparents look after Keira and treated ourselves to massages at a big, luxurious, Chinese-style spa, complete with TVs, cocktails, karaoke—and, typically, ashtrays.

On top of that, Alice’s half-brother, David, arranged a big treat and helped knock off an item from my bucket list. When I studied at Peking University in the mid-90s, back when I first met Jeff Hu, I dove into Chinese culture. I started listening to Mandarin pop songs. My favorite singer by far was Jacky Cheung, a superstar then and now.

David mentioned that Jacky Cheung was delivering one of his final performances in Hong Kong. Were we interested in going?

Was he crazy?! Of course we were interested. I usually don’t like concerts, but couldn’t wait to see this one. Alice was excited too and recognized his popular hits. Almost two decades after I heard him on cassette tape (yes, I still have that tape), we got to hear him live, in person. It was fantastic to see fans from all walks of life and all generations come out to hear him sing. This was definitely a high note of my careercation. 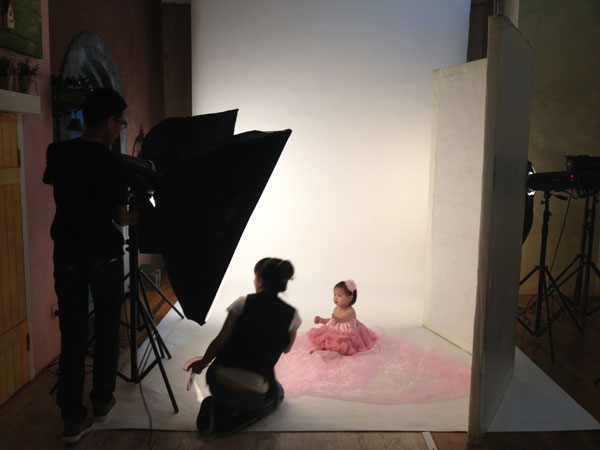