After staying about two weeks with Jeff in Shanghai, we were all excited to go to Vietnam. Unfortunately, a hand, foot, and mouth disease outbreak was killing kids in Vietnam. This scared Alice. So we decided that I would continue to Vietnam solo while they would fly to Shenzhen to spend quality time with Alice’s father.

From the local four-hour plane ride from Shanghai (not counting the four-hour delay at the airport) to the end of our stay in Shenzhen, what fascinated others and intrigued us as well was how differently we seemed to raise Keira. We encouraged her to be autonomous and explore.

There were definitely eyebrows raised when we did not attend to Keira the way other families responded to their toddlers. I’m sure part of this can be attributed to China’s one-child policy. It leads grownups to dote on children. There may be four grandparents putting all their lovin’ into their one and only grandchild—not to mention parents and nannies catering to the same baby.

So we were interested to see how Alice’s family would treat Keira, especially since this would be the first time both grandfather and grandmother had seen her.

On the work front, I didn’t have any interviews scheduled for Shenzhen and only Dave Hajdu was scheduled in Saigon. David had also attended the EO Queenstown conference where I started my careercation, and I couldn’t wait to get his feedback on my idea. I would get his perspective after many late nights talking about my pursuit of personal and professional happiness with a careercation jumpstart. 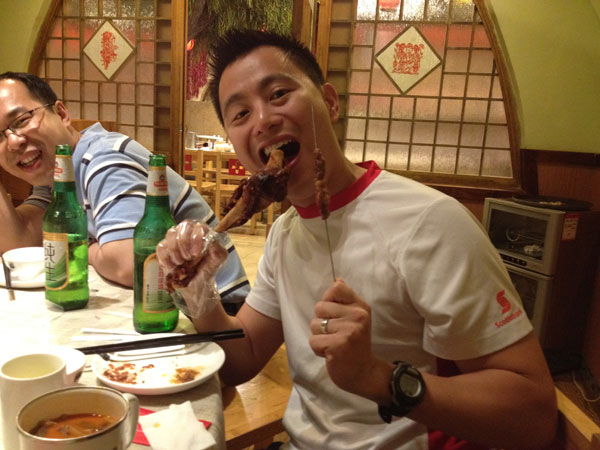