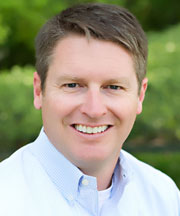 Frontera is a mobile medical diagnostic testing company and was founded in 2001 by Ches Williams, Nate Nelson, and Richard Baker. They worked at the same startup fifteen years ago, and when the dotcom bubble burst, they were forced to figure out what to do next.

At the time, neither partner had any experience in the healthcare industry and didn’t even get regular doctor's checkups. But they were intrigued with the space and had encouragement to pursue their business idea. Getting investors, in Ches’ own words, was “comical” without any founder healthcare expertise, so they boot-strapped the business. They were able to get a small business loan, and the equipment manufacturer gave them favorable terms to start acquiring machines and diagnostic equipment. Today, Ches is happy to report that many of their first clients are still with them, and as Frontera’s business has grown, so has that of their clients.

We dug more deeply into Frontera’s growth and how their culture has evolved over the years. Ches often proclaims that he’s no expert, but he shares a bunch of fundamental (and pretty damn good) best practices on how to improve company culture at work.

We’re All in it Together

Looking back to 2011, Frontera went through tough times due to cuts from health insurance policies. During that period, they guarded information from others in the company. An epiphany happened at a low point when the founders needed everyone’s help to turn the company around. Ches and his partnters decided to open up a new era of transparency and shared financial data with key employees who had previously been in the dark about profitability and couldn’t even guess the company’s revenue size. They embraced the Rockefeller Habits company-wide, created quantifiable goals, and opened communications. Everyone got on board after this, and it became a turning point in the culture.

Integrate HR Earlier and with a Higher Purpose

Frontera hired their internal HR when they reached forty employees. Looking back, Ches wishes he’d hired an HR consultant much earlier on a fractional or retainer basis. Initially, Ches’s partner did the HR, and he did not like doing it. But it wasn’t any of the partners’ core competencies, either. If they had brought someone in who knew what they were doing much earlier, they all would have experienced less pain going forward.

Hiring a full-time HR specialist brought a new, now integral energy to the on-boarding process for new employees. Frontera used to start new employees on Monday, the busiest day of the week, when managers were the most distracted. On top of that, new hires were relegated to a corner to fill out paperwork, then just lurked around until someone finally had time to focus on them.

Ches took an excerpt from a Jack Daly presentation:

Daly: “Show of hands, how many people have had a party for your employee on their last day of work?”

(Everyone in the audience raises their hand.)

Daly drives home the point that most company cultures do not invest in the on-boarding process as much as they should.

Ches and his partners decided to change Frontera’s on-boarding process, and the moment they did, the employees loved it. From day one, a new hire starts to understand the company’s history, vision, mission, values, and how the company makes money.

Now, newcomers have a welcome sign on the board with their name on it. On the first day of work, their coworkers have a party to show the employee that they’re excited to have them on the team.

I like Jack Daly’s question and have been guilty of this at NetConversions and BuddyTV. But now I see how important it is to make a first impression on new hires. Now I’m actively looking to upgrade our new hire integration process, especially their first week to focus on vision, mission, and values right away.

Ches acknowledges that they can always do better at understanding what motivates people. When a manager comes from a sales background, it’s easy to assume that other people are also motivated by extra money. But Ches and his partners learned that some people want more recognition, others would like more time off, and some will strive a little harder to be rewarded with a trip. Ches aspires to create a compensation plan to help everyone achieve their goals, whatever they may be, and understanding the motivating factors is the first step.

Every year, Frontera awards a “Heisman” award to an employee that goes the extra mile and embodies their culture. The idea behind this award: if everyone was like this prize-winner, Frontera would have an A+ culture. The award is a three-night stay with their spouse at a resort that Ches himself vacationed at many years ago. The experience at this resort left such a memorable impression that he still talks fondly about it today. He wants Frontera to have a similar positive impact on their own customers—he wants clients to talk about what a wonderful experience they had with the company’s services.

Ches and his partners also know the power of daily recognition. His partner Richard started the “You-got-caught!” initiative that empowers employees to recognize their peers for good deeds each day. Many Frontera employees are field based, so the executive team rarely got to see them do phenomenal things. Employees feel great about recognizing a peer, and the peer loves being recognized. The initiative quickly gained popularity and effectively reinforces core values and purposes.

In addition to daily recognition, Ches explains that company events are important unifying activities, especially because their employees are spread out over a large geographic area. “Frontera’s Amazing Chase” was an urban race they personally created along with a hired event planner. It brought employees from different locations together in spirit. Everyone in the company knew that they were doing the same things as other employees in different areas, which built camaraderie and created a meaningful shared experience, which is vital to a positive company culture.

Frontera partnered with a company personality test called Culture Index (CI), which improves manager and partner communication with employees. Publishing the profiles company-wide promotes understanding amongst the staff. Ches now knows that he has to slow down when talking to someone in his office who is very detail-oriented, or use different listening skills with someone more introverted. The test results also assist in the hiring process. By better determining who will thrive in certain roles, top performers can be hired and nurtured more effectively.

For a guy who keeps saying he’s not an expert in HR and company culture, he sure has a lot of great ideas. Ches acknowledges that with so many new culture initiatives coming down the pipe—Rockefeller Habits, You-Got-Caught, Culture Index, and a few more—Frontera risks overloading employees. People might just throw up their hands and say, “I don't get all this stuff!” So Ches intends to patiently see these things through and to let change happen over time.

He says, “The train has left the station and we're going down this path. It’s up to us to help them believe it, but not everyone wants to be along for the journey, and that's OK.”

Maybe the key is to admit we’re not perfect so that we’ll always keep striving to do better.