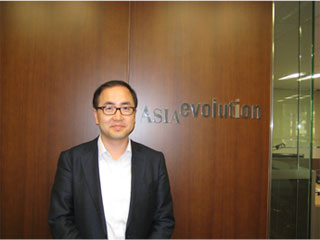 John Park’s first job was at Mead Data Central in Dayton, Ohio, which is about as Midwest as it gets in the U.S. Having lived in Korea during his formative years, then in Japan for junior high and Australia for high school, John quickly noticed the differences in business culture between Korea and the U.S. He observed that the American work environment is much more open, flexible, and dynamic than the Korean work environment. This first impression would stay with him as he worked at other American blue-chip companies like McKinsey and Goldman Sachs.

While working at Goldman Sachs in New York and Seoul, John Park saw an entire middle tier of Korean companies that needed advisory work but couldn’t access guidance from Goldman Sachs because top-tier advisory companies preferred to focus only on top-tier companies. John wanted to support and make a more significant contribution to Korean businesses. So he started Asia Evolution on the auspicious first day of the millennium, January 1, 2000.

He has learned many valuable lessons over the years, putting a lot of work into the culture and helping the team develop good habits. John balances his admiration for open and dynamic styles of management by reminding himself that he works in the ever-conservative financial industry.

Today, the vision and principles of Asia Evolution are customer-centric and results-oriented while still being very attuned to the people within the company, their communication, and their teamwork. The company embraces a blend of East and West management styles that John has picked up throughout his life.

He shared the following unique insights and tips.

After John had explained this policy to me, it was quite easy to understand. People must complete whatever they have committed to doing that day before the sun sets. If they aren’t done by sunset, then they must stay late to wrap it up before going home (or get approval from clients/colleagues for an alternate date of completion). They also have the flexibility to go home when projects are complete, without the pressure of unproductive “face time.”

John wanted to improve certain elements of Asia Evolution’s culture. Similar to any entrepreneur, he was impatient and expected more immediate results. What he learned through implementing cultural changes is that it takes time and patience. It’s taken at least six months to see substantial cultural change take hold.

It’s fascinating that I’ve never seen in popular literature how much time it takes to change a culture. As we all know, culture is organic and can improve or flounder over time. However, I never received a data point qualifying that it could take about six months for substantive changes to appear.

As an entrepreneur, I’ll usually fire off an email on Friday and expect changes on Monday because I’m so impatient. But now I know I have to be patient and consistent in my investment. What I put in is what I’ll get out of my commitment to creating and maintaining an outstanding culture. There are no shortcuts.

Balance Your Approach to Cultural Changes

John Park learned that he needed to implement cultural changes on top of a stable platform. Otherwise, wholesale changes were too disorientating for his team to accept and embrace. So now, he eschews large changes and instead implements piecemeal changes.

Two to three years ago, Asia Evolution started holding team offsites. The first year, the event was all leisure, but then John created agendas for subsequent company retreats. Now they have three offsites per year:

At first, John Park thought he was too busy to hold these offsites, but then he realized that he really needed them. He now views them as a successful investment in his people and business. In fact, these retreats have helped bring the team closer together, and a hundred percent of his employees provide enthusiastic, positive feedback in these meetings.

When possible, John’s assistant schedules dinner for him and a different team member every Monday. Since there are twelve employees, John has a private dinner with each employee about once a quarter. It is a casual, informal way for John to receive feedback on the company and even his performance. By the end of each dinner he asks, “What one thing would you do to improve Asia Evolution?” This question has been remarkably effective in eliciting thoughtful comments and suggestions—many of which John has implemented, like Friday team meetings and increased training.

Asia Evolution divides reviews into two parts. In June at their company offsite, they provide informal 360-feedback to everyone. This review has no bearing on compensation and is meant to be more casual. They follow up with their formal 360-performance review, which does impact compensation, in December. Each employee reviews every colleague with whom they’ve worked to provide a 360-degree perspective. John believes this is a good rhythm of informal and then formal feedback that has worked well for Asia Evolution.

John’s a big believer that less is more. He thinks that if an employee receives too much feedback, they can’t properly process and prioritize how to improve. So he forces everyone to provide only up to three feedback points for each person. To ensure this, the review form has only three fields—no more can be added.

John realizes that employees are more receptive to feedback if there are concrete examples attached. Therefore, when he emails an employee feedback or suggestions, he’ll copy himself on the email. He’s created a folder for each employee and organizes the copied emails into each employee’s folder. During review time, he has quick and easy access to specific examples for his feedback.

John firmly believes that success grows from a combination of passion and perseverance. Passion is necessary to keep morale and motivation high. However, entrepreneurs sometimes don’t get the business model right the first time. Then they need perseverance in the face of daunting odds to keep plugging away.

John Park’s successful career has straddled both Eastern and Western companies and philosophies. Not surprisingly, at Asia Evolution, John has adapted the best practices of both into Asia Evolution’s culture and people-management processes.

For example, he’s maintained a more structured work environment than what Koreans are accustomed to, but he blended it with more Western initiatives to promote collaboration, innovation, and employee buy-in.

John Park constantly seeks to learn and refine his company’s culture. I believe that it’s precisely this flexible approach that has enabled him to build such a successful company, one that leaders can learn from, regardless of where their companies are based.