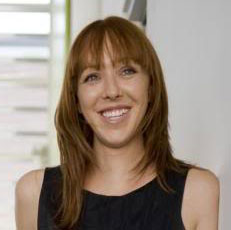 Rebekah Campbell of Posse is a natural self-starter and promoter.

At thirteen, Rebekah attended a birthday party at a local restaurant and was bored by the clown that was entertaining the guests. The very next day, Rebekah called the restaurant owner and sold him on reasons why she should be the new clown. She was hired instantly and loved her job—she even joined the union (who knew there was one?) From this experience, she learned the power of asking. If you don’t take initiative and ask, you won’t ever get.

Even before that, at age seven, Rebekah had learned a valuable lesson about work. Selling flowers from her house, she couldn’t get cars to stop by, and she did not make a single sale. The next day, her mother bought her some balloons to make her stand more noticeable. After Rebekah had sold all her flowers that afternoon, she burst into the house to tell her mom. Rebekah was calmly and quickly given a bill for the balloon investment. Business has costs before it has profitability at any stage—or age.

As an adult, Rebekah landed in the music industry as a concert promoter. She started her own music management company and got creative selling the tour for the well-known Australian rock band Evermore. Rebekah maintained tight budgets when promoting concerts, usually spending around $20,000 to put up posters and advertise in music publications. She could quickly tell if the campaign was working based on how ticket sales in the first few days.

Unfortunately, for an Evermore concert in Perth, her methods were not working. Rebekah devised another plan and emailed the passionate fans of Evermore in Perth, offering them the opportunity to promote the show. She allotted participants tickets to sell in exchange for a commission and even benefits for selling more, like gaining better seats for themselves. Lo and behold, she ended up selling out Perth and went on to be very successful in concert promotion.

After several fruitful years in this field, Rebekah Campbell decided to start a technology company to capitalize on her inspiration. Posse, founded in 2010, started out as a digital music promotion service but has since transitioned into a broader sector. Posse has evolved into a social search engine that gets people excited to share their favorite places with friends and receive recommendations about experiences from others. The company employs thirteen people, and Rebekah relates below the wins and re-dos from starting Posse.

Since Rebekah cannot write code, she outsourced Posse’s early-stage development to India. She quickly learned one of the main drawbacks of this approach was that the outsourced developers weren’t obsessing about the service. They were just writing the code according to the specifications. But even when coding to specifications, there are tons of mini-decisions that need to be made along the way. And if the developer is not invested in solving the customer’s problem, the decisions won’t be optimized around that.

Rebekah concedes that it may make more sense to outsource development if the prototype or code is straightforward. But what they were developing at Posse was just too dynamic and innovative for an outsourced solution to work for them.

On the other hand, if you’re the founder but cannot code, ceding the vision to a technical team can challenge your confidence in how the product should work if someone tells you “it can’t be done.” But Rebekah conceived the concept, stuck to it, and found a team that could make it happen exactly the way she wanted it to.

It took Rebekah quite a while to find the right CTO, but she thinks that finding her current guy, Alex North, to fill the role is the best thing that has happened to Posse. She’s also relieved that she didn’t jump the gun and hire someone who wasn’t right for such a key position. With a small team, Rebekah willingly sacrificed rapid growth to find the right team member.

Rebekah Campbell admits that they are ruthless at Posse when a new hire doesn’t fit in. In fact, they let someone go who was a good coder but did not embrace their culture within the first two weeks. Now, whenever she gets a gut feeling, she knows that she needs to act on it—posthaste.

After spending a good amount of time to find Alex North for the lead technical role, Posse revamped its interview process. Rebekah admits that she likes people and wants applicants to do well, but previously she didn’t screen as stringently as she should have. Now she’s much more skeptical and tougher, and she even conducts exercises with the applicants. They’ll usually hold at least three interviews, if not five, before making a decision. In addition, she now looks for the holes in the applicant rather than for the good spots. She notes that this is much tougher, but the results speak for themselves—they have a much stronger team today.

I’m a believer of the adage “hire slow and fire quick.” If someone doesn’t fit with our organization, then we’re doing them a disservice to keep them languishing. I opt for transparency and coaching to course-correct quickly for these individuals. I believe it’s fair to all parties. The time that leaders invest in problematic employees is time that should be investing in the stars. Stars drive our business!

Posse leverages a lot of the best practices from Google (where Alex used to work), including the quarterly performance-review cycles. During these quarterly performance reviews, everyone writes down their contributions and concerns for that quarter. Rebekah really likes this approach because everyone is always thinking about what they’re going to be able to list under contributions, and they can focus on working towards that.

Alex, Posse’s CTO, likes to focus on individual’s strengths and leverage those instead of trying to improve his employees’ weaknesses. This perspective sounds like the missive that Marcus Buckingham delivers in his book Now, Discover Your Strengths. At Posse, they eschew detailed action plans that focus on how to round out an employee’s weaknesses and instead plan around how to focus on something at which they excel.

Everyone at Posse receives stock options so that they gain a sense of ownership. In addition, Rebekah tries to be as inclusive as possible when it comes to strategic planning and brainstorming. She admits that this method is more challenging, but she thinks it’s worthwhile if everyone buys in.

Rebekah also shares with her management team her own quarterly contributions and company concerns. She always speaks first in these meetings and finds that the more open and vulnerable she is, the deeper the team digs to truly get to the heart of issues. To see how much she actually walks the talk about transparency, go to her blog to learn about the ups and downs of her journey developing and growing Posse at: www.rebekahcampbell.com.

From selling flowers to being a clown to promoting bands to starting Posse, Rebekah learned some critical lessons on being a better leader and embracing change.

She figures that entrepreneurs fear failure less than they fear missing out. Which is probably part of the reason why she couldn’t buy a house; instead, she used the down payment that she had saved for a home to purchase the Posse.com domain name after a fierce back-and-forth in an online auction.

Similarly, Rebekah shared that at her most recent staff Christmas party, she looked in stunned silence around the table at the eleven people who attended. She realized that none of the people from the previous year’s Christmas party were there, including her board members—the company had seen a complete 100 percent turnover rate in only a year. Trusting in her vision means not missing out on seeing all that Posse can become.