Australia: Looking Back Down Under

Stuart Finlayson reminded me that one of his favorite YouTube Videos is also one that I love. At a music festival at The Gorge in Washington State, in the lawn section far from the stage, small groups sit in the sun enjoying the music. But one guy has stripped down to his shorts and shades is not holding back—he dances like he’ll never dance again. You can hear the band rocking out, but nobody else is up and moving except for this guy. You start thinking this guy is a weirdo and feel sorry for him as he continues to unabashedly dance by himself.

Until … one other kid runs from somewhere across the lawn and joins the dancer in shaking it with abandon. They carry on like this for a couple of minutes before a group of other concert-goers runs up and makes it a little party. Then everybody wants to join the fun, and soon enough the whole hillside erupts with dancing.

It perfectly illustrates how when starting a business, one has to prepare to dance alone; others might not jump on board right away. But given enough perseverance, dedication, and passion—it can happen.

Along the same lines, my friend James Wong shared with me a quote, “When a company starts, a culture also starts. So why not be intentional in creating a great culture?” And the foundation of any culture comes back to the people the entrepreneur hires.

In fact, as an angel investor, I always bet on the people, because invariably the idea someone starts with requires a pivot (an educated change in business direction, strategy, or tactic). In my first two startups, Andy and I definitely needed to pivot before finding success. It’s rare that someone nails the idea out of the gate. Hence, I bet on people.

The Power of People

I had interviewed five entrepreneurs in New Zealand and nine more in Australia. It amazed me that regardless of industry, size, or geography, so far everyone I interviewed could go on at length about leadership challenges, culture, and managing people. When I asked these leaders what they considered their most valuable strategic assets, most mentioned their people—not marketing, not their distribution model, and not their offering.

This group of Australian business leaders also provided hope. Almost all of us have worked at a place with a bad culture, where work is just work. However, these interviewees highlighted that a culture is organic, fragile, and ever-changing. Even the best cultures can crumble with neglect. But they can also be saved and bloom again.

No Shortcuts to Building Up a Culture

Andrea Culligan helped quantify how much time it takes to repair or reboot a culture. As entrepreneurs, we send out an email on Friday and expect results the following Monday. But in reality, it took Andrea six to twelve months of concentrated effort before she saw sustainable change. This time horizon for cultural shifts was later independently corroborated by other interviewees. There are no shortcuts.

When Andrea and Rebekah replaced large chunks of their team, they injected much-needed new blood and helped rebuild their culture. However, turning over people makes no difference if the underlying culture doesn’t change at the top. The new employees will simply become jaded, like their predecessors did. Change requires a combination of dedicated leadership plus energized staff.

Ultimately, upgrading a culture isn’t easy, but it’s certainly worthwhile if we look to Andrea and Rebekah’s happiness as evidence. 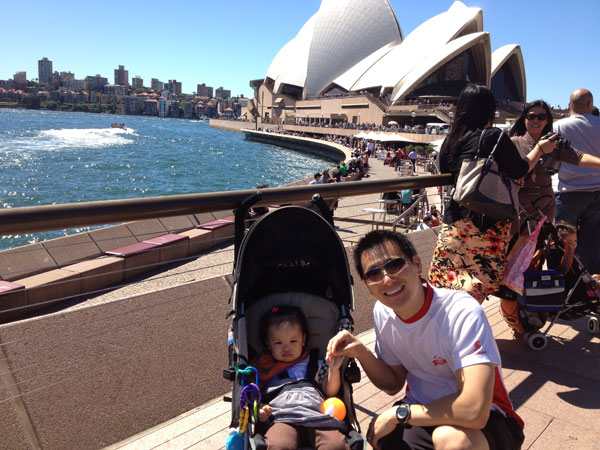 Shifting Tides for the Family

On the family front, after a great stay in Sydney, we energetically moved on to hippie haven Byron Bay, and then to the world famous Gold Coast surf spot. We landed in a beautiful rental home. Sadly, the weather did not cooperate with our quest for vitamin D. The climate felt more Seattle-like in an uncharacteristically chilly late summer down under.

Alice and I were determined to make the most of our time there. So one early morning, we took a romantic little beach kayak excursion. Unfortunately, we’d booked it the night before a storm hit, and rather than retreat, we showed up. It reminded me of a scene out of Cast Away, when Tom Hanks madly endeavors to paddle past monster breakers with desperation and pathos. In our dual kayak, we paddled with all our might before getting crushed and thrown overboard. Breaker 1, Nius 0.

We regrouped, gathered our composure, and now had sized up our enemy. With renewed vigor, we paddled ahead. Boom! We ended up capsized into the surf again. Breaker 2, Nius 0. Now we were the last kayak to break past the surf. So with more experience and a bit of embarrassment and determination, we attacked the breaker again. FINALLY, we broke through. The Nius were on the scoreboard.

Meanwhile, Kayla’s mother came to visit her. It was fun to add a new family member for a while. She also adored Keira, who enjoyed playing on a beach for the first time in her life.

Even though the weather didn’t smile upon us, we left Byron Bay with great memories and drove to the Gold Coast eager to make more memories. Kayla was also excited to hit the Gold Coast because her boyfriend was flying in to visit too.

Unfortunately, things took a turn for the worse. Pneumonia took down the Niu adults. What started out as colds worsened with time. First Alice got so sick that she made an appointment at the clinic. She urged me to see the doctor too, but I thought I could ride it out. But then I got so sick that I asked to piggyback on her appointment. I did not want to die in Byron Bay. It was terrible to go back and forth from sweating like a pig to bundling up in all the clothes I brought, shivering under the blankets.

After so many visits to the clinic, I grabbed a business card so I could mail a thank-you note down the road. As I walked in, the receptionist cheerily recognized me and said, “Why are you back again, David?” I was disheartened. Usually on a vacation, it’s the bartender who knows me on a first-name basis, not a doctor’s receptionist! Still, I’m grateful we received good care and got nursed back onto our feet.

I will never again take my health nor my family’s health for granted. One premise of the careercation was to travel before my health starts its inevitable decline. I’m grateful that Alice embraces taking long breaks like this throughout our lives. It definitely resonates with my decision to live more intentionally, create our own opportunities, and seize the day.

I was also amazed that little Keira came through unscathed. We were so concerned that she would fall ill. But once again, she proved her resilience. I’m glad she had ample opportunity to roam around the beach with Kayla and her mom when I was still incapacitated.

I stayed bedridden for days except to see the doctor and use the restroom. As I finally started regaining my health, I flashed back through my interviews. The stories about passion and perseverance inspired me. I also thought about how almost everyone mentioned people and culture as crucial to their business success. I couldn’t wait to dive into my interviews with my first group of Asian entrepreneurs and explore this with them.