Why Your Company Should Embrace March Madness The 2017 NCAA Men’s Basketball Tournament — more commonly known as March Madness — kicks off tomorrow, March 14, with the first four play-in games. The first round of the tournament officially tips off two days later on March 16.

Suffice it to say, over the next three weeks a significant amount of Americans will be glued to the television in an attempt to capture the excitement of March Madness — and check to see whether their brackets remain intact.

While, by some estimates, March Madness contributes to a collective loss to the economy of $1.9 billion due to distracted and unproductive workers, that doesn’t necessarily mean you should take drastic measures to prevent your employees from catching the action — even if they’re participating in a March Madness office pool.

It’s true that a majority of pay-to-enter March Madness office pools are illegal. Unfortunately, an impressive chunk of Americans who collectively wagered $9.2 billion on March Madness in 2016 didn’t get the memo. So while March Madness office pools — just like pay-to-enter fantasy football office leagues — are most likely against the law in your jurisdiction, you almost certainly will not be penalized if you look the other way. Unless, of course, US law enforcement decides to simultaneously make an example of 40 million Americans. But we suspect they have bigger fish to fry.

When you allow your workers to participate in a March Madness office pool, they may become at least a little less productive over the next few weeks. But even if your office doesn’t encourage workers to fill out their own brackets, do you really think that just because you turn the TVs off your employees won’t be following the games on their computers or mobile devices?

Believe it or not, embracing March Madness can actually provide your company with a number of benefits. For starters, an office pool lets employees get to know colleagues they wouldn’t normally interact with. Remember, coworkers are the number one thing employees like about their jobs. But in order for strong interpersonal relationships to develop between colleagues, they first need to get to know each other. March Madness is the perfect way for that to happen.

Instead of banning the tournament from your office, you’d be better off setting up a television or two to stream the games so people don’t just watch at their desks (which they’ll be doing in some form — even if you tell them not to). It’s a great way to get employees to mingle with their colleagues and experience some new spontaneous interactions — which is what many companies try to create anyway.

If you can’t beat them, join them. Use the opportunity as a team-building experience that helps strengthen camaraderie — while also doubling as a bit of downtime. That way, when the unknown point guard makes a 50-foot game-winning three-point shot just as time expires, all of your employees will be living the moment with each other — creating a memorable experience. And when the game ends, they can head back to their desks, refreshed, rested, and ready to get back to work.

Get Employees Moving and Mingling With These Team-Building Activities 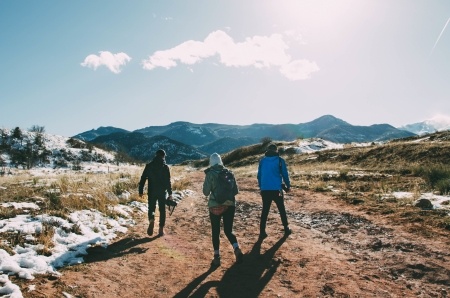 Get Employees Moving and Mingling With These Team-Building Activities

Mar 24, 2015 1 min read
Why You Should Take Team-Building More Seriously Why You Should Take Team-Building More Seriously