Why Company Culture is a Competitive Advantage 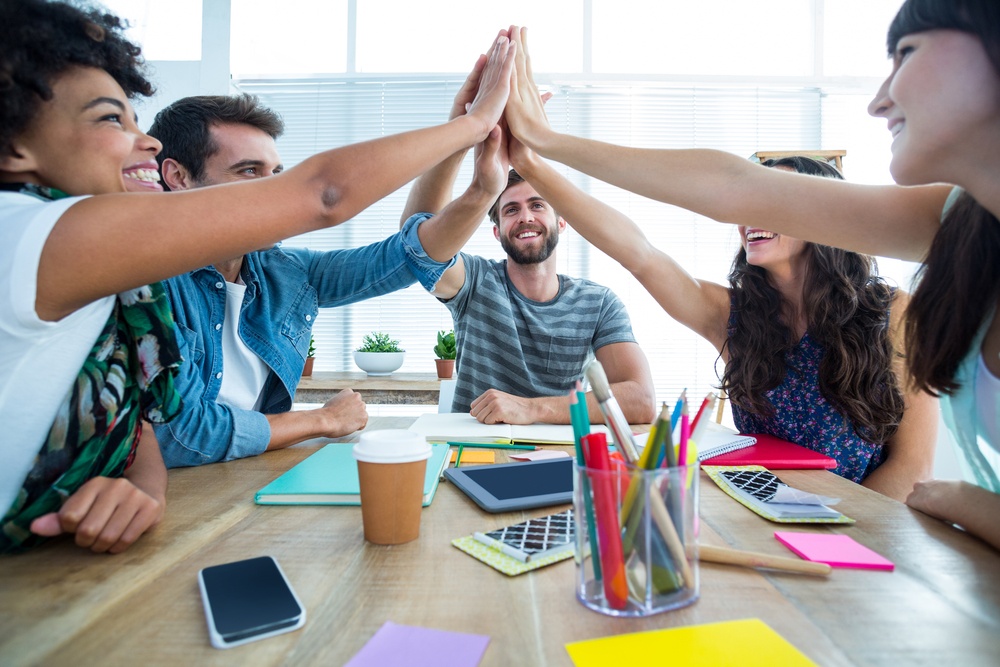 Company culture has almost become synonymous with perks such as free food or beer on tap thanks to the rise of hip startups and co-working spaces run by a generation of eager disruptors and innovators.

Under mantras such as “work hard, play hard,” tech giants such as Google and Facebook frequently take home the prize of being the best places to work, even when its unique culture of providing indoor slides and nap pods are often satirized or bemoaned in popular culture. Some may think it’s laughable like in HBO’s Silicon Valley or an ominous sign of Black Mirror’s dystopia coming to fruition. Whatever your opinion of these unique company perks may be, company culture is now more important than ever, and not just on the minds of tech entrepreneurs and startups.

Catered lunches, segways on the property, annual offsite retreats, meditation Mondays, open offices – these are some of the perks you’ll now see listed on new job listings among the usual benefits of a competitive salary and health benefits. While some employers may view this as a touting of pomp-and-circumstance, companies like Google devote substantial time and money into researching what types of work environments produce the happiest and most productive employees. In fact, company culture is becoming one of the most important aspects of recruitment, growth, and identity for an employer. If a company doesn’t prioritize good culture, morale won’t be the only thing that runs low.

A recent Collegefeed study showed that good company culture is one of the main driving forces in attracting new talent out of college. And it should be no surprise in the age of expected total transparency and hyper-connectivity that nearly 50% of potential talent often research what past (or current) employees have to say about a company’s culture through sites like Glassdoor or social media platforms before considering taking a job. Culture is something that can no longer be ignored or brushed aside as a nice-to-have perk of a job. It’s now what makes or breaks the future of a company.

So, what is it about company culture that drives a strong competitive advantage against traditional methods of retention such as salary or an exciting product? It’s more complex than just investing in fun perks to the office. You may be surprised to learn that when you prioritize people over profits that the profits may follow suit.

Are you a first-time manager or just want to brush up on your leadership skills? Download the

for your road map to success.

All work and no play can lower team morale and cause employees to become disengaged. Unfortunately, worker disengagement is now a widespread problem that most companies are struggling to combat. According to a recent Gallup poll, 63% of employees worldwide are actively disengaged, and this disengagement can be widely attributed to the lack of strategy most companies have when it comes to improving their culture. With the rise of digitization and fast-paced technology, times have changed but the traditional office setting has not. When employee engagement is poor, it leads to higher absences, accidents, errors, and turnover rates, which are all costly to the company. A Lattice study found that losing just one employee can cost the company 1.5 to 2 times their annual salary. If over half of workers worldwide are disengaged, chances are some of them are in your company right now. Thankfully, there are solutions to re-engage workers. 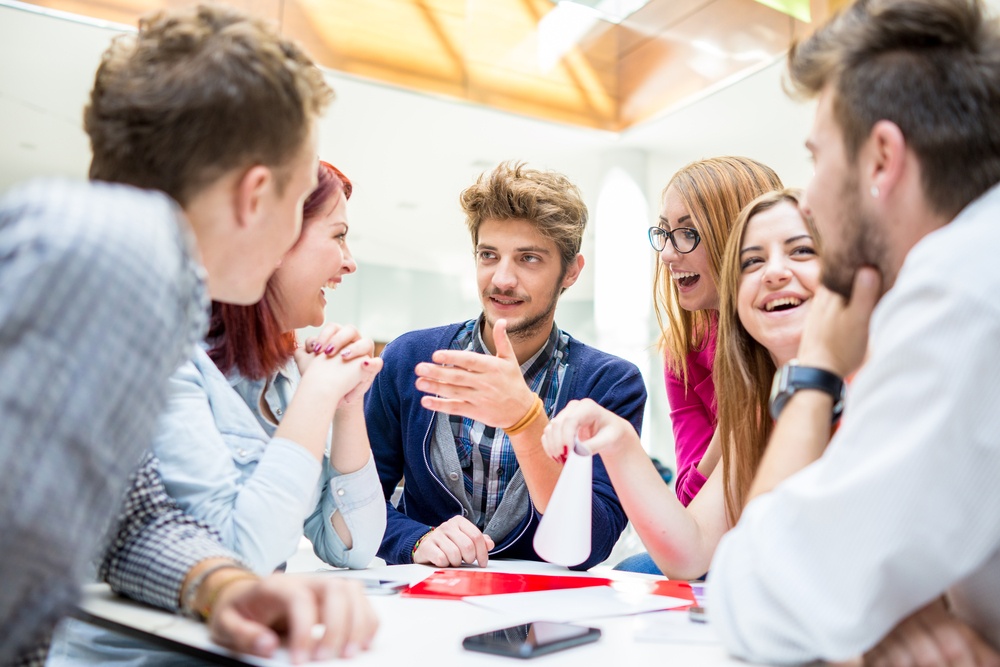 Studies found that when companies prioritize a positive and collaborative work culture over a high-pressure, heads-down environment, workers are not only happier but also more productive and engaged. Furthermore, companies like Zappos found that that giving employees creative freedom increased productivity and led to new, innovative product ideas. As you can see, there’s a fine line between balancing individual creativity and effective team collaboration for optimal employee engagement.

You may or may not have read the notorious reports of the Japanese worker epidemic. Employees became so exhausted from arduous work schedules that they’ve collapsed while on the job – the dreadful phenomenon known as karoshi. It’s easy to watch from afar and brush off the issue as a cultural phenomenon. After all, there’s no way things like that could happen in your work environment. Or can it?

Burnout and work-related exhaustion are not foreign to American (or Western) work cultures. The symptoms of burnout often start with excessive work, full calendar schedules, and poor management, which can then lead to exhaustion, irritability, and poor work performance. Employees who’ve experienced burnout often report elevated anxiety, depression, and insomnia. Company culture feeds directly into this cycle, and low morale can spread like a virus throughout the workforce. In fact, this type of work-related exhaustion has been studied in the United States, where there are a reported 120,000 stress-related deaths and $190 billion health expenses. Not only is recovering from burnout a feat, but it can also come at a high price to you and your employees.

In this case, it would not be melodramatic to say that having a good company culture that alleviates your employees’ stress-related health problems (i.e., prioritizing work-life balance, flexible work times, open communication, etc.) may save a life.

Satisfy both employees and customers.

A good company culture not only increases your employees’ commitment to the company and benefits their physical and mental wellbeing, but it also positively affects your company’s relationship with customers.

A recent study showed that workplace satisfaction tightly correlates with customer satisfaction. For instance, Trader Joe’s has been consistently rated one of the best places to work due to its flexibility and empathy towards employees. As a result, customers have also rated their shopping experiences highly. In 2015, Trader Joe’s reported $15 billion in revenue versus grocery competitors such as Wegman’s ($8.3billion) and Sprouts ($3.59 billion). Other research has shown that when employees are happy, they’re also 58% more likely to help customers.

Furthermore, it doesn’t take an in-depth study to sense when employee engagement and happiness are low. Customers can easily sense when something is wrong with the company, rather than just a single employee having a bad day. When creating a good company culture, your customers should be part of that experience as well.

Know that your online reputation is forever.

The old saying, “One bad apple spoils the bunch” now rings truer than ever. Whether we like it or not, the Internet (largely due to social media) has now become the police of a company’s reputation. If the company culture is bad, it’s only a matter of time before this becomes apparent on social media or elsewhere online. One bad review on Glass Door or one negative Tweet is always just one step closer to becoming viral and the next think-piece about toxic company cultures worldwide.

Remember Uber and United Airlines’ bad PR year that seemed to get worse and worse? Both companies have become almost synonymous with poor customer experience and toxic work culture. Your moral integrity could even be questioned if you’re a customer of companies like Uber and United Airlines. Who wants to be associated with a company that others shudder to think about?

Culture feeds into the overall identity and brand of a company, which will be judged by potential talent and customers alike. It goes without saying that it doesn’t sit well to continue working for a company with a bad reputation either. Not only does it leave a bad taste in your mouth, but it could very well affect future career prospects regardless of whether or not you had anything to do with contributing to the reputation.

What can you do about your company culture?

There are many benefits of cultivating a good company culture, giving your company a competitive advantage above the rest. Put simply, if you put your people first, profit will likely follow. Employees are more likely to be more productive and experience less burnout. Furthermore, your company’s identity will be well received by customers and the public, allowing your company to stand out from the crowd. 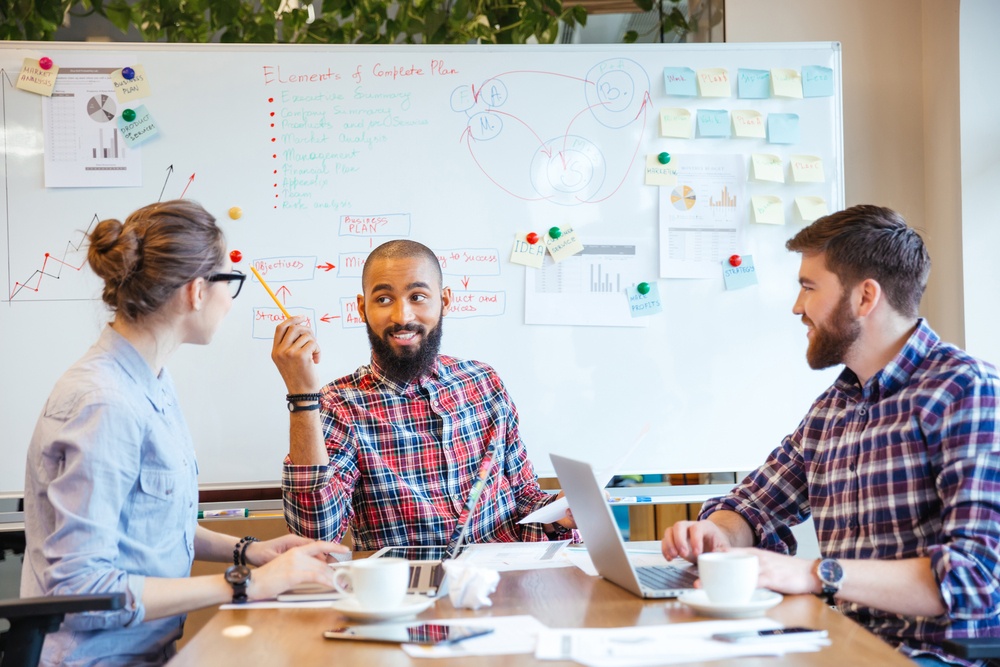 Before you rush to install a beer keg next to the water cooler or schedule weekly yoga in the main conference room, consider that culture is more than what meets the eye. Good company culture stems from an exhaustive review of a company’s core values and having those said values upheld from the top down through open communication, inclusivity, and consistency. To easily remember what makes good company culture, Dr. Jan West states that it starts with a PACT between leadership and employees: Professionalism, Appreciation, Consistency, Trust. When this is established among leaders, it’s likely that these values will trickle down to the rest of the company’s employees.

If you’re feeling overwhelmed, you may be wondering where you can begin to cultivate or re-ignite culture in your company. Well, if you’re one of the 92% of companies who feel their culture is not up to par to the likes of Facebook or Google, you may want to consider a company-wide culture audit. Bringing outside help – an unbiased second pair of eyes – to examine culture may help company leaders and employees establish what the company’s values are.

Furthermore, when it comes to hiring, it’s also important to ensure that candidates fit in with the established culture. While there are workers who can surely bring in the numbers and profits, a bad culture fit can be quite contagious to the rest of the team and company.

Without these crucial steps to maintain culture from leaders and managers, all the perks in the world will not be able to save the company. It’s not just about copying hip tech giants or lean startups, but rather in your actions of commitment to your company’s unique values. Without an authentic push for better company culture, that keg you ordered may as well be serving warm, stale beer.