What to Do When an Employee Asks for a Demotion We’re trained to move up the ladder whenever we can. From pursuing a perfect GPA to getting into the right college to landing the right job, competition is the norm.

But some workers are asking to downsize their responsibilities. A Families and Work Institute study found that a growing number of people aren’t interested in greater responsibilities at their jobs.

This shouldn’t come as a big surprise — Americans work more hours than workers in any other developed country, ABC reported. So how do you respond when an employee, instead of asking for a raise or a fancy job title, wants to take a step back?

A Genuine Commitment to Work-Life Balance

Toni Bowers said she was a go-getter. Then along came parenthood and a corporate shuffle that changed her job completely. “I still want to do well in my job,” Bowers said. “I still want to be on the cutting edge of things. But I don’t want to work 16 hours a day to maintain that edge. It’s just not worth it.”

Companies that take work-life balance seriously will allow for employees to modify their jobs as conditions change. Especially young parents or those taking care of their parents will want to ensure that they have adequate time.

An American Psychological Association study found that workplace stress is increasing, with 41% of adults saying they regularly feel stressed out at work. Although some employers are making significant efforts to help employees feel more comfortable at work, people still say that work weighs heavily on their minds.

With this in mind, many workers are looking to limit their role at work. Employees will prefer employers who listen to their concerns and allow for greater flexibility with where and how work is done. A Gallup poll found that telecommuting is on the rise, with more than a third of workers saying they work from home regularly.

Which Role Best Suits Which Employee?

Jenny Blake, author of Pivot: The Only Move that Matters Is Your Next One, said that she was looking for big promotions like everyone else. “When I looked ahead to my trajectory, to climb the ranks of management, I realized, ‘I don’t want that at all,’” she told the New York Times.

Although some might interpret downsizing responsibility negatively, like coasting toward retirement, Blake said it’s more often about going from a more senior role to a more specialized one. Sometimes employees realize that they enjoy and excel at low-key roles.

Managers should talk with their employees about what role best suits them. As employees progress through their careers, they may discover that the additional tasks they’ve been doing aren’t necessarily a good fit. It takes a variety of people to make an organization successful — including those who take on less.

The Best Way to Respond to Negative Employee Feedback

The Best Way to Respond to Negative Employee Feedback

Why You Need to Play World of Warcraft at Work 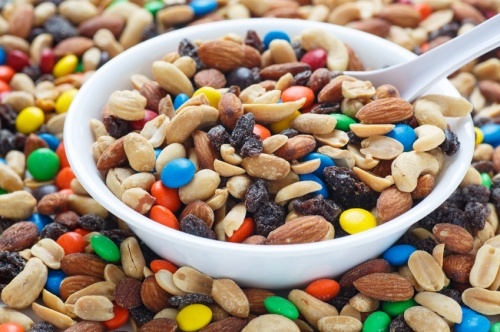 5 Must-Have Snacks for the Workplace