What to Do When Employees Are Underperforming 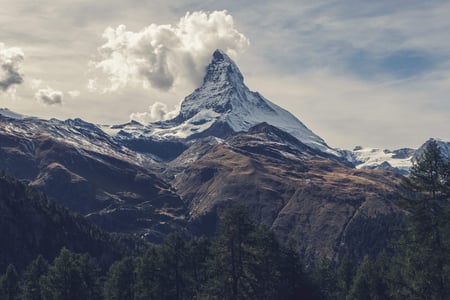 Sometimes, it happens when you least expect it. The model employee hits a wall and, all of a sudden, becomes exponentially less productive overnight. Other times, new hires might think they can get away with putting in minimal effort.

In either scenario, your employees are not doing what’s expected of them, and you have to say something.

From time to time, every manager will need to have “the talk” with one of their employees. But letting your employees know they need to work harder and produce more can be tricky. Here are five steps that should make the process easier:

1. Be honest and up front

Just because you hope to be the nicest boss in the world doesn’t mean you have to accept underperformance as the norm. You may not want to hurt someone’s feelings. But your employees are all adults. It’s perfectly reasonable to expect the people you pay to work hard.

There’s no sense in beating around the bush. When you’ve decided that an employee’s performance has weakened to the point that you need to have a conversation about it, be direct. The more honest and up front you are, the more likely your efforts are to succeed.

Instead of crossing your fingers and hoping behavior changes on its own, you’re better off addressing underperformance immediately. Everyone is entitled to a bad day — even a bad week. But when employees have noticeably disconnected from their jobs for an extended period of time, you need to intervene quickly.

There’s no sense in taking the chance on allowing budding problems to grow into something more severe. And don't wait until annual performance reviews to bring these issues up. When something’s wrong, don’t hesitate to state your case.

It’s unlikely your underperforming employees will suddenly get motivated if you scream at them, telling them everything they’re doing that’s wrong with them. Take a more cautious and friendly approach instead.

Embrace the concept of tough love. Provide specific examples of times your underperforming employee knocked it out of the park. Tell them that you know they are capable of turning it around. Let them know you’ll do anything you can to support them.

4. Have a face-to-face conversation

There are some things that can be said via email — like sending a quick thank-you to an employee who did something amazing. But more important conversations are much better off taking place in person.

You can certainly send an email to an underperforming employee letting them know you want to schedule a meeting and for what reason. Give them an agenda even, if you want. But the crux of the conversation should take place in a private meeting. You want to be able to look each other in the eye and make sure that nothing gets lost in translation.

If meeting in person isn't possible (say, for remote workers), then a video call works just as well.

Your conversation won’t do much good if your employee leaves it thinking they can gradually work on improving their performance over an extended period of time. Depending on the nature of the underperformance, you might want your employee to change overnight. In other instances, a longer period of time — let’s say a month or so — may make more sense.

Let your employees know how soon you expect to see changes. Leave no surprises.

Remember, the number one thing employees love about their jobs is their coworkers, according to our engagement report. But that’s assuming they're pulling their weight.

If you notice one of your employees is underperforming, you need to speak up and coach them to get them there — if for no other reason than your hardest workers deserve it.