What CTOs Need to Know About Employee Engagement

Despite what you might think, employee engagement is not something that only managers and HR professionals can do anything about. Doug Cretsinger, chief information officer and senior vice president at GuideOne Insurance, would be the first to tell you.

When he joined the company in 2013, Cretsinger had his work cut out for him. Employee turnover rates in the IT department were high, and for the most part, workers seemed disengaged with their jobs.

What Can Be Done?

Instead of letting the problems persist, Cretsinger decided to tackle them head on. He began by interviewing each of the 100 members of his team over a 90-day period, asking them how they felt about their jobs and what areas they believed needed improvement. Cretsinger then synthesized his findings and put together a list of action items designed to improve engagement based on the responses.

Cretsinger was pleased with the progress he made with respect to employee engagement. But he knew it was impractical to expect he’d be able to invest as much time interviewing his entire team again in the future. Understanding the importance of employee engagement, however, Cretsinger sought alternative solutions to improve it.

He gave TINYpulse a try on the recommendation of a mentor. Now, Cretsinger has been using TINYpulse for more than a year. He hasn’t looked back. Thanks to his dedication to improving his employees’ morale and his use of TINYpulse, Cretsinger has seen the turnover rate in his IT department drop from 12% to 3% in 18 months. As a result of that improvement, his company plans to use TINYpulse across the organization.

As demonstrated by Cretsinger, CIOs and CTOs can play an enormous role in improving employee engagement. With that in mind, let’s take a deeper look into the lessons we can learn from Cretsinger’s experience at GuideOne:

CTOs Can and Should Start Dialogues With Their Teams

Like any good boss, when Cretsinger started his new gig, he wanted to get to know everyone on his team. So he set up those one-on-one interviews and did precisely that.

A shocking prevailing theme began to emerge. Despite the fact that certain IT professionals had worked at GuideOne for a decade, they let Cretsinger know that this was the first time they were engaged in a direct conversation with their CIO — something Cretsinger found to be both peculiar and unacceptable.

By simply holding meetings, Cretsinger proved that he was a new kind of boss. You can’t expect to learn what’s bothering your team if you don’t talk to them. So start conversations at regular intervals. It won’t hurt you.

In a perfect world, CTOs would be able to invest in a few solutions, deploy them across the organization, and watch as every employee’s productivity skyrocketed. Unfortunately, it’s usually not that easy.

Different employees benefit from different kinds of technologies. For example, a collaboration platform like Slack might be great for your engineers who work on projects together in real time. But what about your sales team that is constantly reaching out to folks who work at a score of other organizations? Slack isn’t similarly beneficial to them.

Cretsinger found out that, despite investments in technology, many workers were still dealing with outdated or unhelpful software and hardware. This, of course, isn’t exactly the recipe for engaged employees.

Investing in technology will not solve engagement problems by itself. Keep in mind that, as Cretsinger found out during his interviews, not all employees are equally adept at switching to new technologies. Many workers — particularly older employees — grow accustomed to systems and have a hard time learning new ones.

According to our 2015 Employee Engagement Report, nearly 70% of employees feel as though there aren’t enough hours in the week to get their full workload done. In his one-on-one interviews, Cretsinger uncovered the same reality — that many of employees feel overworked.

CTOs have the ability to implement new technologies and platforms across the organization. Ask your employees what kinds of problems they’re dealing with every day. If you don’t know which digital tool sets are available that can help lighten your staff’s load, you will almost certainly be able to find the right ones by doing a few Google searches.

Equipped with the right tools, your employees will be able to better manage their workloads — which in turn will make them happier and more engaged.

Sure, it made sense to do right when he started his new job. But Cretsinger learned early on in his new role how time-consuming it was to interview each of his employees; it’s not something he could repeat.

Thanks to TINYpulse, Cretsinger realized that he didn’t have to invest huge amounts of time on employee engagement. Sending out a one-question survey each week proved to be enough. Cretsinger could review his employees’ anonymous responses in real time and change anything that needed to be improved quickly.

TINYpulse enables Cretsinger and his team to respond to employee concerns immediately.

Instead of waiting until the end of the year to survey employees and see where things stand, you can use the platform to keep your fingers on the pulse of your organization. That way, the moment a problem materializes, you can quickly move to remediate it. You won’t have to worry about problems festering for a long time and driving down employee engagement.

Once you identify trends — for example, let’s say everyone wishes they were able to create flexible schedules — you can make data-driven changes that will almost certainly make your employees happier. Data doesn’t lie.

The IT job market is hot these days, and companies are poaching rock stars left and right. These employees are on the front end of your innovation and network security, so the organization has a lot to lose when an IT worker quits. Retention starts with engagement — if you’re not willing to invest in your employees, you can be sure they’ll jump ship at the next available opportunity.

Holiday Hams And Other Outdated, Not So Special Employee Perks 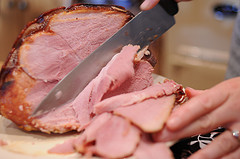 Holiday Hams And Other Outdated, Not So Special Employee Perks

Jan 6, 2015 5 min read
[Webinar] Employee Engagement: What the Heck It’s All About and Why You Need to Be All About It 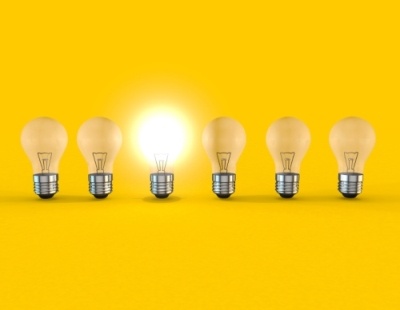 [Webinar] Employee Engagement: What the Heck It’s All About and Why You Need to Be All About It