Our 9 Favorite Moments of TINYcon 2018

On September 12th, hundreds from the TINYpulse community and a world-class slate of speakers joined us at the Seattle Marriott Waterfront. The view of Elliott Bay across the street was stunning, the lineup of speakers was amazing, and the sheer conference energy was electrifying. It's what makes TINYcon the most exciting time of year.

If you weren't able to make it to TINYcon 2018, or just want to relive the best moments, here's a recap of our third, biggest, and best conference to date.

It was an electrifying way to kick off a Friday morning. Sarah Bird spends a lot of time championing diversity and inclusion in the Seattle tech scene.

That is, when she's not at the helm of one of the most successful SEO software companies on the planet. Even Mr. Inbound himself, Mike Volpe, had to stop and capture the moment. 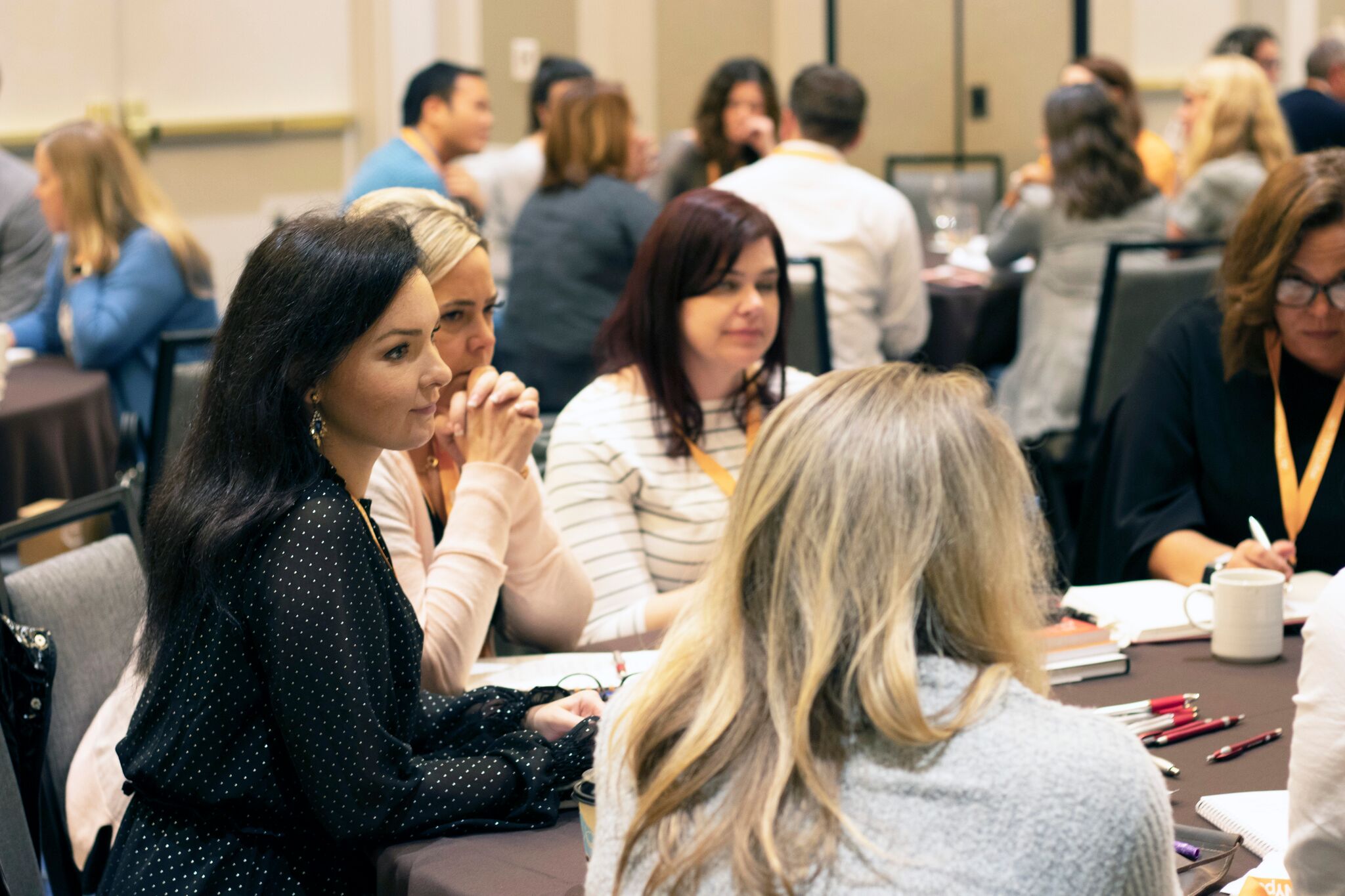 This year, TINYpulse Certification went deep with two immersive learning sessions. Historically, these have been among the highest-rated segments of TINYcon.

The real credit goes to our customers who came to the table with profound experience-shares and what they did to solve deep-seated issues around the employee experience. 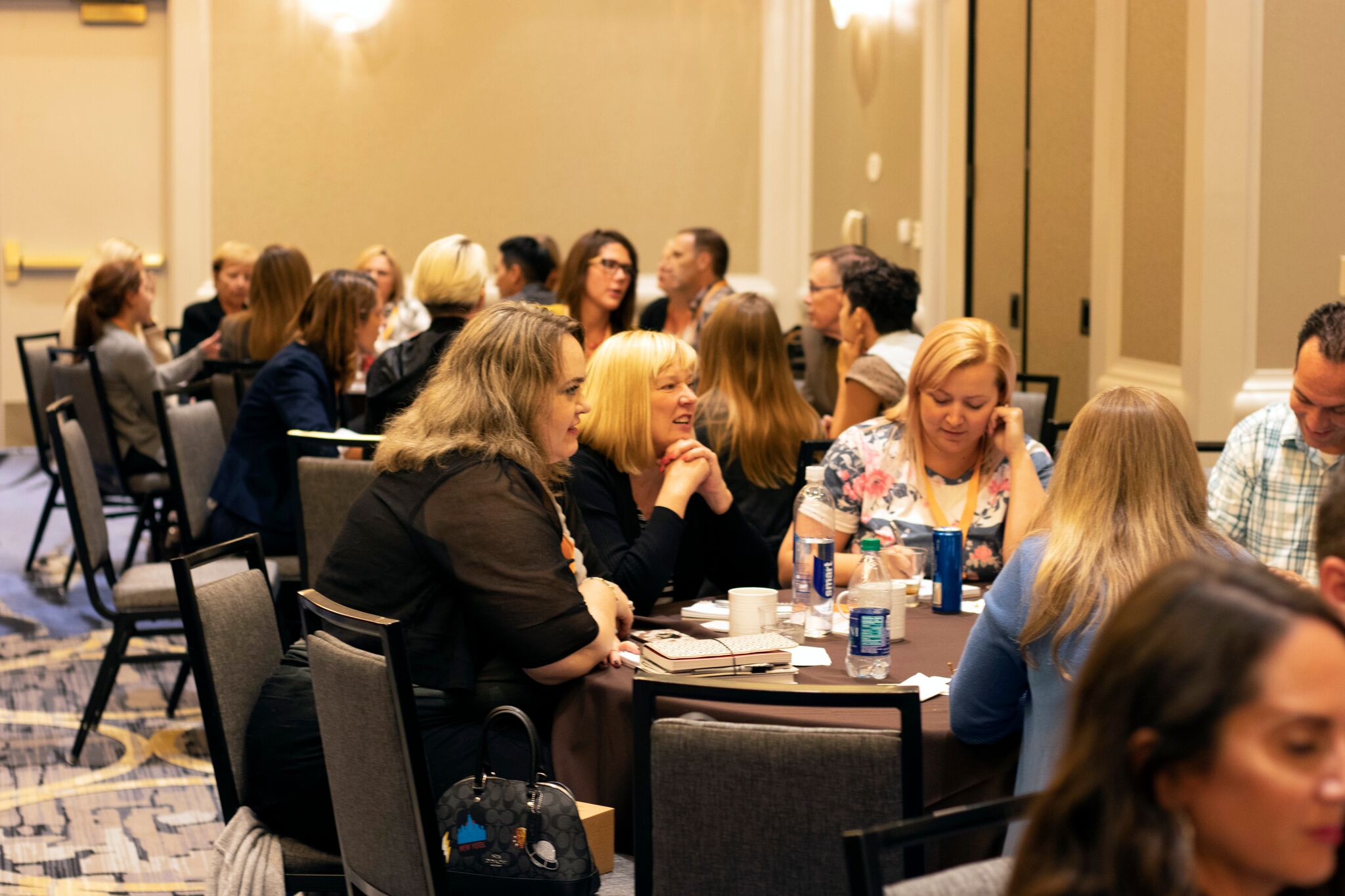 7. The TINYcon After Party went nautical 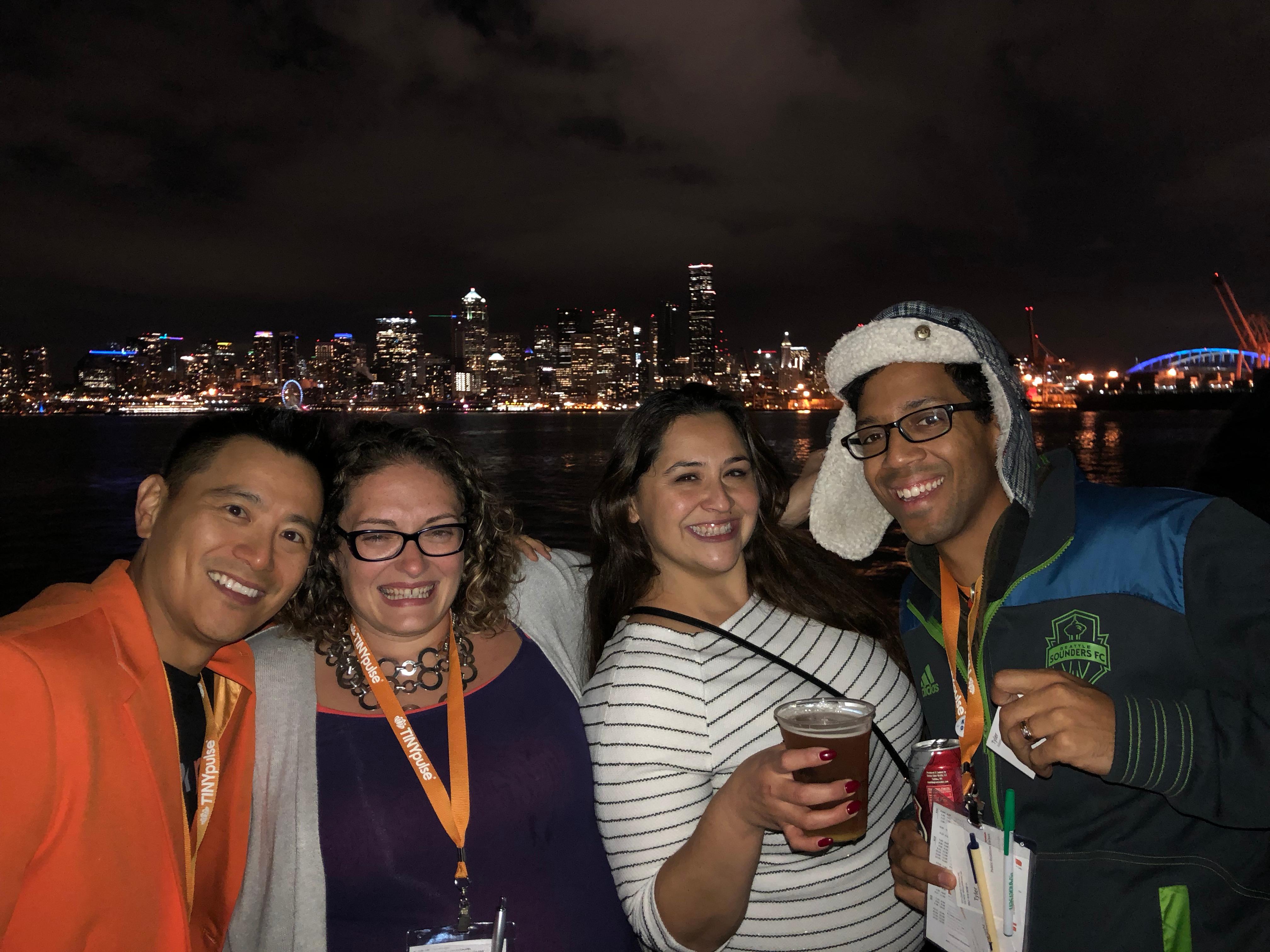 When it comes to conferences, most people would balk at the idea of getting on a boat after a full day of speaker sessions.

Not ours. Shortly after dinner, TINYcon attendees took to the high seas on a clear, crisp evening to enjoy the city skyline.

Some great views from cruise last night at #TINYcon2018. One of my favorite ideas from yesterday? LEGO for Cheers. @CompuVisionBiz pic.twitter.com/cbpdqENsiv

6. Customers shared their accomplishments with TINYpulse on an actual Wall of Wins 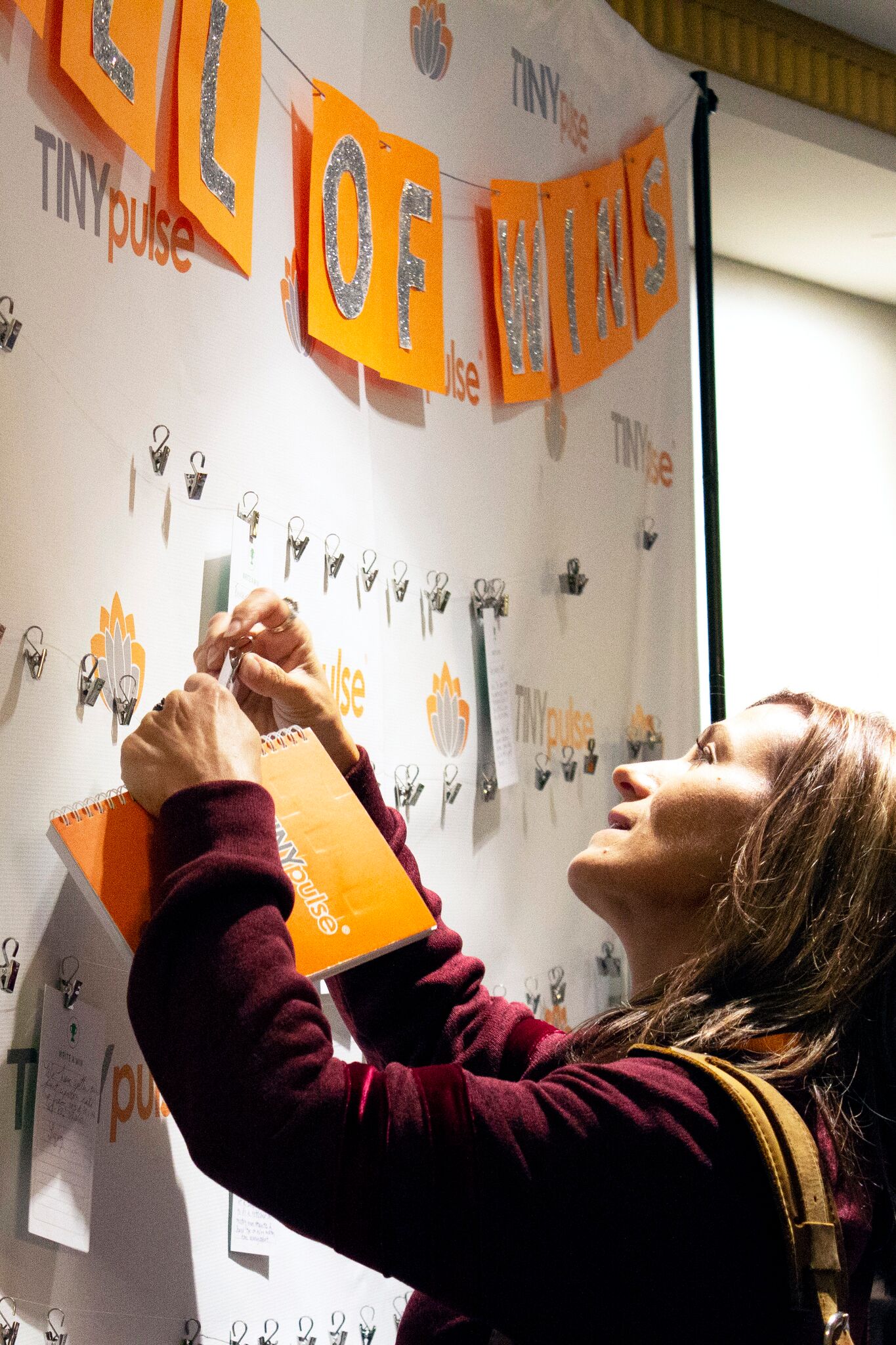 Traditional wisdom stops there, however. Unfortunately, organizations suffer when they fail to evangelize wins and celebrate the outcome with the company.

That's why we built a physical Wall of Wins to bring that laser focus to TINYcon. Attendees shared real live Wins from their organizations at TINYcon, all sourced from feedback collected from their own employees. 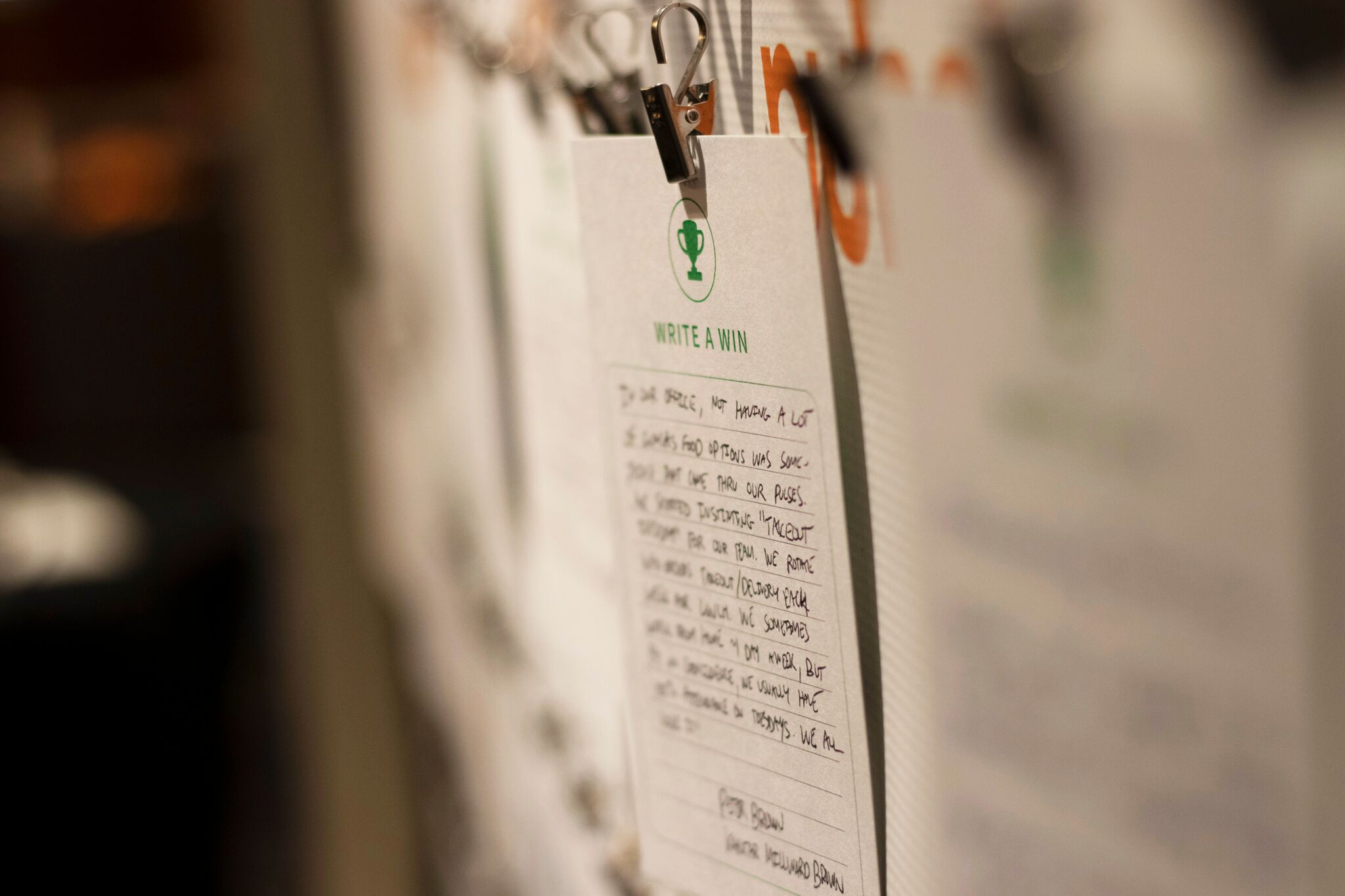 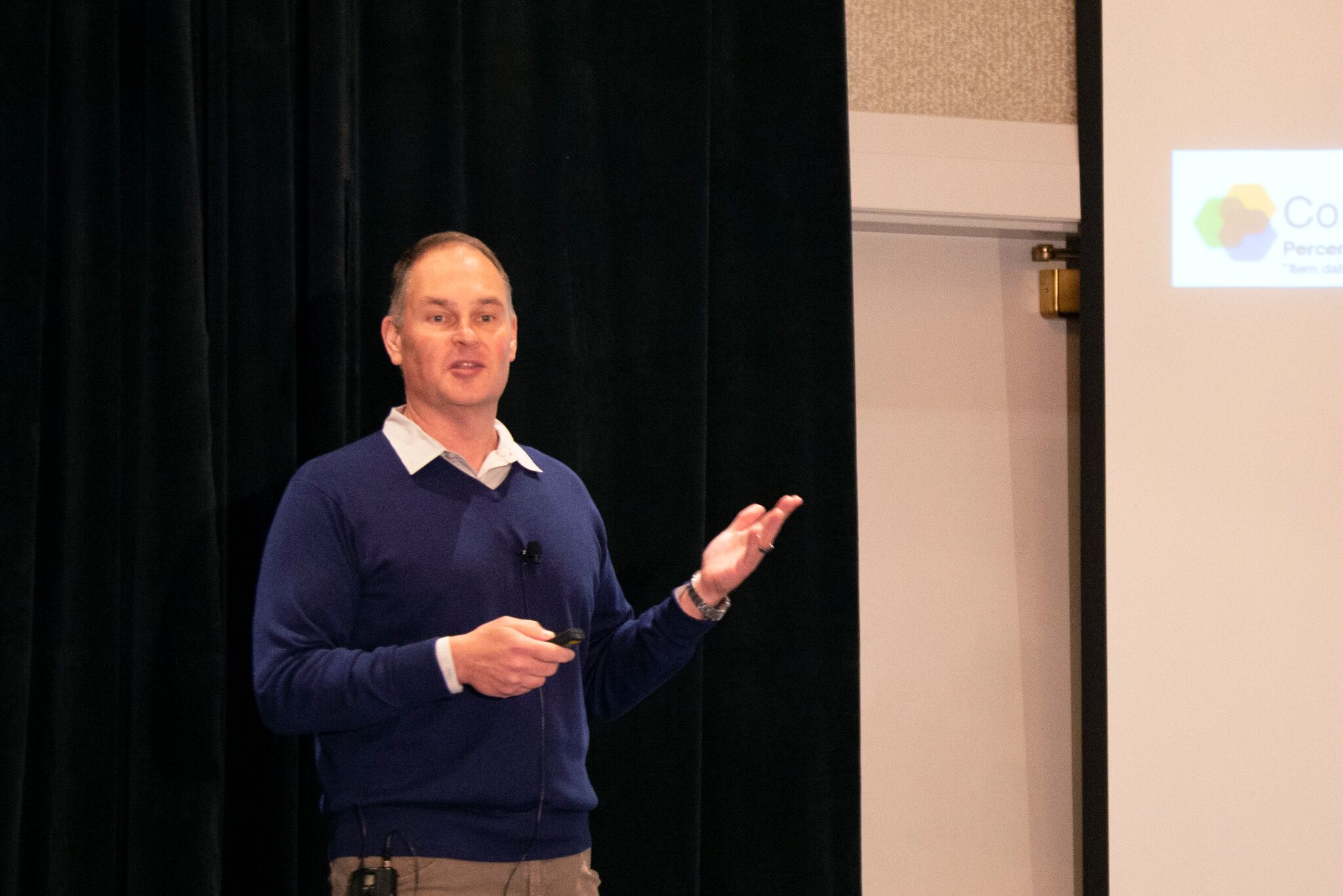 Kevin McMullin runs a company of 80 employees across 30 cities —100% of them are remote. The kicker is that he has had zero attrition over the last four years, and in this session he got very tactical with how he does it.

What we didn't expect were the truly inspirational stories of "why" behind Collegewise. Tears were shed, and Kevin McMullin received some of the highest praise in TINYcon history. 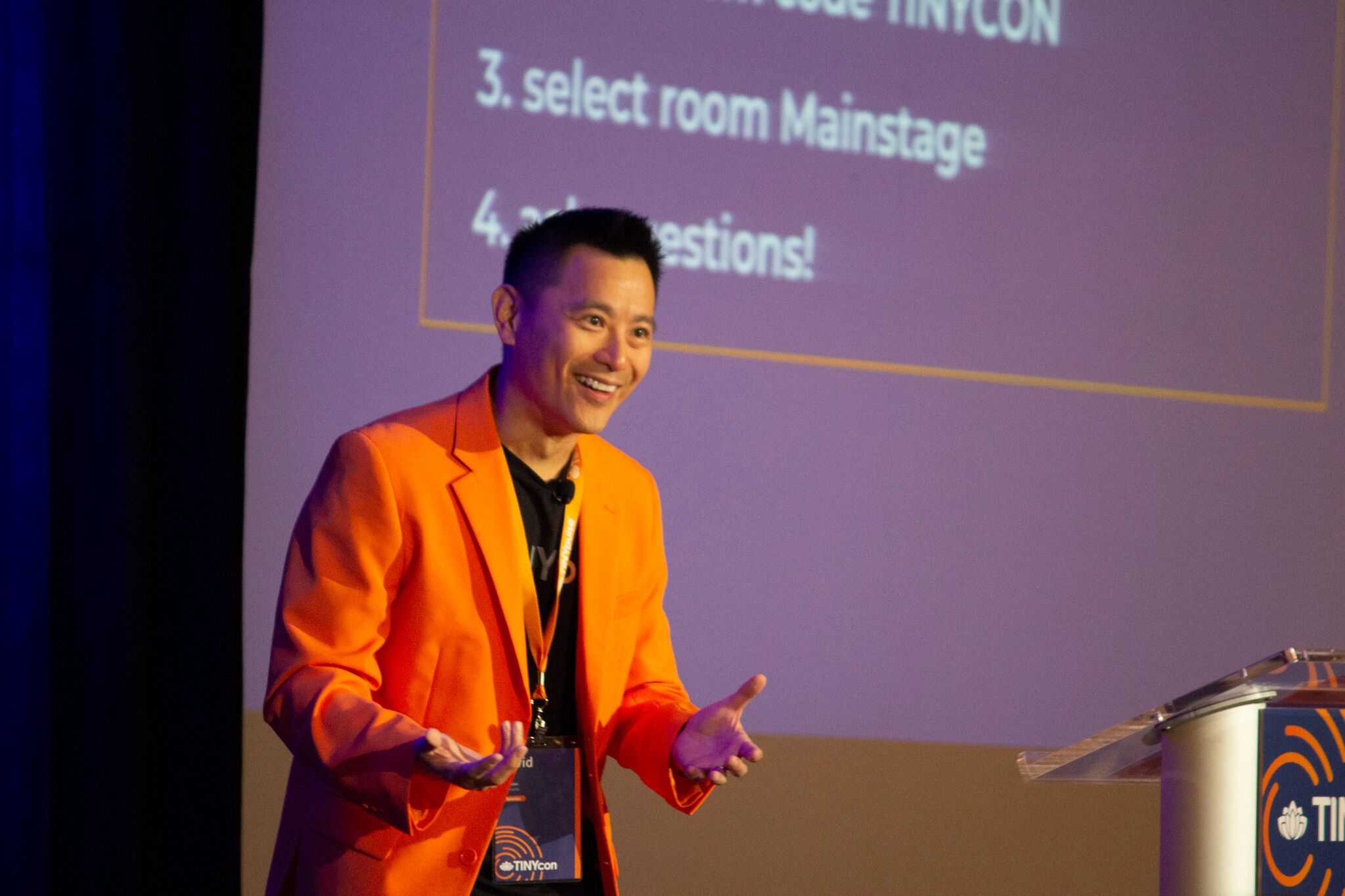 Our CEO David Niu kicked off TINYcon with a bit of a twist. And a brand new blazer.

On top of a warm welcome to the biggest TINYcon audience to date, David opened TINYcon with a challenge: to get out of one's comfort zone and to learn, share, and grow together.

TINYcon has always been about building lifelong contacts, meeting world class speakers, and learning for personal and professional growth.

3. DineAround somehow broke out into a full musical

We were surprised at first to hear that DineAround turned into a ruckus. But then we found out that there were challenges for a sing-off. 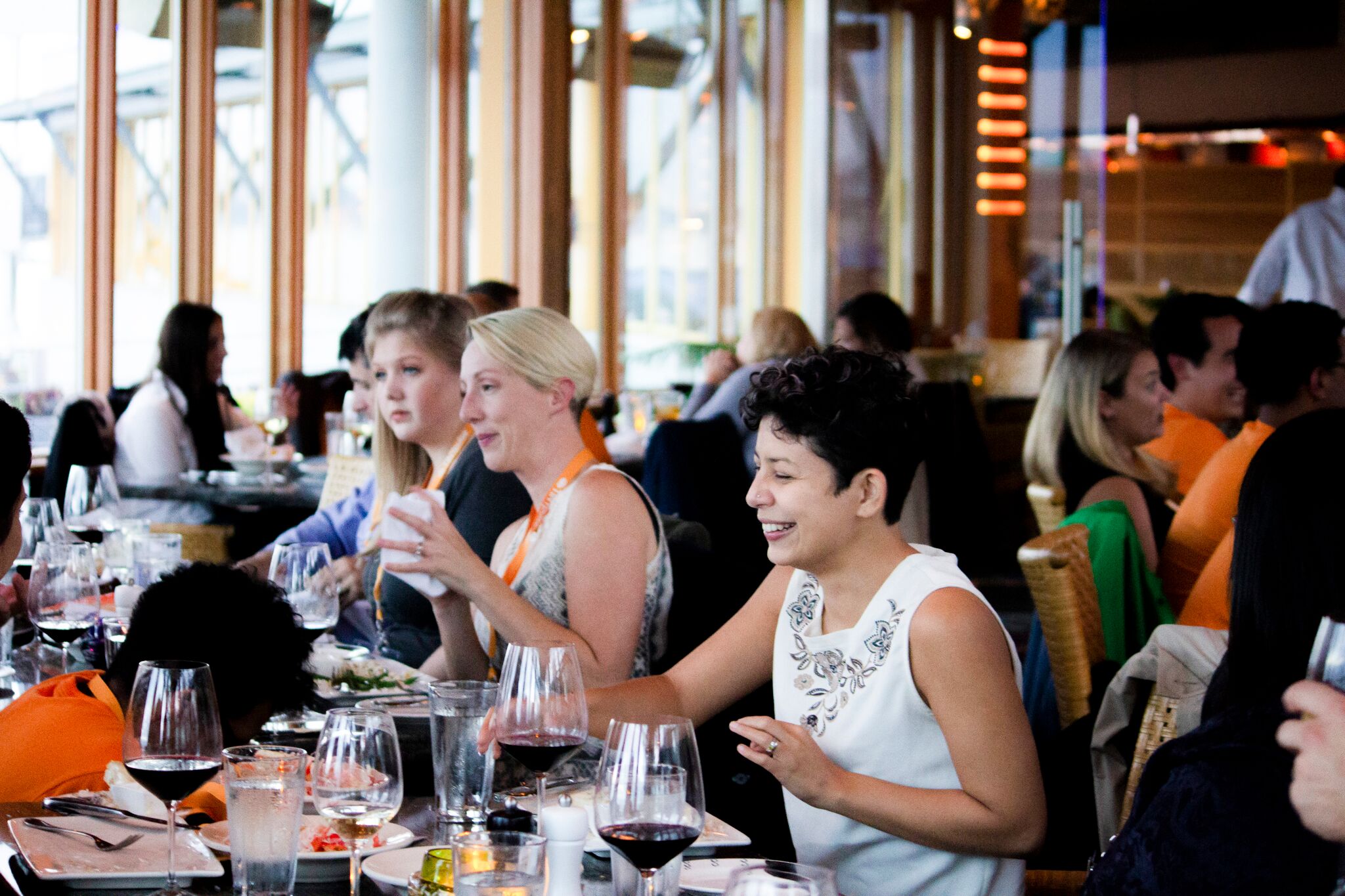 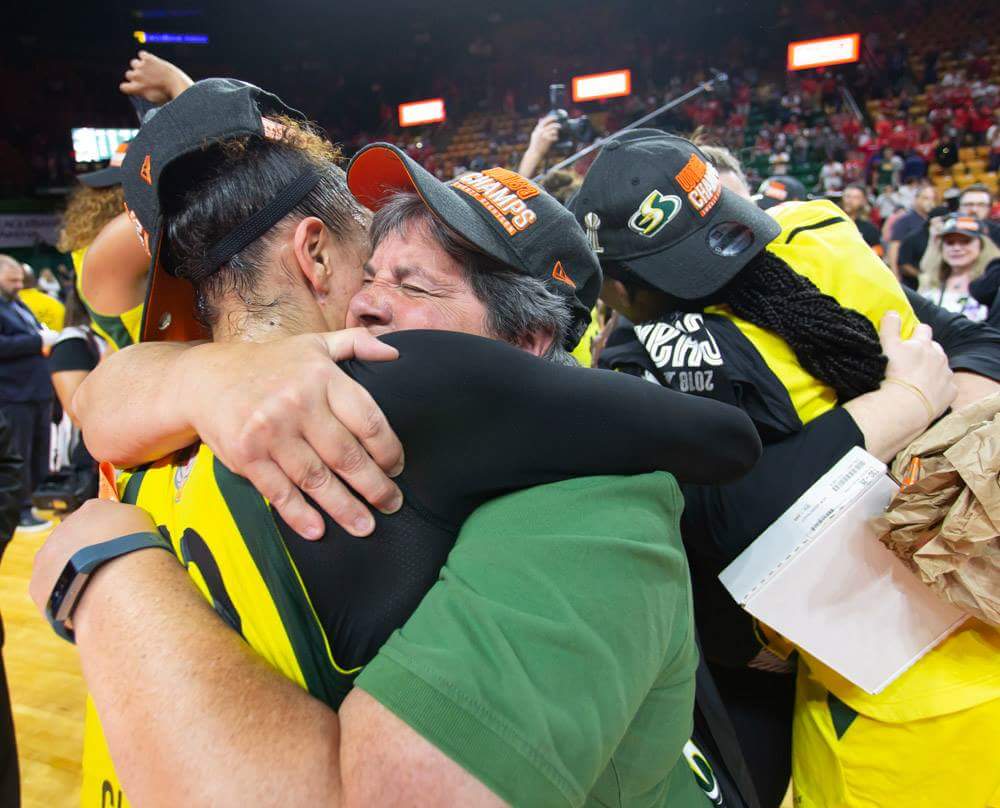 We were bummed to hear that Lisa Brummel wouldn't make it to TINYcon.

But it was all worth it to see the headline that her WNBA team defeated the Washington Mystics and returned to Seattle as 2018 WNBA Champions.

Howard Behar took us through the early trials and obstacles of building Starbucks alongside Howard Schultz. He never wavered though, from the concepts and values that make us human.

It was the kind of speaking that went straight to the heart, and without any shadow of doubt the reason why Starbucks has a jealously admired culture. 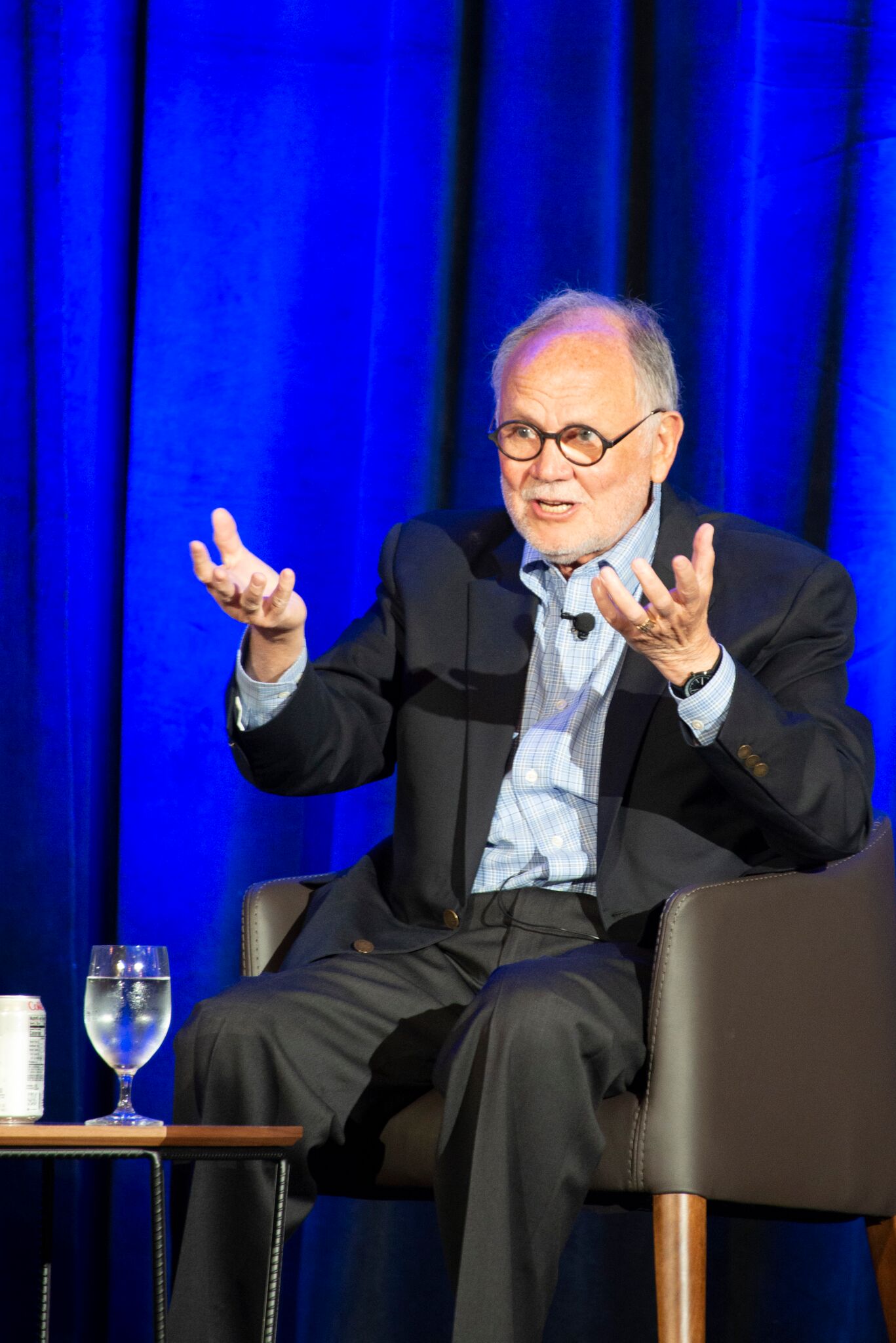 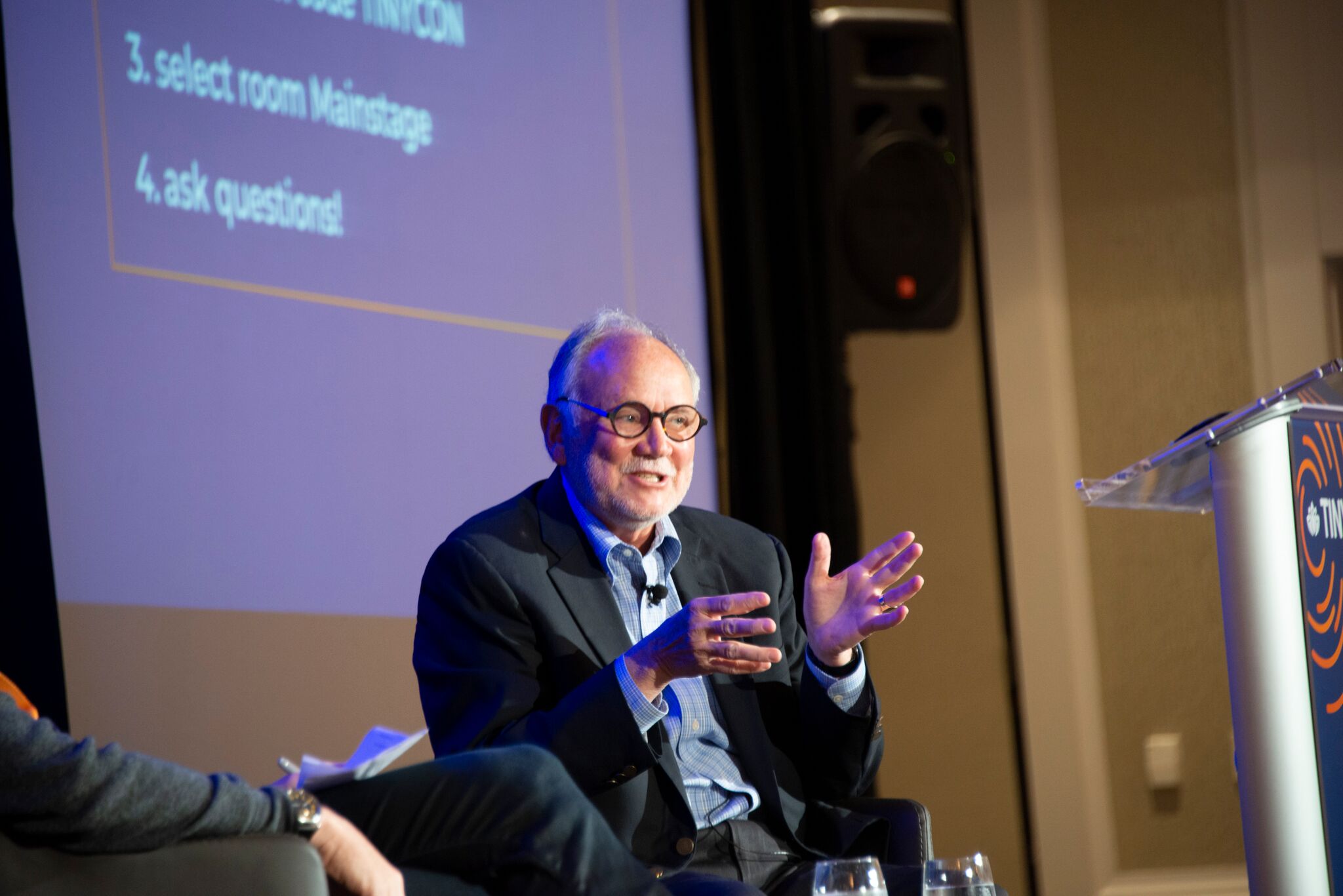 One of the highlights at #TINYcon2018 was seeing former President of Starbucks, Howard Behar speak. Privileged to be apart of a company who puts people first. https://t.co/YMrmiuVTlH 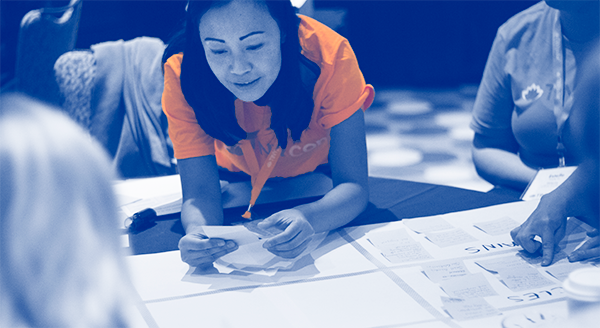 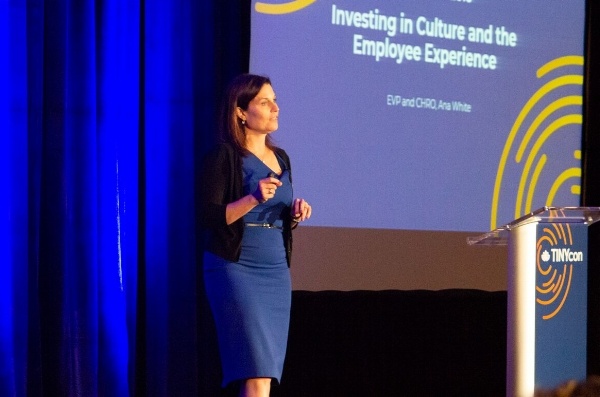