The Worst Things Bosses Have Said That Tanked Employee Engagement 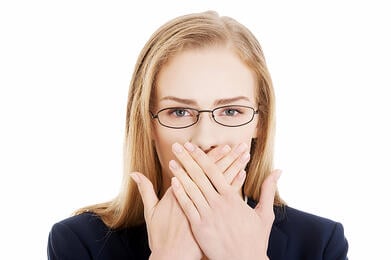 It’s not easy being a good boss. It’s up to you to lead your employees, support them, and keep them engaged. But even with good intentions, you don’t always succeed. And you might not even realize it when it happens.

We asked employees to tell us some of the things that their managers have said to them that sank their motivation like a game of Battleship—even if the managers didn’t realize it. Take a look and see how you can learn from these bosses’ snafus.

It’s important to be realistic with your employees. But that doesn’t mean underestimating them.

Rhonda Price, Director of Media and Public Relations at Garden of Life, shares a story from a magazine launch meeting. “I thought we should target some A-list celebrities and athletes [...] He looked at me like I was nuts and then laughed and said, ‘We will never, ever, ever be able to get any of those people to be in our magazine. Going after them would be a complete waste of time.’”

Manage your employees’ expectations—but don’t dash all their hopes. “I was terribly deflated and rarely shared any of my ideas after that,” says Price. And what’s more, “Ironically, my boss left in a few months and we ended up getting all of the celebrities I had mentioned!”

Don’t minimize the work they do, either. Teri Morris, Senior Account Executive at ZIONandZIONAgency, once had a client who was upset about the turnover on their account. Morris’s boss at the time told her, “The executive level at this agency stays in place and are always involved with the client's business, so I don't know what [the client] is concerned about. It's at the task-doers’ level, like yours, where there is a lot of turnover.”

Morris shares the effect this comment had on her: “This just sunk me. [...] In one sentence, my position was reduced to one that was considered as only a doer of tasks, completely dismissing the stellar service, strategy, and hard work I put into the client's brand every day.”

You’re human and have your own attitudes and preferences. But be careful to keep those biases out of your interactions with your employees.

Publicist Beverly Bambury tells us about her experience navigating the cultural transition of moving to Ontario from the state of Florida. Recognizing that the population of Ontario was more reserved than she was used to, Bambury tempered her extroverted personality. But “one day when I was chatting with some of my coworkers about a project, [my manager] got exasperated and said, ‘You're just TOO much. TOO much! I can't take it sometimes.’”

Bambury shares, “It was a slap in the face [...] And then  the rest of the time I worked there (which was two more years) I frequently doubted myself and wondered if I were being too much.”

Maria Katrien Heslin, owner of Independent George LLC, “once had a boss who told me, in front of someone who reported to me, that I nodded my head too much in a meeting. It annoyed him, and he felt it indicated I was agreeing too much with the speaker. I was pretty stunned and explained it shows that one is listening and encourages the speaker to continue to speak freely. Right or wrong, his comment was a passion dampener!”

Being a good boss also means knowing how to be thoughtful and judicious when addressing potential issues with your employees.

Troy Frasier, host of the Refined Thoughts Podcast, shares a story of when he worked at a warehouse where an error on an order resulted in missing items. Despite a good relationship between Frasier and his boss, the boss accused him of stealing them. While of course you can and should investigate potential wrongdoing by employees, discretion is better than immediately jumping to blame. Frasier says that “after I was accused, the camaraderie and the enjoyment of the job I had was gone. There was no more trust if one thing goes wrong and I was immediately seen as a thief.”

And if you would like to coach an employee on a behavior issue like, say, paranoia—don’t be like Naomi Burton-Isaacs' former boss: “[S]he called me in her office to tell me that most of the people in the office found me difficult to work with and a few refused to work with me. She listed about seven women—instead of keeping it vague—but I couldn't say anything to them. But I shouldn't be paranoid that people were talking about me.”

Hopefully you haven’t slipped up like these bosses. But if one of these stories does ring true with you, then it’s a sign to reconsider how your words can negatively affect employee engagement, confidence, and motivation. 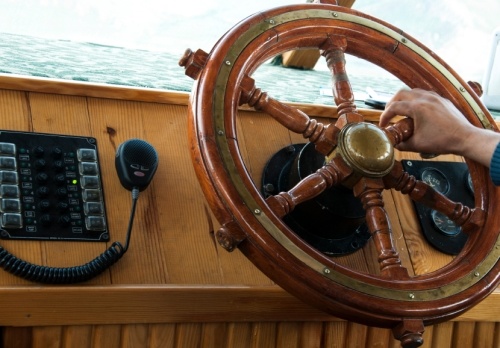 What Senior Leaders Are Doing to Disengage Managers