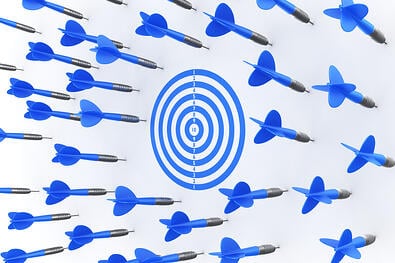 Sometimes your recruitment strategies net you a great catch of an employee ... and sometimes they reel in a candidate that you'd like to send 20,000 leagues under the sea.

If you're lucky enough to have never had a terrible interviewee, then count your blessings and get a laugh out of the stories below. If you're not, well, at least you can take comfort in the fact that someone else has been in the same boat as you.

Speaker and author Barry Maher has hundreds of hiring consultations to draw upon, but one of his best (and shortest) stories goes like this:

"How would your current or former colleagues describe you?"

Hunter Nuttall, founder and CEO of NextChore, once had a good interview brought to a swift end by a single answer:

"I was interviewing a candidate for a database developer position [...] I asked him to write a query to get a particular set of data. He just shook his head and said 'no.'"

Candid responses are usually the sign of a good candidate, but sometimes discretion is the better part of getting hired.

"Are there certain tasks or types of people you find difficult to work with?"

"Well, my last boss was a real moron. I certainly didn't like working with him."

"What interests you about this company?"

"I'd be interested in anyone that would hire me."

Yoni Passwell, CEO and cofounder of Voyjer, guides his interviews with a simple question that will spark a conversation. But sometimes it doesn't work:

"Tell me about a project you have done."

"To be honest, I didn't do anything."

Author Claire Gager once asked a candidate for a tutoring position to tackle a hypothetical scenario in which his student had a crush on him. His answer?

"It depends on whether or not she was hot."

Gager also shares a story about an interviewee who wasn't so much terrible as just plain odd:

"First, he arrived 10 minutes late and told me he had changed out of his suit so he could be ready for class (he changed into a flannel button-up and a pair of jeans instead of keeping his suit as he should have). Second, when I asked him if he could tutor in the subject of foreign language, he chose to answer his question in Spanish. Third, when I asked him why he wanted to work for my after school program as a tutor, he said, 'I like helping people, and I love you guys.' I didn't hire him."

Got your own weird or woeful interview stories? Share them in the comments below!