The Unexpected Trigger That Drove These Employees to Suddenly Quit 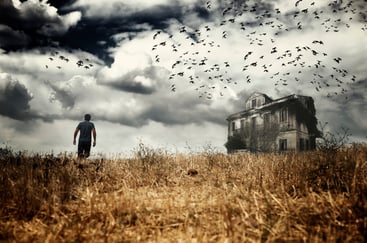 As a manager, isn’t one of your greatest nightmares for an employee to suddenly hand you their two weeks' notice? What about having a top employee suddenly say, “I quit”? You may not realize the true cost of turnover. But Columbia University found that replacing a lost employee costs 150% of that person’s annual salary.

These three employees talk about why they left their previous job:

Jazmin Truesdale, CEO of Mino Enterprises worked for a large bank while she was getting her MBA in finance. She had high hopes of growing within her company. “During my tenure there, I was unable to move within my department. There were no growth opportunities, and despite my education and background in finance, while working for a financial institution, I was unable to find a new position [in the company], and I was forced to stay where I was.”

And that feeling of being stuck along with lack of growth led her to start her own company.

Offer’s Off the Table

Being a woman in a high-level position comes with great power, but also great obstacles. Michelle Brammer, Marketing and PR manager for the digital advertising company eZanga.com, enjoyed her previous role as a marketing manager for a large food retailer. While she describes the company as being fast-paced and ever-changing, the culture was stifling, with many employees feeling frustrated.

“I was with the company for five years and received several promotions along with nothing but exemplary reviews. However, I knew my growth was limited. Our department was only seven people strong, and the only growth available would be if my director left his role. In January of 2014, he left that role for another within the company. Our company never announced the vacancy but rather filled his position before ever giving me the chance to apply. I was devastated.

"One month later, I received the Manager of the Year award from the company. While I was honored that my peers felt so highly of me, I saw no growth potential in my company. Historically, females did not receive senior-level positions, and it became clear to me that I never would either. I left that company for my current company six weeks after being passed over for the promotion.”

Carol Gee, writer and author, previously worked as an editor. She made the decision to leave when her new supervisor told her that the department was doing away with her current position. “This new position was responsible for editing professors’ manuscripts, researching, and writing business case studies that were taught in classrooms to administrative assistant-type positions. With a graduate degree and over 28 years in higher education (including adjunct professor and administration with my own assistant at one point), this was not something that interested me or was in my own career progression.”

Of course, there are ways to prevent turnover. Professional development is an underdog in the employee retention game. And it’s one of the greatest strategies, especially with millennials. If you really want to lock down your employees, make sure you’re giving them opportunities to grow.