The Complex Link Between Money and Workplace Happiness 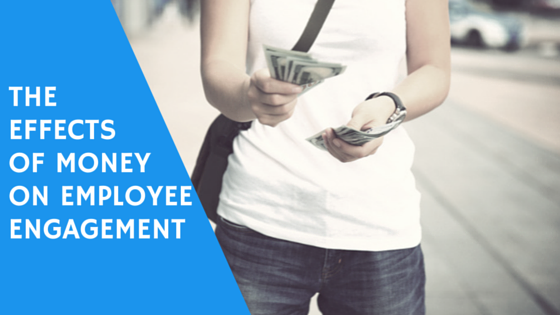 While we all pursue higher pay, that might not always be the path to a better life. Recent studies have shown that money and happiness are only tenuously linked. Once you reach $75,000 a year, earning more won’t make you happier, according to a study by the National Academy of Sciences. However, the same study found that low incomes correlated with major health problems and emotional hardship, like divorce.

The connection between pay and happiness is complex — and not reducible to a simple statement like “You can’t buy happiness” or “More money equals fewer problems.” But understanding this relationship is key to grasping employee engagement.

No one is arguing that poverty is a condition conducive to happiness. People need to have their basic needs — food, shelter, security — as a precondition for satisfaction with life. Along the same lines, numerous studies have found that wealthier countries are happier than poorer countries.

Beyond that, people need enough money to ensure that their financial burdens, like rent and debt, can be easily met. A Harris Interactive survey found that low pay was a top source of stress for employees. Make sure that your employees know they’re taken care of and that you’ll do everything in your power to help them have a secure future.

Once people are comfortable and don’t have to worry about money, it has little impact on their long-term contentment. Of course, everyone wants to be paid whatever they think is fair — even if they’re already making big money, but it doesn’t actually impact happiness.

One interesting aspect of this is that cash bonuses aren’t very effective tools. While you might assume money is the best motivator, a study by the International Journal of Business and Management found almost no correlation between bonuses and employee satisfaction. Instead, companies are looking at providing gifts and trips to employees as rewards for dedication or excellence. 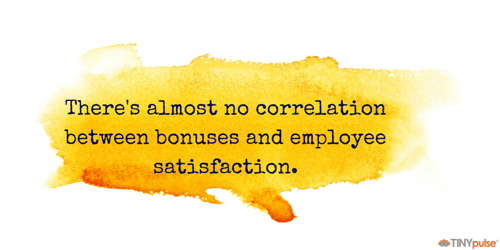 Transparency Is the Way Forward

Many companies are starting to be more open with publicizing employee salaries. There are a number of reasons for this. First of all, you can see what kind of skills and behaviors the company is rewarding. Second, it eliminates any rumors of discrimination in pay — such as men being paid more than women.

It also discourages employees from seeking an offer for more money from another company to use as leverage for a raise at their current job. “That’s clearly a dreadful way to run a company, since it gives all employees a huge incentive to spend a lot of time looking for work elsewhere, even if they’re very happy where they are,” Felix Salmon wrote on LinkedIn.

When considering employee satisfaction, it’s important to look at the big picture. Are people excited to work with their colleagues? Do they feel valued by the company? Do they feel like they have a secure future? If your employees answer yes to all these questions, you’re doing something right.

How to get Leadership Buy-in to your Employee Engagement Strategy

How to get Leadership Buy-in to your Employee Engagement Strategy

Sep 6, 2018 7 min read
Why Too Much Work-Life Balance Is Killing Your Employee Engagement

Why Too Much Work-Life Balance Is Killing Your Employee Engagement

5 Tricks for Employee Engagement on a Small Budget