The Benefits and Drawbacks of Open Offices

The 1990s saw the rise of the cubicle. Has there ever been anyone who liked cubicles? From Dilbert to Office Space, the cubicle was roundly derided as a soul-sucking, isolating force in the workplace.

No wonder then that the 2000s have seen the rise of the open office. Hate all those walls? Knock ’em down! Hate how you never see your coworkers? Now you’ll see ’em all the time!

Open offices were all the rage for encouraging collaboration and transparency. In fact, 70% of workplaces have embraced the open office concept, according to The Washington Post.

But there’s been some blowback, as employees find it more difficult to concentrate and be productive. Open offices don’t provide privacy and lack organization. After years of experimentation, the benefits and drawbacks are becoming clearer.

1. What if you’re an introvert?

The more social, louder, interactive open office environment can be an introvert’s nightmare. One study showed that open offices can cause additional stress, employee dissatisfaction, and even illness, according to the New Yorker. The lack of walls causes bacteria to spread quickly, leading to a single case of the flu taking down the entire office.

2. What if noise bothers you?

This is one of the biggest complaints about open offices. Employees find it difficult to conduct business on the phone or concentrate on a project for an extended period of time. No walls means no barriers to interruptions. Many workers have invested in noise-canceling headphones to combat this.

3. Should we just go back to cubicles?

Well, not exactly. Let’s remember why open offices became popular in the first place. They break down barriers between different levels of employees, more accurately reflecting the less-hierarchical nature of today’s workplace. By having an open office, you do encourage a collaborative organizational culture and bonding between team members. That said, the problems are real and the open office is facing more criticism than in the past.

4. So what are the options?

Susan Cain, author of Quiet: The Power of Introverts in a World that Can’t Stop Talking, has teamed up with Steelcase to create a middle-way solution. She suggests incorporating quiet spaces, working areas for around five people that let them escape from the more chaotic open office environment.

This recognizes different working styles — those who are energized by having people around and those who crave quiet. These spaces shouldn’t have fishbowl-style windows and should, instead, let workers get some much-needed privacy.

Another option is to allow employees to work from home sometimes. The increasing trend of remote work allows a respite from the bustling nature of the open office concept. The Smart Workplace 2040, a report by Johnson Controls, predicts that workplaces will become more flexible, encouraging innovation and creativity. The ideal companies will move toward is “The Hive,” in which corporate offices act as a center for collaboration and other work is done elsewhere.

Perhaps the one thing we’ve learned from ditching the cubicle is that sometimes the opposite of something isn’t the best solution. Companies that achieve balance and listen to their employees’ needs won’t just be successful in workplace design, but also in employee satisfaction.

Invest In Organizational Culture For Employees To Pay You Back

Invest In Organizational Culture For Employees To Pay You Back 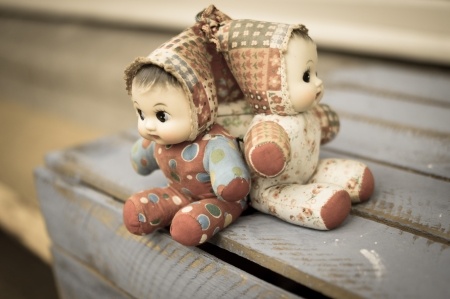 How One Person's Negative Attitude Affects the Whole Work Culture