How Some Employees Put an End to Stolen Work Lunches 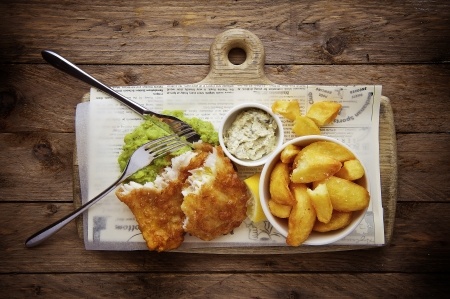 If you’ve ever worked at an office that had a shared refrigerator, one of three things almost assuredly applies to you:

What makes someone steal one of their coworkers’ lunches anyway? Lunch thieves obviously know that they didn’t bring said food or beverage item in. They must also know that whomever they’re stealing from will either have to spend money on a meal somewhere else or go hungry for the day. So what gives? Here are some stories of stolen lunches at work:

In an interview on the Epicurious blog, one reformed food thief spilled the beans. She used to steal her coworkers’ sodas and some junk food. One time she even stole a piece of pizza that was wrapped up in tinfoil.

Why did she do it? She says she was young and couldn’t really control her cravings. When she wanted to slam a Mountain Dew, she grabbed one. She also stole Lean Cuisines. She would open the freezer, see five of them, and think to herself that no one could possibly need to eat all five meals. She’d just take one.

The ride didn’t last forever. One day, she got caught, and she stopped stealing. Coincidentally, she now works in HR for her company, so she receives complaints from other workers about food theft. She’s definitely embarrassed by what she did and swears she won’t do it again.

That’s definitely a good call, especially when you hear this next tale that comes to us via a since-deleted post on Reddit (the folks over at UPROXX archived it for our pleasure).

A Reddit user, who appropriately goes by the name toastedchillies, explained the story of what he did to enact revenge on someone who’d been consistently stealing his wife’s lunch.

A self-described “chili head” who loves his hot sauces, toastedchillies decided to help his wife figure out exactly who was stealing her food. He made her lunch every day, after all. So he got some buffalo wings, a tasty treat they knew would be popular in the office.

But he didn’t stop there. He put a few drops of Blair’s 4am Reserve hot sauce — which is 7,476 times spicier than Tabasco sauce, according to UPROXX — on each wing. For good measure, he also dusted them with ghost chili powder. He wrapped them up in a package, put his wife’s name on it like he always did, and sent her to work.

Fast forward to lunchtime. All of a sudden, his wife hears a bloodcurdling scream coming out of the kitchen. Turns out one of her younger male coworkers decided to roll the dice on the wings. His mouth went aflame, and he ended up throwing up over and over in the bathroom. Justice was served.

The moral of the story? People steal food because they’re hungry, but also because they’re inconsiderate. And you’d be wise to keep your paws off someone else’s food at work. You don’t want your mouth to catch on fire — or worse — do you?