6 of the World’s Most Unique Company Cultures 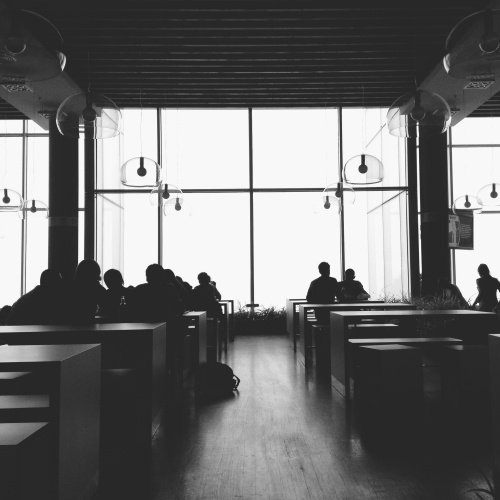 Sure, Google, Facebook, and Zappos are wildly successful companies that have recherché workplace cultures that are envied by many. But we’ve heard stories about them time and again.

Here are six companies — some you might not have heard of — who have amazingly unique work environments.

Happy National Dress Up Your Pet Day! We LUV a good #jetpet #SWApic

It’s not every day you come across an airline that cares more about its employees than its customers. But for Southwest Airlines, employees trump both customers and shareholders in terms of importance. With that in mind, it comes as no surprise that Glassdoor named the airline the nation’s sixth-best company to work for in 2014.

Inspire others. Tweet us your website with #YouShould for a chance to be featured here. https://t.co/WtVEQjzgWy pic.twitter.com/ZMGS6q1kWd

There has to be a reason why Squarespace keeps getting named one of the best places to work in New York City — and the country, too, for that matter. Ever worked at somewhere so bloated with middle management it appeared as though your organization took some pages from the DMV’s playbook? You won’t find that at Squarespace.

Instead, the company prides itself on its flat layout, which can be characterized as having few or no layers between staff the C-suite. When they speak, Squarespace employees are heard.

DreamWorks — the studio behind the Shrek and Madagascar­ films, among many others — is one of the more desirable places to work in Hollywood. That’s evidenced by the fact that the studio boasts an astonishing 97% employee retention rate.

It’s safe to say that employees don’t mind working for Steven Spielberg & co. But beyond that, the DreamWorks facility was explicitly designed to inspire workers and cultivate creativity. Who wouldn’t be happy getting paid to go to a stunning 13-acre campus every day to work on innovative films?

We had a quick party to celebrate the end of the week (a 60-second dance party!). See us get down on Snapchat! (Username: warbyparker, or add us via the link in our bio.) #teamwarby

Last year, eyeglass retailer Warby Parker received a valuation north of $1 billion. Not too shabby for a company founded in 2010. Like Southwest, the company believes that the happier its employees are, the better their customers will be served.

To this end, the company’s standalone “culture team” has instituted a number of initiatives. Among them: lunch roulette, a “game” of sorts where four employees are randomly selected to get a bite to eat together — and get to know each other better.

That’s a pretty shrewd move, considering that coworkers are the number one reasons employees love their jobs, according to our Employee Engagement Report.

You may not have heard of Great Little Box Company, but the Canadian company has been consistently named one of the best companies to work for over the past 10-plus years. A family-run business that stays true to its roots as it grows, GLBC rewards employees who figure out ways to save the company money.

One employee, for example, was paid $2,000 for correctly suggesting that GLBC could save money by readjusting the position of a cardboard cutting machine. Not too bad for a simple suggestion, eh?

In the age of mega tech companies known for giving out ridiculous benefits (e.g., Facebook doing your laundry for you), Riverbed Technology has thrived on its bare-bones approach to perks.

“A lot of the reason that companies do things like bring your dog to work or free haircuts is so employees will stay later,” Riverbed’s Chief or Human Resources Mike Guerchon told SFGate. “We really want our employees to have a balanced life and enjoy San Francisco outside of our office.”

A job in 2016 where work actually ends at 5 p.m.? It’s not hard to see why folks like working at Riverbed.

One of your strongest recruitment and retention strategies is your work culture. Create a place where people want to work and will want to stay.