Appropriate Jokes You Can Actually Tell at Work 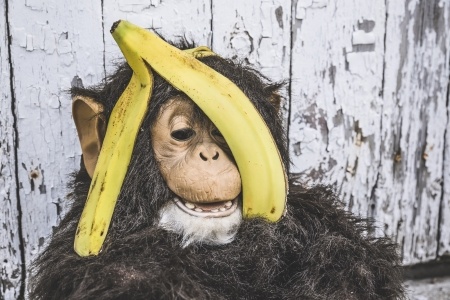 Who doesn’t like to laugh? Laughter makes us happy. So when we laugh at work, we have fun with our peers. After all, our research found that 70% of employees consider peers the biggest driver behind fun at work.

Thing is, you can’t tell the same kinds of jokes you tell at the bar when you’re in the office — even if you’re with your work buddies. For starters, you certainly don’t want to offend anyone. Beyond that, developing a reputation as the person who tells raunchy jokes probably won’t help you climb the corporate ladder. Not much of a comedian? Here are some totally appropriate work-related jokes you can borrow.

Stephanie works for a local media company that’s struggling to adapt to a changing economy. It’s been awhile since she’s seen a bump in her paycheck, so she decides to go into her boss’ office and make her case for a raise.

“I know times are tight, but I need to let you know that there are three companies that are very interested in me right now, and I’d like a raise,” Stephanie tells her boss.

They negotiate for a bit, but after a while, the boss agrees with her and extends a 4% pay bump.

Stephanie’s on her way out the door, and her boss asks her if she wouldn’t mind revealing the three companies interested in her, “The car company’s inquiring about my overdue lease payments, the electric company’s concerned they haven’t seen a check from me for a few months, and my phone was shut off three weeks ago.”

An engineer who’s fresh out of college has been offered an entry-level job at an up-and-coming, fast-growing tech startup. He’s super excited to cut his teeth at an exciting and innovative company, but before he can start working, he has to negotiate his salary and sign a contract.

The HR professional reaches out to the engineer and asks how much money he’s expecting to make.

The HR guy pauses before upping the ante with: “How about we get you six weeks paid off each year, a ten-to-one matching contribution to your retirement account, a company car — will a Lexus be okay? — a personal assistant, and free airfare anywhere in the world you want to go at any time on our corporate jet?”

The engineer is shocked. “Wow, are you for real?”

“Definitely not, but you started it.”

The Classic: Whose Job Is It?

If you’ve got the chops to pull off this classic office joke that reads like a riddle, you’re sure to impress your peers:

This is a story about four people named Everybody, Somebody, Anybody, and Nobody.

There was an important job to be done and Everybody was asked to do it.

Everybody was sure Somebody would do it. Anybody could have done it, but Nobody did it.

Somebody got angry about that, because it was Everybody’s job. Everybody thought Anybody could do it, but Nobody realized that Everybody wouldn’t do it.

It ended up that Everybody blamed Somebody when Nobody did what Anybody could have done.

Got a great work-related joke that’s appropriate for the office? We’d love to hear it!