Why Companies Can’t Get Rid of Performance Reviews 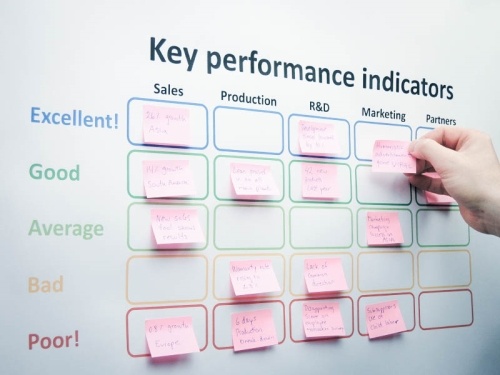 Their logic is simple: reviews shine a light on where employees stand right now, and they help predict where workers may end up tomorrow. Feedback, naturally, is critical to employee development. Employees understand this perfectly, which is why a majority of them actually enjoy hearing negative feedback.

How else can workers expect to improve if no one is telling them what they’re doing wrong?

The Limitations of Annual Performance Reviews

While annual performance reviews are a nice starting point for improving engagement and strengthening employee performance, they’re outdated, to say the least. This is why 10% of Fortune 500 companies have already moved away from traditional reviews, according to the Washington Post.

For starters, managers try to synthesize an employee’s performance over an entire year into an hour-long meeting when they conduct reviews annually. This isn’t really all that useful, and it doesn’t make it any easier for employees to improve any time soon.

Imagine a worker has knocked it out of the park for the first 50 weeks of the year. Then that person experiences a tragedy: maybe their health takes a turn for the worst, maybe they break up with their significant other, maybe they lose a loved one.

Whatever the case may be, the employee’s work suffers during the two weeks leading up to their review. When it’s time to sit face to face with their manager to discuss progress, all of the talk centers on how the employee’s efforts have dropped off lately.

Talk about an unfair kick in the pants when you’re already down.

Instead of only checking in with employees once a year, organizations are gradually shifting away from annual performance reviews. It turns out, the more frequently you assess your employees, the more beneficial the review process can be.

The Logic Behind Frequent Check-Ins

Let’s say you have a rather strict policy that the office opens at 9 a.m. and all workers are expected to be there. Now imagine that, unlike most of your employees, members of your sales team routinely work late nights. Because they’re still expected to show up at 9 a.m., virtually all of them think this setup is unfair. Yet none of them say anything because they’re afraid of causing a ruckus.

If your organization held annual performance reviews, a member of the sales team might not pipe up until they're asked what they would change in a one-on-one setting. And that’s assuming the person worked up the confidence to say something about the policy at all.

In such a scenario, the morale of your sales team would be dissipating, and you might not even realize it for an entire year.

By moving away from annual performance reviews and instead assessing the state of your employees on a much more regular basis — perhaps even as often as once a week — your organization will be able to immediately address any problems that come up.

Morale won’t suffer for many months before you’re privy to the fact. Instead, it'll improve, thanks to the changes you make as a direct result of the frequent assessment of your staff.

Looking for the ticket to a more productive organization? Check in with your employees regularly to assess their sentiments. They’ll be happier and more engaged, and your company will be healthier as a result.

10 Glaring Reasons Why Companies Can’t Get Rid of 1:1 Meetings 10 Glaring Reasons Why Companies Can’t Get Rid of 1:1 Meetings