Why a Rating Scale in Performance Reviews Fails Your Team 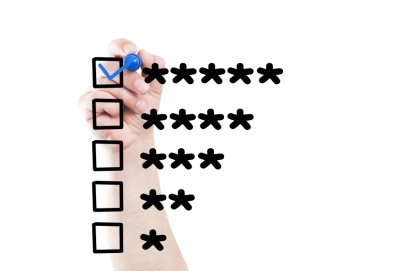 The five-point rating system has long been the standard in employee performance reviews. Once or twice a year, every employee in a company is appraised on the same scale: from one, standing for “poor,” all the way up to five, which stands for “excellent” or “exceeds expectations.” Clearly, there’s a lot that can’t get said in these strict metrics, and some companies are finding that, to effectively review employees, they must ditch the outdated system.

According to SHRM and YouGov:

What the Science Says About Five-Point Ratings

Performance appraisals are supposed to assess an employee, right? Turns out, the science shows that using a five-point rating system shows more about the manager doing the reviewing than the employee being reviewed. That clearly is a huge problem.

According to HBR, when 4,492 managers were rated on particular performance dimensions by two bosses, two peers, and two subordinates, 62% of the ratings’ variance was a result of individual raters’ “peculiarities of perception,” while only 21% of the variance was attributed to actual employee performance.

Why Five-Point Ratings Could Be Detrimental

When employees are being judged on a biased, useless system, you can imagine that there will be frustration and resentment. If an employee has worked hard all year, and then once or twice in 12 months, their entire contributions are put into strict check boxes, it will hardly ever be effective and could even be detrimental.

According to YouGov, only one-fifth of employees believed their manager would act on things that came up during the performance review, and worse, 20% said their boss “never bothered” to follow up on concerns. This builds a sense of distrust and a feeling of lack of respect or caring.

SHRM has shown that voluntary turnover spikes immediately after performance appraisals. Many great employees leave the company, disheartened by their reviews.

Adobe is one company that ditched the five-point rating system after witnessing this turnover spike firsthand. Donna Morris, SVP of Global People and Places at Adobe, told SHRM:

“We hired the very best, and then we brought them into an organization and on an annual basis said, ‘You were exceptional when you came in, but now, relative to your peers, you’re only average.’ That doesn’t feel good.”

Five-point rating systems aren’t only ineffective, they could be harmful to your team. Follow the path of many progressive companies and leave them behind.