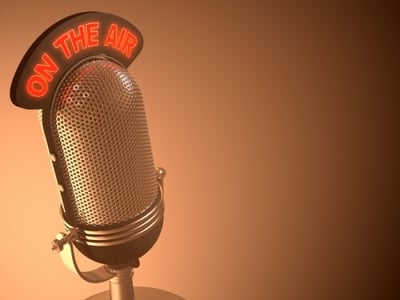 Kevin Nakao, Head of Sales & Marketing at TINYPulse, was a recent guest on the TechnologyAdvice Expert Interview Series to share his insight on the intersection of sales, marketing, and technology. The series, which is hosted by TechnologyAdvice’s Josh Bland, explores a variety of business and technology landscapes through conversations with industry leaders.

Below are a few highlights from their conversation:

TechnologyAdvice: How important is the growth of data and analytics for HR software? Why is it such a big trend right now?

Kevin Nakao: You have teams of people at larger enterprises who are just focused on people analytics. The most sought-after recruits are big data analytics people. Particularly in the last year, now that we have all this data, people need to know what to actually do with it. What we've found is in many cases, if a company just asks a whole bunch of questions and never does anything about it, they're actually worse off.

If you've got the data, you've got a responsibility to take action. For example, if your revenue is declining and you don't do anything about it, you’re kind of worse off because you knew there was a problem but didn't act.

One of the things we do in our process is focus on making sure a potential customer is set up for success. And many times we'll say, "Don't use us unless you're ready to commit to change." Because you'll be worse off if you ask employees what they think and you don't do anything about it.

So one of the things we do, even if somebody wants to buy TINYpulse up front, is we strongly encourage them to test it out first.

TA: Are small businesses out there adopting HR technology in the same ways large companies are?

Nakao: Yeah, that's the most interesting thing to me. I have been shocked by the number of small companies adopting and investing in employee engagement. When you're in a small company, you're just trying to keep your head above water. And I'm just amazed at the number of leaders, CEOs, and HR people who are making a real commitment to their employees.

I think the reason for that is small companies are competing for talent. In most cases, you can't be successful unless you hire the right people. In many cases there's more risk, there's potentially less pay. You've really got to do what you can to recruit the best talent. And now that you've invested all that time into getting that talent, the challenge is keeping them there. A lot of these smaller companies don't have professional recruiters, which makes engagement really important to them.

The other interesting thing I'm seeing is customers who were recently invested in by private equity. Traditionally, private equity looks for efficiencies by cutting costs. And they're still looking for that, but they're now also looking at productivity. One of the CEOs I met with said getting TINYpulse was his highest priority because he knew in the long run, that's how he would deliver the best results for his team and his investors.

On the smaller company side, that's what I'm seeing. If you look at the economics of where we are in the market today, our quit rate is increasing and the jobless rate, thankfully, is declining. So, everybody big and small is worried about how they're going to fill open positions. It's a much different story than it was several years ago when we hit the economic crisis. We're definitely in growth mode. People need to hire people and they also need to retain the talent they have.

TA: How do employers ensure they’re reaching and engaging employees in a fast-paced, mobile workplace?

Nakao: You have to keep things tiny and lightweight. One of the ways to do that is by making it as easy as you can for somebody to complete a task or survey. This is why our site has always had a responsive design, so it works on any mobile browser. We also recently launched an iPhone app, and we're starting to see huge increases in behavior.

What you can do with mobile is help program your activity to a one-minute or two-minute time slice. So maybe you're waiting for the next meeting or you're on the bus, mobile really allows you to help people take advantage of that downtime and turn it into some pretty productive or helpful time.

You want feedback quicker, people want to give cheers to somebody on the spot for doing a good job, or they want to answer a question, and it's great to be able to do it on demand. Just like we’re able to hail car services whenever and wherever we want, people want to do the same thing with in terms of how they engage with their coworkers at work and how they work their company.

This podcast was created and published by TechnologyAdvice. Interview conducted by Josh Bland. 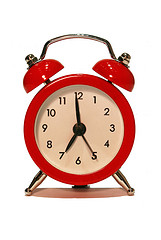 Nov 18, 2014 4 min read
What All Sales VPs Need to Know About Employee Engagement

What All Sales VPs Need to Know About Employee Engagement

May 17, 2016 4 min read
What Immediately Happens to Other Employees When Their Coworkers Quit