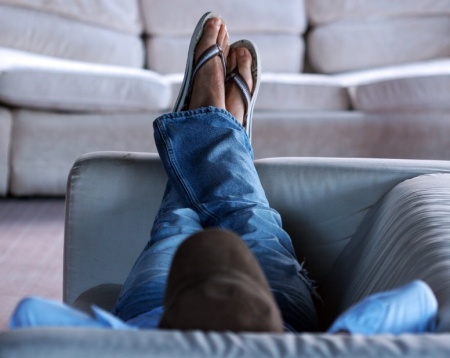 In every organizational culture, you have those who put in every single ounce of effort to get their work done and more. Then there are those who get away with doing absolutely nothing all day without anyone noticing at all.

Our research finds that 70% of employees feel like they're drowning at work, so if these folks find out that their peers are spending their days twiddling their thumbs, there's a good chance their engagement level will tank.

Here are three stories of employees who faked productivity at work:

Outsourcing is a huge concern for any industry. However, a Verizon developer outsourced his own job to China. He came into work every day and spent his hours surfing the internet and watching cat videos. Yes, cat videos.

The ironic part is that his past employee reviews show him as being a model employee and one of the best developers in the company.

Some people will work out elaborate schemes to avoid working — just ask these eight Toronto Transit Enforcement Officers. Instead of working, they issued several hundred tickets to homeless people with no permanent address so they could spend their free time hanging out with their friends.

The Head of Controlling and Risk Management at a company decided to go anonymous to tell their story on Quora: "I got the position four years ago. In my first year I worked an average of 50 hours a week. It might not sound like a lot to those in management consulting or Big Law, but it is way above the average in my industry in Europe. In that first year I got to know the business, established connections with the key players, and visited most of the 40 countries my company has a presence in."

By this person's third year, they had figured out how the business ran, who they needed to talk to, and how to streamline their department. "I didn’t have enough work to fill 40 hours in my third year. I had streamlined my department so much that we were completing more reviews in less time than after I had just started in the job. This was not because we had collectively become lazy or were doing superficial work; we slashed our insurance premium by 20% while improving coverage on the strength of the work we had done — so insurance companies obviously thought we were achieving something meaningful. A Big 4 consultancy came in to evaluate my function and rated us to be in the top quartile of all comparable departments; I think we are closer to top 10% now following some further improvements I have made since the review. Everyone that has left my function has gone on to become a CFO, a head of controlling, and so on. Those of us still with the company have just become more efficient in what we’re doing."

"Now, close to my fifth year in the position, I probably really worked some 15-20 hours a week. This is the time I needed to spend directing and fine-tuning my employees’ work, maintaining business relationships, and reporting to the board on the work we are doing. My employees are probably working a comfortable 35 hours a week each."