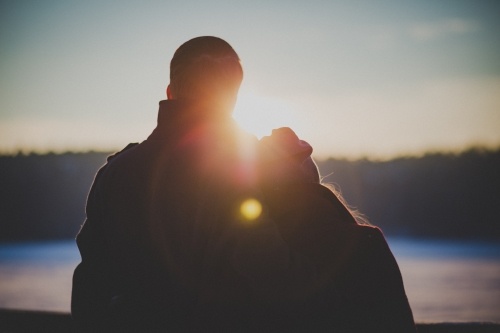 We all have dreamed about Jim and Pam’s swoon-worthy romance from The Office, but some people have made that office love dream come true.

Sure, workplace relationships are prone to issues. It’s hard seeing your partner every waking hour, and many companies frown on intraoffice dating — but when it works, it works. Just ask these three people with the best workplace romance stories.

“I was getting to know someone at work, and we were both pretty smitten. He would often turn up at my desk with a coffee when he'd gone to grab his or pop by through the day to say hi — pretty usual stuff for that early crush stage.

"There was one day I remember. When I got to work and sat down at the computer to start the day, the mouse wasn't working. I shook it a bit, clicked it over and over, then I turned it over to see what was going on with it. There, stuck to the bottom of the mouse, was a Post-It note that said, 'Hi, pretty girl XO.' It was so unexpected and lovely!

"Might not seem like much, but it was the sweetest gesture. I smiled forever. And in fact, I still do when I think of it. And I still have the Post-it note, of course.”

A Teenage Work Crush Survives Over the Years

“I met my current boyfriend long before my ex. We worked together at a Marie Callendar's restaurant in Pasadena, California, when I was 17. He says he can remember the day I came in to apply and what I was wearing — blue jean overalls. I don't even remember that. He also remembers that I was a crappy waitress. That part is definitely true. I moved on to another job, and he called me from time to time.

"A couple days before I moved to Oregon when I was 19, he just happened to call me out of the blue. I told him what I was doing and hung out for a few hours. I was really going to miss him, but I knew it was what I had to do — for many reasons …

"Six years later, as I was ending my relationship and he was ending his, he sent me a message on MySpace. I was so happy to hear from him but didn't know what to expect. We talked, and I teased him about taking me to dinner in Vegas for his birthday since my brother and I were headed on a road trip through there on the way to Arizona. Surprisingly (and thankfully), he agreed. Of course, we were just meeting as old friends who were going to catch up. Ha.

"We met up at the Golden Nugget, trying to coordinate where the other was (I forgot how terrible he is with directions) and finally saw each other walking down a long hallway. It took everything I had not to run all the way to him. It was like no time had passed at all. Since that day, we've been apart for a grand total of less than 14 days.

"One of the first conversations we had was me telling him I want to go teach English in China, get married, and have kids within the next couple of years, and if he wasn't ready for that, we should part ways now. I was really scared, but I was more scared of being in another relationship that was going nowhere like the one I had just come out of. Suprisingly (and thankfully) he agreed again.

"Within a year, we had our tickets to India and traveled the world together for about 14 months, with a stint teaching English and exploring long-term options in China. We're now back in Los Angeles and working on planning out the rest of our future together. Life's good, and I've truly never been more content."

Friendly Colleagues Turn Into Something More

“It was the summer of 2007, and I was a sophomore in college bent on getting my undergrad and then quickly moving to California to pursue my Masters in hopes of ending up in Cali somewhere. I had recently gotten my first internship at ACI Worldwide in a newly started group within the company.

"All I was told was that I was one of four interns that would be starting in June for an indefinite period of time. After my new boss showed me my cubicle, he introduced me to an intern catty-corner to me, and his name was Tommy.

"It took me a moment, but I knew I had recognized him from somewhere. We went to the same high school and even had mutual friends but had never crossed paths until now. He was an awkward, country music-lovin' guy who seemed far from the type I was interested in. At best, we would be friends. At worst, we would just be interns in the same group.

"Over the course of that summer, he slowly won me over. I was a workout fiend at the time and running half marathons was my norm. Naturally, I took part in any corporate fitness events for the 'benefit of our company.' I needed a training partner, and the other two interns weren't really the hyper-fitness type, so I resorted to Tommy. Little did I know that while I viewed us working out strictly as two friends training together, he saw it as something more.

"My first indication was that approximately one month after we started, I came into work one day (on my birthday) and found a single red rose on my desk. (He realized later the significance of a red rose, which means love.) He had written a very sweet note about how much he enjoyed spending time with me and training for races.

"Things started shaking after that. He would leave sweet Post-It notes on my desk and send me all sorts of indications of liking me. He confessed he liked me one day with (and I quote) 'I kinda have a crush on you.'

"The rest is history, and fast-forward to the present: we have been happily married for 4 years and have two daughters."