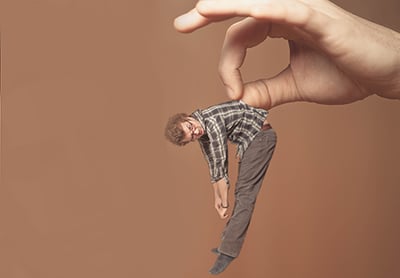 When you think of bullies, your mind tends to go to grade school playgrounds. But the problem is much more present in adulthood than most people imagine. In fact, it’s become practically the norm in office environments — and that’s awful news for both employees and the future of their companies.

Bullying in the workplace can be described as abusive conduct that is threatening, intimidating, humiliating, work sabotage, or verbal abuse. And a national study from the Workplace Bullying Institute showed some alarming statistics:

It’s no surprise that having an environment of workplace bullying — which unfortunately is far more often the case than not — can deteriorate an organizational culture. High staff turnover, low morale, and lost productivity can damage not only your employees but the reputation of your company as a whole.

So follow this four-step plan to tackling bullying in the office head-on. You path should be to train everyone in your organization, from the CEOs down to the interns, to define what bullying is, to have a single go-to place to report bullying, and to clarify specific consequences for the negative actions. From there, it’s about rebuilding your organizational culture to promote an anti-bullying framework.

The worst approach managers can have is the “this doesn’t happen here” position. As the statistics show, bullying is happening everywhere.

Not acknowledging your own contributions to the problem is only making the problem bigger and showing your employees that their troubles are not your concern. To show you are going to take reports of bullying seriously, if you’re in a position of power, don’t tell employees to “just work it out” or call what is bullying merely “competition.”

Glossing over bullying is not going to cut it.

First, clearly define what bullying is, and train your employees on that definition. Ensure everyone is on the same page of identifying and working to eliminate bullying. Point out examples: A manager that always talks over his team in meetings, denigrating any other ideas. Spreading rumours about a colleague’s personal life. Using derogatory remarks about anyone’s race, culture, or gender.

This process will help you find and target anything that is contributing to bullying in your company — whether it's certain hierarchies, competitions, or anything in your culture that may (not purposefully) cultivate bullying.

2. Create a Team to Target Bullying

The same eye-opening study from the Workplace Bullying Institute showcased why the person targeting bullying in an organization can’t just be the CEO or one manager:

Because employees can so often feel bullied by their superiors, rather than devoting an executive-level position to styling bullying, build a team of workers from all different groups and hierarchies. And truly give them power to enact policy, address reports, and dole out consequences under the umbrella of the company’s CEO. This way, you can ensure that the board against bullying is acting fairly and objectively.

Consider making positions on the board that can be nominated and voted upon. Bring in ethics specialists to train this team on identifying bullying and techniques on discussing the problems with both the target and the bully.

This team will act as the crystal-clear avenue for reporting bullying, and it showcases that the company is committed to making every employee feel safe from attack.

This anti-bullying board must swiftly and transparently enforce consequences for bullying, or else it will just be for show. The board and, in turn, your company as a whole must be committed to decisively and concretely issuing consequences for bulling. Make it clear what those consequences are ahead of time, whether it’s suspension or something else.

If employees see that the board is taking their reports seriously and putting a stop to the behavior, it will show potential bullies that the behavior is not tolerated and bullying targets that their voices are being heard.

4. Foster a Culture of Acceptance and Teamwork

There are ugly truths hiding behind bullying, especially concerning who is most often affected. According to the Workplace Bullying Institute:

Women and minorities are overwhelmingly more often the targets of workplace bullying. This is something every company must work to change. The first step is to identify and eliminate procedures that contribute to bullying and enact polices against bullying, but the next step is to regrow your company in a climate of acceptance, tolerance, and teamwork.

Create employee resource groups where employees can feel comfortable to join with their fellow workers to celebrate their race or ethnicity, gender, sexual orientation, and other identifying traits. Ensure your company sponsors these groups with events and outings. Build a general spirit of camaraderie with company outings and even team-building games.

Workplace bullying is an unfortunate fact, but it isn’t something you should just accept. Work to identify and eradicate bullying with transparent policies and enforcement, and work to build your company culture around teamwork and acceptance instead.