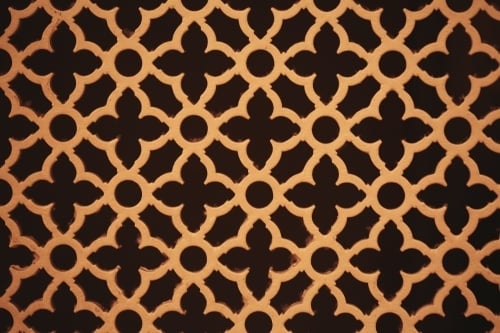 Companies, like countries, have their own cultures. In the workplace, an organizational culture consists of values, beliefs, behaviors, and assumptions that together influence employee actions.

Engaging organizational cultures — the kind you should strive to create — are those in which employees are excited to show up to work each day. They believe in what they’re doing, they love their leaders, and they get along with their coworkers just fine. It comes as no surprise that employees immersed in such cultures are more productive than their more forlorn counterparts.

On the other end of the spectrum, there are disengaged cultures. Employees unlucky enough to work for such organizations hate their jobs, hate their bosses, and look forward to leaving the office the first second they can each day.

1. Set your employees up for success

Today’s workers feel as though it’s impossible to get their work done. According to our Employee Engagement Report, almost 70% of employees say they’re not fulfilling all of their job responsibilities.

If your employees are overworked, take some stuff off of their plates if you can. But sometimes there’s an even easier answer to help lighten their load.

When’s the last time you reassessed the tools your workers are using? Making a slight investment in technology (e.g., using a communications tool like Slack) could go a long way toward increasing productivity.

Employees are adults and expected to be treated as such. They spend a huge chunk of their lives working for your company, and they deserve to be kept in the loop with what’s going on.

From time to time, management will be privy to things employees can’t know — such is the nature of the beast. But for the most part, you could probably stand to be a little more forthcoming with company developments.

3. Be honest and trust your employees

It’s not super productive if you talk to your employees often and everything you say is a lie. So be truthful in all of your communications. When the situation requires, choose reticence over sharing falsehoods.

And on the other side of the coin, trust your employees until they give you reason not to. Nobody likes being accused of being dishonest when they’ve been telling the truth the whole time.

According to a recent study, more than half of American workers feel burned out on their jobs. It’s not hard to imagine why.

Today’s workers are not only expected to bust their tails over the course of the day, but many bosses want their employees to stay connected when they get home at the end of it as well. That’s the real reason they’re given mobile devices in the first place (in some instances).

We all know what all work and no play did for Jack Nicholson’s character in The Shining. Your employees won’t suffer a similar fate if they work all day, every day, but they certainly won’t be able to reach their full potential. And they won’t like their jobs either.

It’s not enough to simply pay lip service to work-life balance. You need to embrace it.

For example, you can allow employees to shift their schedule to accommodate personal errands. Or reinforce the idea that you don't expect them to answer or check work emails while they're off the clock.

5. Reward and recognize your employees

Our report found that fewer than 33% of employees feel as though they’re valued on the job. Even if they are completely off the mark, perception is reality. When employees don’t feel valued, they’re not as eager to pour all of their energies into their work. In addition to the quality of work becoming lackluster, productivity is likely to suffer.

Luckily, managers can easily change these sentiments — and quickly. Take time to reward your employees and recognize their efforts on a regular basis (e.g., once a week). And if you're out of ideas as to how you can recognize your employees, we’ve got you covered.

6. Solicit feedback from your workers regularly

Here’s another easy way to make your employees feel valued: pick their brains often, and seek out their ideas. It’s true that you made your way to where you are because you’re good at what you do. But you're not the smartest person in the world, and you’re certainly not the only one capable of coming up with great ideas.

Your team works in the trenches every day. They know operations inside and out — in some cases, probably better than you do. Odds are, someone on the team has a suggestion that would improve productivity. You just have to ask.

Thanks to new technologies and platforms, it’s easier than ever to solicit feedback from your employees on even a weekly basis.

According to our report, colleagues are the thing employees like most about their jobs. Workers are forced to spend more time with their colleagues than with their significant others in some cases. That’s a lot of time, and time seems to move slower when we’re not having fun.

When employees get along with their coworkers, it’s a whole different ball game. Team members actually look forward to going to work — even on Monday mornings (okay, that’s perhaps a slight exaggeration).

To increase the chances your employees get along swimmingly, organize team-building activities on a regular basis. When it comes time to hire new employees, you can also ask existing team members if there are any candidates they’d like to recommend.

8. Don’t be stingy with salaries or benefits

Your workers don’t show up every day solely to earn a paycheck and grab a free lunch. But compensation and perks do matter with respect to employee engagement.

In fact, nearly 25% of employees would switch jobs for a 10% raise somewhere else, according to our report. You don’t have to shower your staff with money, but pay them appropriately and review their compensation regularly. They’ll be more engaged.