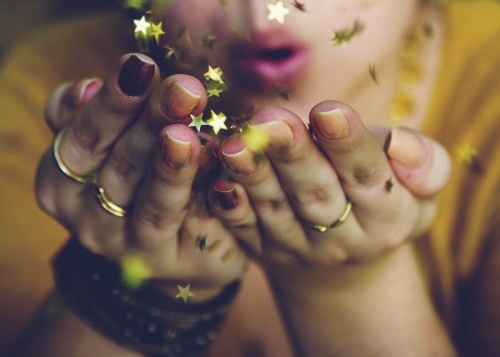 We put so much of ourselves into our work. Still, fewer than one out of every three workers feels valued at their jobs, according to our our research. The good news is that there’s an easy fix: Recognizing employees on their work anniversaries for their achievements, contributions, and commitments can go a long way toward improving that statistic.

Not sure precisely how to go about employee recognition? Consider these five ideas:

1. Ask their work buddies for ideas

As a manager, you’ve got a ton of your plate. So you can’t really be expected to know what makes everyone tick as well as other members of your team who are in the trenches day in and day out. When an employee’s anniversary is coming up, pull a couple of that individual’s peers aside and pick their brains for ideas as to how your company can recognize the milestone.

These consultations should prevent you from doing something silly — like celebrating an anniversary for an employee who happens to be a vegetarian at a Brazilian steakhouse. And as an added bonus, the person you’re celebrating is more likely to actually enjoy the celebration.

2. Create goofy awards to give out at specific milestones

Everyone could use a little more laughter in their lives. On the show The Office, boss Michael Scott loves his job and loves his staff (except Toby). To inspire and encourage his team, he created “The Dundies,” a series of silly awards he gives to each of his Dunder Mifflin employees once a year.

Why not try something similar? Create humorous awards and give them to your employees on their anniversary days.

Here at TINYpulse, we celebrate work anniversaries by decorating the person's workspace with streamers and balloons. It may not be the prettiest sight, but it's the thought that counts! Nothing's better than seeing your coworker's surprised face as they walk in and find a cake, card, and streamers on their desk.

4. Stock up on Amazon gift cards

No idea as to how to best recognize your employees on their anniversaries? It's difficult to go wrong with an Amazon gift card. Give your employees a $50 gift card on their one-year anniversary. Bump that up to $100 after their second year, and keep going up each successive year.

You may still have to think about how to reward employees who have worked for you for 20 years, though.

5. Deliver details about the employee's accomplishments

If you want to take your recognition to the next level, consider giving short speeches in a public setting (if they're an extrovert) or writing a thoughtful email (if they're an introvert) that highlight a specific employee’s contributions and strengths in front of the whole team on their anniversary.

Not only will your recognized employees feel better about themselves, they’ll also strive to work harder so that you’ve no shortage of details to say when it’s their turn.

Know of any other creative ways to recognize your employees? Let us know!