9 of the Best Job Posts to Replicate 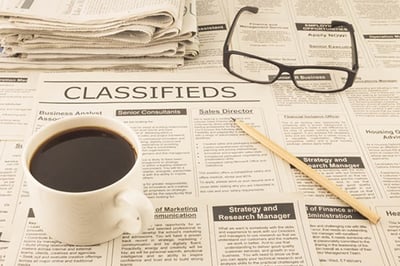 In today’s competitive marketplace, it can be difficult to attract top talent. While some companies are able to attract the best candidates simply because of the incentives they can offer (e.g. equity, generous 401k matching, and great health benefits), those with fewer resources can get creative with their job postings to accomplish the same.

Let your future job ads be inspired by these nine awesome examples: 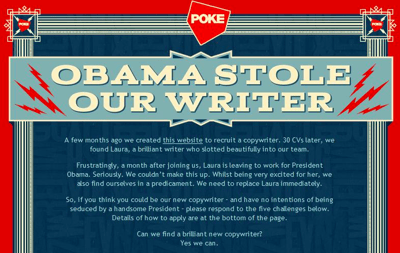 It’s hard to imagine a copywriter who wouldn’t want to join a team that conjured this job ad. Immediately, candidates are lured in by a seemingly insane headline: “Obama Stole Our Writer.” Cleverness attracts talent. 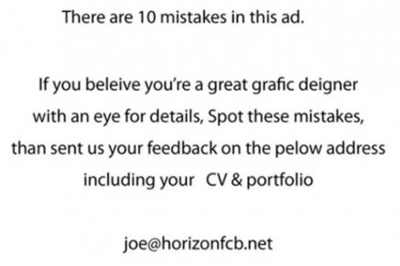 What better way to land the right talent than by testing them? It’ll be pretty easy to see which candidates who respond to the ad are qualified for the graphic designer position. Creative folks like challenges, and the ad serves as an example of a manager who knows their audience. 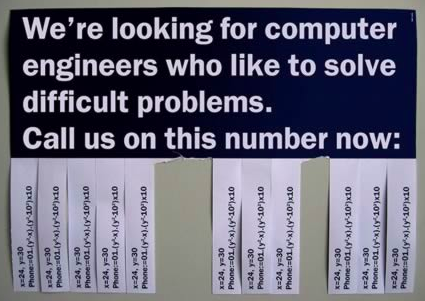 If you’re hiring for a very specific skill set, it’s wise to weed out as many underqualified candidates if you can. Can you think of a better way to attract engineers than the folks behind this?

4. The most challenging ad 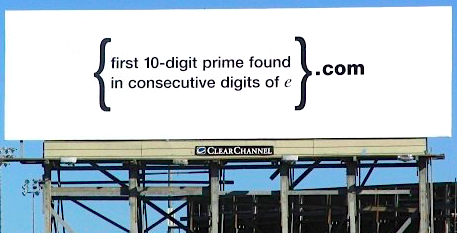 About a decade ago, Google ran this billboard in Silicon Valley. Those who correctly solved the math problem would be then head to 7427466391.com (the answer) where another even more complex problem awaited. Answer that correctly, and voila, candidates landed an interview at Google. Talk about a streamlined recruitment strategy. 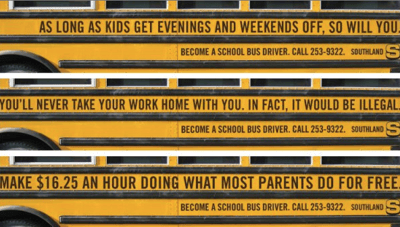 Being a bus driver might not be the most lucrative or romantic of job, so this bus company chose to take a common sense approach to its job ads — and they’re pretty funny, too. At the very least, the ads had to cause some folks to rethink whether they should become a bus driver. 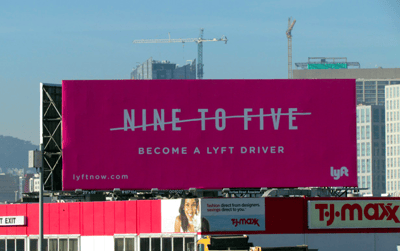 Ridesharing service Lyft promises successful drivers an alternative to the shackles of the 9-to-5. This ad is simple but effective. It’s not hard to imagine an office grunt stuck in traffic staring at the billboard and daydreaming.

Who cares if it really isn't the best job in the world? If you were looking for work, how could you possibly skip over it? Headlines sell newspapers. They can sell job ads, too. 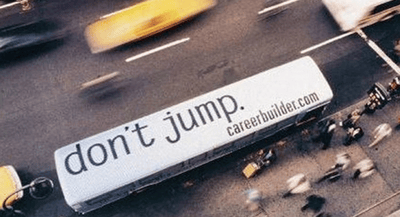 Chances are most people who saw this weren’t about to leap to their deaths. But CareerBuilder certainly thought of an interesting way to use the top of a bus to advertise its services. At any rate, those who saw it would probably gut check their own employment situation.

Now, we're not saying that you need to be loud and outlandish with your job posting. But putting together a job posting that's creative, to the point, and eye-catching should definitely be a part of your recruitment strategies.

What was the best job ad you've ever come across? Maybe it's even one you created yourself. Share your tips and stories with us in the comment section below!

The Anatomy of a Flawless Hiring Process The Anatomy of a Flawless Hiring Process 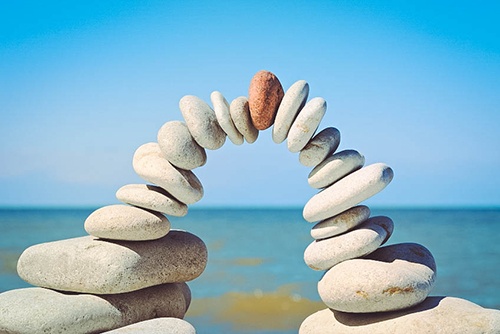