8 Reasons Why 360 Reviews Are Completely Overrated 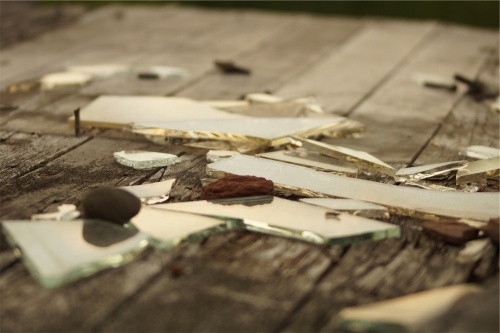 If you’ve never heard of a 360-degree review before, here’s a little primer: rather than managers reviewing their employees directly, these types of reviews include feedback from multiple peers, colleagues, and subordinates, as well as a self-evaluation.

The reasoning is simple: the more feedback on hand, the more accurate the picture created about any given employee. But despite their increasing popularity in recent years at some organizations, the truth of the matter is that 360-degree reviews really aren’t all they’re cracked up to be. Here’s why:

Imagine someone asks you to respond to a series of questions regarding your coworker Dave. Is he a good listener? Is he well behaved? Is he a leader? All of your responses will be subjective with respect to your definitions of those traits rather than being objective assessments of Dave’s skills.

2. Managers care about their own opinions

It’s one thing for a manager to solicit feedback from six people. It’s another thing altogether for that person to actually let that feedback influence their decisions.

3. Review questions can be pretty vague

You might find out that nine of your employees are extroverts and four of them are introverts, per Myers-Briggs. While that information might help you manage your staff better, it doesn’t really do much more than that.

Ever had a manager who gave you a terrible performance appraisal? It’s not a pleasant feeling. Now imagine an employee receives a terrible 360-degree review, meaning a whole lot of people that person works with don’t have good things to say. That’s not exactly something that will make you psyched for work tomorrow, especially since our research found that peers are the number one thing employees love about their job.

5. Strengths can get lost in the mix

After identifying a number of weaknesses in any given employee, many executives will work decisively to help overcome them. Unfortunately, by focusing on weaknesses, strengths may be forgotten. To ensure their employees remain motivated, wise managers are certain to balance the good with the bad in reviews.

Even when employees try to conduct 360-degree reviews confidentially, you never know when some information might leak out as to who said what about whom. There might already be office drama at your organization. Try not to create more.

7. There’s usually no plan after the review

You’ve collected all of your data and given feedback to your employees. Great! Now what? Behavioral changes take time. Oftentimes organizations neglect to follow-up reviews with actionable plans.

Since you need feedback from multiple people and the employees in question themselves, 360-degree reviews take considerably more time than traditional ones. Multiply one such review by the number of employees you have, and it doesn’t take a rocket scientist to see how quickly tons of time can be sucked away. Your workers have jobs to do. If they’re particularly busy, many could consider their participation in these reviews a waste of time.

There’s a reason why managers have been reviewing their employees directly for decades: it’s effective. So don’t reinvent the wheel when it comes to reviewing your employees’ progress. To get the most useful data from employee reviews, touch base your individual employees frequently.