A Surprising Problem-Solving Method From India 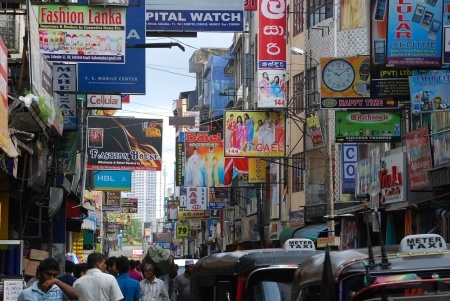 The concept of jugaad — a Hindi term for improvising creative solutions — is becoming big in business the world over. The authors of Jugaad Innovation argue that the West must look toward emerging markets like India for “a new, bottom-up approach to frugal and flexible innovation.”

For the first 30 years of my life, I was in the United States, and for the last four years, I’ve lived in India. One difference between the two countries is that in America, things just work. In India, not so much. Everything from electricity to the water supply to car engines might not work at any given time. I think it’s this condition that’s created the culture of problem-solving. Indians assume things won’t work, so you have to find a way around.

Jugaad is also derived from India’s lack of financial resources. For example, one surgeon in the city of Pune uses paper clips to keep skin flaps open during surgery, according to the Times of India. This is much cheaper than using the industry standard clips, which run at roughly $600 each. Many Indians also use clay containers that cool food through evaporation instead of electricity.

Or how about these guys — no chair, no problem! 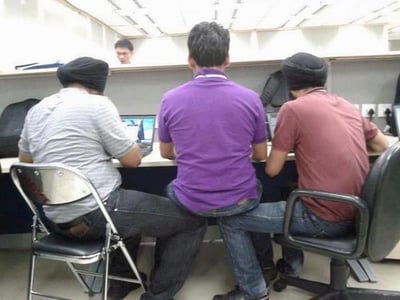 And businesses are finding ways to use this technique to make operations more efficient.

In the West, we tend to think that there are specific tools you need to complete a job. When we don’t have those tools, we tend to push until we get them.

With jugaad, you figure out how to accomplish what you need to do simply with what’s around you. It’s challenging, but it forces you to think creatively and use resources in unexpected ways. Take this guy, who used a pair of pants to cool two rooms at once. 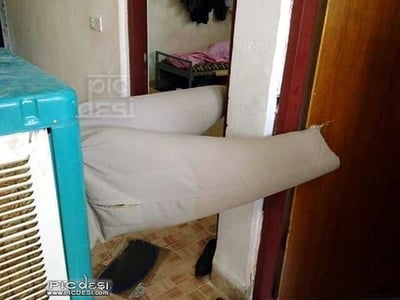 Many companies are looking to expand their presence in developing countries. Part of that equation is drastically lowering costs, requiring companies to get creative about how to build the same product for less.

Medical equipment companies are some of the first to embrace this, offering new ECG printers for $500 instead of the usual $10,000, according to the Guardian. India’s YES Bank is also on board — the company has created a system so customers can make payments from their cell phones without the need for a bank account, according to Harvard Business Review. This takes advantage of India’s huge cell phone infrastructure.

While the industrial systems of Western corporations discourage risk (think Dilbert), jugaad actively encourages it. Most of its biggest successes are based on trial and error. If one solution doesn’t work, don’t worry about it — just try another one. This means that you’ll try unconventional fixes, like this enterprising person who made a juicer out of a drill. 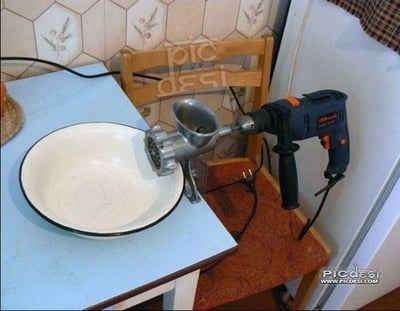 Anyone Can Do It

Jugaad doesn’t limit innovation to the R&D team. Roles don’t matter. Hierarchy doesn’t matter. What matters is your ability to create the best solution to the problem. Kids often excel at this. Take these young cricketers who found a way to have an umpire. 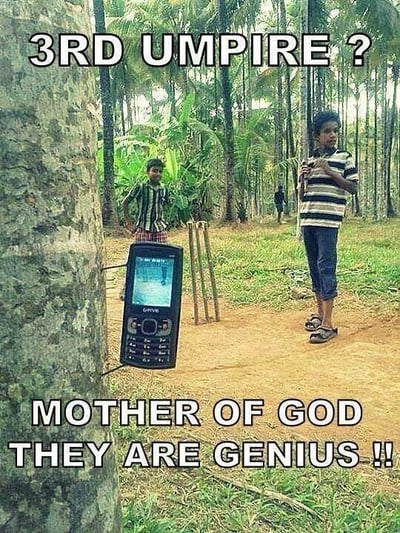 It’s not just India, either — the concept is big in other emerging markets too, like Brazil and Kenya. It’s one way in which the developed world can learn from the developing world.

So next time you’re at a block and unsure of how to solve an issue or think you may not have the “right” tools at hand, try thinking outside the box. There are always ways to work around an obstacle.