It’s not just a pop culture stereotype: in many ways, different generations have entirely different thought processes from each other. Ignoring that during employee onboarding could mean that you’re not engaging one of more of the generations, whether they’re the World War II generation, baby boomers, generation X, or generation Y — the latter of which is generally called “millennials.”

Instead, for your onboarding strategies, look at how each generation accepts information, learns, and is engaged. According to Axonify:

Clearly, if your training and onboarding strategies are still mimicking those you had when you were recruiting baby boomers, millennials in the workplace are going to throw you for a loop. However, while Gen Y is set to take over the business demographic, baby boomers are still going strong, the WWII generation is still populating high positions in the workforce, and generation X is probably also a large component in your company.

Axonify has identified motivators toward how generations like to learn and learn most efficiently. They can be grouped in to four key points:

Looking at it this way shows even more clearly why onboarding strategies should be personalized — technology and pop culture, in particular, sure have changed. To tailor your onboarding, it’s crucial to delve into each generation and see what makes them tick.

Not surprisingly, those coming of age during WWII are accepting and respectful of authority. They don’t need to stand out; instead they thrive on being a quieter member of the back — but that doesn’t mean they aren’t looking for your respect.

For onboarding, these employees are used to the traditional, formal classroom lecture way of learning and have a strong appreciation for consistency, logic, and discipline. Don’t count them out on the tech side, however, as they definitely are willing to embrace new technologies if you teach them how.

Born in the post-war era, baby boomers are natural workaholics. But they expect dividends when they do put in the work and effort and love to be high achievers.

Unlike the WWII generation, baby boomers won’t just accept the authoritative onboarding and learning approach — they are the protest generation of the 1960s, after all. Instead, onboarding should focus on team interactions and even competitions. And you better make sure that you can explain how the training will directly relate to their job.

The generation of latch-key kids loves their freedom and independence. Unlike their predecessors, they don’t live to work and are the first generation who really stand up for a work-life balance, so your training should showcase how this is possible within your organization.

Because they like to figure thing out independently, on-the-job training where they can solve real-life problems in a self-directed but guided manner is best. Even better would be if they could have a say in the types of content used to onboard and train them. This is also the first generation where technology isn’t just accepted; it’s practically required.

You’re going to have to get creative to effectively onboard the millennials. With the fast-paced technology and multitasking they are accustomed to, capturing and keeping their attention is no easy feat. Also, keep in mind that feedback is essential during onboarding, and if you’re giving an hour-long PowerPoint lecture, you’re doing it exactly wrong.

Instead, millennials thrive on gaming, social collaboration, and fast, interactive activities during onboarding. Always reinforce exactly how what you’re doing will benefit them in their jobs and even help them advance in their ambitious career path.

If you don’t keep in mind the specific generational identities of your workforce during onboarding strategies, there’s a chance you’re missing the opportunity to engage and motivate an entire cross-section of your employees. 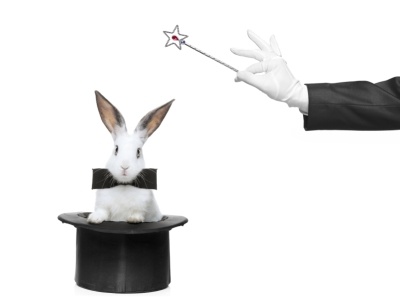 7 Essential Tricks for Working With Millennials

May 30, 2015 2 min read
How to Masterfully Manage 4 Different Generations [Infographic]