We’ve all seen Egyptian hieroglyphs, but we rarely get to know much about the stories they tell or the wisdom they impart. Now Cambridge University Egyptologist Toby Wilkinson has released a book, Writings from Ancient Egypt, collecting what was written on these ancient papyrus scrolls and stone carvings.

There’s a lot of stuff in there, and it offers an illuminating peek into Egyptian culture. One thing is clear, though: people haven’t really changed much.

In fact, there’s a section from 1850 BCE from 110-year-old pharaonic vizier Ptahhotep that sounds like it could’ve been written yesterday. It’s good advice.

How to Get Along with a Bossy Boss

If you come across a disputatious man in (the heat of) the moment,

who has authority over you as a superior,

bend your arms (in respect) and bow.

(For) if you vex him, he will not be friendly to you.

by not opposing him while he is in (the heat of) the moment.

He will be called an ignoramus

while your self-control will equal his wealth.

How to Get Along With a Difficult Equal

If you come across a disputatious man

who is your equal, your match,

you will make your esteem greater than his by keeping silent.

While he is saying bad things,

there will be much discussion by the judges

and your name will be good in the opinion of the elders.

How to Handle a Troublesome Underling

If you come across a disputatious man

who is a poor man, not your equal,

do not be aggressive to him (simply) because he is weak.

Leave him alone and he will confute himself.

Do not answer him back merely to lighten your heart.

Do not vent your anger against your opponent, for wretched is he who injures a

poor man. What you wish will be done (anyway):

you will beat him through the elders’ disapproval.

How to Be a Sympathetic Listener

If you are a leader,

listen quietly to the plea of a petitioner.

Do not rebuff him from what he planned to say:

a victim loves to vent his anger

more than to achieve what he came for.

Smart stuff, huh? Sometimes wisdom deserves to be remembered for thousands of years.

The Miracle of the 5-Minute Favor 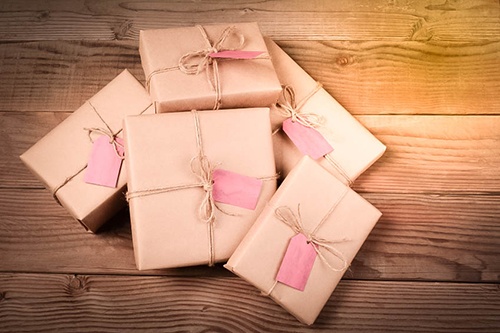 The Miracle of the 5-Minute Favor

Proof that Trump's "Wage Is Too High" Comment Is Plain Wrong How to Use the "Big Arrow" Strategy