Changing workplace culture is difficult, regardless of the size of the company. Starting as Moz’s eighth employee in 2007, CEO Sarah Bird has led the company to growth, implementing a culture focused on transparency, diversity, and bias to action leadership. But as she told us at TINYcon 2018, it wasn’t easy.

Bird said many employees are drawn to working at Moz because of its supportive coworking environment - in fact, empathy is one of Moz’s organizational values. Yet as much as this demonstrates a positive culture, Bird said it has come with some challenges.

“It also creates a feeling of, ‘If fun is a value and I really care about these people, I don’t want to hurt anyone’s feelings or make anybody sad,’” she said.

Mid-level managers often find poorly performing employees easier to fire than those who are mediocre yet well-liked, mainly because of feelings or kindness associated with those relationships. Although a difficult decision, Bird said that it is essential for managers to address performance issues before they spread to an entire team.

Bird said she even found this difficult within her own leadership.

“It took me a long time to realize that my own niceness was getting in the way,” she said. “I can be nice and give people respect, but also know when to say, ‘Hey, this isn’t working.’” Bird said that as soon as she, and her management teams, began to embrace this concept, things started to change.

These difficult conversations even extend to everyday feedback. Although some matters must be dealt with in private by a Human Resources department, Bird said she believes in establishing a culture where feedback and constructive criticism are openly shared, decreasing the negative connotation surrounding them. By making these moments “less of a big deal,” Bird said, leadership can create a culture where honest, constructive feedback is taken less personally.

Openness to feedback helps create a more transparent dialogue internally within a company - but Moz isn’t stopping there. The company enforces its commitment to transparency with its “Moz Year in Review,” a public review of the company’s highs and lows that has been published every year since 2012.

The move may seem counterintuitive from a business standpoint, yet the company’s public commitment to transparency comes at a time when many companies still find it a challenge. According to a Harvard Business Review Survey, 58 percent of people say they believe strangers more than their own boss.

The Year in Review not only gives the company a chance to “own up” to what problems may have been faced internally, but externally as well.

“Most companies believe that it’s not good to share that information, hide your dirty laundry,” Bird said. “But it got customers engaged emotionally with the journey of the company. The annual report is our opportunity to own mistakes and to show commitment to customers about doing better and working towards solutions.”

Many brands have shared in Bird’s outlook on transparency - and with successful results. The shift to transparency has been popularized by several consumer-facing brands via social activism, a concept that has been powerful in connecting with younger demographics. Social media itself provides consumers a more direct relationship with companies than they’ve ever had before.

“Traditional brands can no longer sit on their hands and allow well-scripted corporate statements to shape who they are,” reputation management firm REQ CEO Tripp Donnelly told AdWeek.

Moz has also applied transparency to employee salary information. Although the company has not publicized every person’s salary, it has provided ranges or “bands” within which roles at different levels fall. 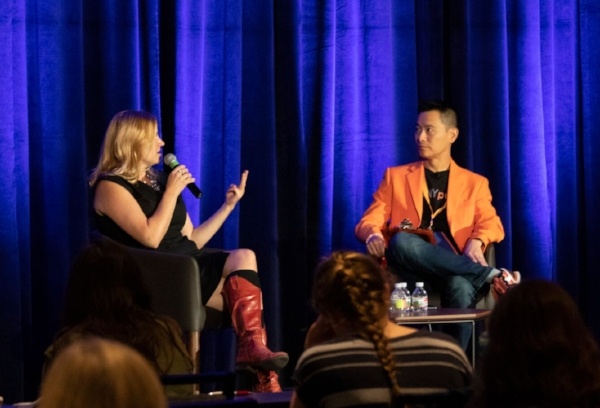 Moz holds a high commitment to diversity, Bird said, noting that the company takes complaints seriously and has not been afraid to fire employees who don’t live the values of inclusion.

“In the tech community, we have the opportunity to set the example and show a truly inclusive workplace. We have a responsibility to do that,” she said.

Studies continue to show a significant gap between the amount of of white men versus the amount of people of color or women in computer science. Bird said she has prioritized diversity at the leadership level by not making hiring decisions unless she has interviewed diverse candidates throughout the entire hiring pipeline.

“It sometimes means I’ll have business roles unfilled three or four times longer than if we just filled it, but I want to live my values,” she said. “There’s a cost to the business, I get pressure, but I’m clinging to my values and integrity.”

Moz has also partnered with Unloop, an organization that enables incarcerated populations to gain skills and training to begin careers in tech. Moz was an early collaborator with Unloop, Bird said, taking on their first graduate as an intern.

“We believe there is potential in everyone. Poverty is not a choice, it’s a system,” Bird said.

The Power of Growth

Studies have shown that 47 percent of managers don’t receive any training when they take a new leadership role, yet professional development was ranked as the third highest driver of employee happiness in our 2017 Engagement Report.

Professional development and coaching are a priority at Moz as well, Bird said - a priority that began with her own coaching. The company provides employees 12 confidential sessions with an external coaching company.

“There’s a different kind of coaching that you can only get from someone who isn’t in the system with you. You get a different perspective,” Bird said. “It’s a safe place for employees to get coaching and advice that they are encouraged to take advantage of. But we don’t force it.”

Bird said coaching has been “transformative” for Moz, estimating that around 60 percent of employees had participated.

As other company leaders shared at TINYcon 2018, organizational values are often the base for success of a company. But it’s not just establishing those values, Bird said, but how leadership and employees live these values out everyday.

“It starts by having the brand out there, living through it, and talking about it - the Year in Review is example of this,” she said. “That tends to bring in people that are aligned with the values before they interview.”

But it’s not always easy. When dealing with everyday challenges, employees can lose sight of these guiding principles - even at the leadership level. Bird said she views her adherence to values similarly to muscle strength.

Bird has also upheld her commitment to bias to action leadership, not only within her own role but also when hiring new executive team members. Bias to action leadership places value on calculated risk taking that is not held back by the “decision making paralysis” - extensive data searching that can keep leaders from taking action quickly.

Bird said she tries to zoom in on potential hires’ bias to action by asking them to walk her through a decision that they owned that was very ambiguous.

“What I’m trying to hone in on is maybe they didn’t have all the information or complete buy-in, but they made the decision,” she said.

But perhaps the biggest takeaway Bird said she has had over the last 11 years is to overcome the unexpected.

“Making great software is not like building a house, where you can plan all the details and as long as everyone shows up, it’s going to happen,” she said. “Software is like making a movie. There are things you didn’t anticipate.”