Leadership Qualities to Make You an Unforgettable Manager 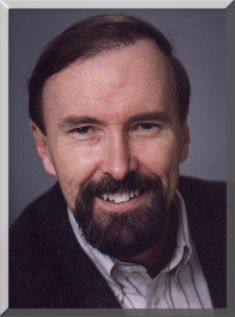 Being a good leader isn’t easy, but the rewards can be profound. One of the most gratifying experiences is when you know you’ve made a lifelong impact on an employee.

Speaker and author Barry Maher has had plenty of leaders in his time as a salesperson, executive, and consultant. He took some time to tell us about the best manager of his career, a person who still has an effect on him today.

During my years in the corporate world, I had some good managers, some not so good, and just one who I thought was truly great, whose name was Gary Quinlan. Nowadays, I speak on management and leadership all over the world, to many of the world's top organizations (and a few that aren't quite so top), and Gary is still a model I use when I'm talking about management excellence.

Any company can find more complex ways of doing even simple things, and virtually every company does. Bureaucracy replaces leadership. Procedures substitute for vision. It's a triumph of mediocrity. On the other hand, Gary cut through the clutter and found the core of simplicity. He provided a clear vision and helped those of us on his team uncover a direct path to results. (The worst managers, of course, also find a core of simplicity. It's just not rooted in reality, so it's usually a direct path to failure.)

Gary understood that his people could achieve more than they themselves believed they could achieve. He never stopped building his people up. He showed us the vision he had for what each and every one of us could become and what we could accomplish: a vision he helped instill but one he worked out in conjunction with each one of us, so it encompassed our individual hopes and dreams.

And when people truly believe a manager has a high opinion of them, it's amazing what they will do to maintain that opinion. And the more they respect that leader, the harder they will work to hang on to his or her regard.

A Sense of Belonging

Gary provided us with another great incentive: the chance to belong to a first-rate team, an outstanding organization, to belong to something we could be proud of. And so we all worked harder because we didn't want to let down our teammates.

When I think of Gary, I always think of a quote from Mark Twain, who said, "Great people make you feel that you to can become great." Ever since then, I've always believed that if you can make your people feel they can become great — or at least very good — you might not be a great person, but you'll certainly get great results.

Supporting employees and providing goal-oriented vision might sound like simple leadership qualities, but they clearly have a profound impact. Thank you to Barry for telling us about such a memorable leader!