3 Reasons Your Employees Don't Want to Be Leaders 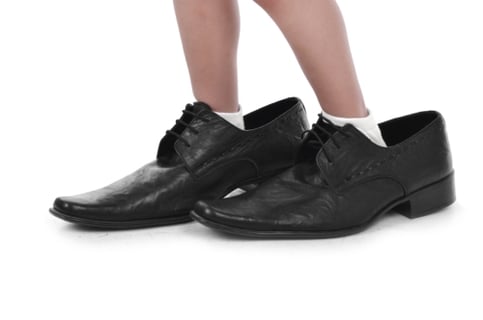 A company would have to be crazy to think that leadership isn’t a crucial element to their organization. However, many companies believe they aren’t investing enough effort in leadership training and ensuring there is a clear leadership pipeline. You don’t have to be a fortune-teller to see that these shortcomings can cause the downfall of a company.

According to Deloitte and CareerBuilder:

Combine those first two stats with the last one, and you’ll clearly see that leadership is a massive problem. If employees don’t want to become leaders and no one is training leaders, you’re going to be in a situation one day where there is no clear person in charge.

The best solution is to identify and tackle why your employees don’t want to be leaders.

1. No work-life balance: Many people don’t want to be burdened with longer hours and less home life when they make it into senior leadership. In the CareerBuilder survey, 34% of respondents said they weren’t interested in leadership positions because “I would have to work more hours and have less work-life balance.”

This is something your company can fix. Embed into the culture a value of work-life balance. Ensure that leadership training emphasizes this value and mitigate any fears in every step along the leadership pipeline. Often this lack of a work-life balance is an imagined fear instead of a real one, so combat it from the beginning.

Your company probably already values personal and job skills over academic degrees. Be sure to make that value clear in your culture. Reward employees for a job well done with a recognition program.

3. No leadership opportunities: It’s clear from the bulleted statistics above that companies are in desperate need of leaders. So no employee should ever think that they are not wanted. According to CareerBuilder, 14% of employees said, “I don’t think my business would even give me the opportunity” to advance into a leadership position.

A whopping one in five workers thinks their company has a glass ceiling, but that number gets even higher: 33% of women see a glass ceiling; 34% of Hispanics, 50% of African Americans, 59% of workers with disabilities, and 21% of LGBTQ workers.

Clearly many companies have work to do, showcasing in their culture a value of all workers. For this, your leadership must be representative: full of women, minorities, people with disabilities, and others.

There’s a major leadership gap problem in companies. To fill these roles, it’s important that your company addresses the three major concerns workers have about becoming leaders.