How to Spot Leadership Potential in Your Employees 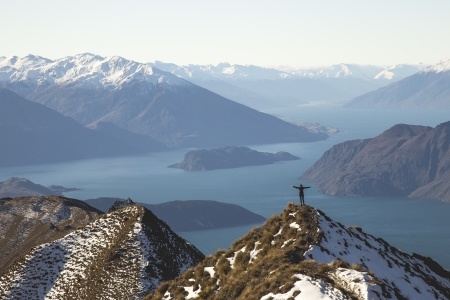 When a management position opens up at your organization, do you hire outside candidates or promote individuals from within?

If your business usually goes the first route, you may want to reconsider. Recent research indicates that 75% of millennials would leave their jobs if they felt as though there weren’t any opportunities to advance their careers.

But how can you decide which employees would fare best if promoted into a managerial role? Here are five leadership qualities that may indicate an employee will make a fantastic manager:

1. They’re not devastated by failure

Even geniuses like Elon Musk experience failure frequently. But they can’t succeed if they never try. Instead of tucking their proverbial tail between their legs when things go wrong, great leaders are motivated by failure. In early April, Musk made history when SpaceX was able to successfully land a rocket on a barge floating in the ocean. As noted by CNN, this wasn’t the first attempt by Musk & Co. Rather than giving up after a few failures, Musk persevered, eventually leading his team to success. No matter the industry, employees will experience failure sooner or later. The ones who respond to failure most admirably could make great bosses.

2. They are extremely engaged

Employees are much more likely to follow a leader when they believe in what that person is doing. Do any of your employees consistently go above and beyond every single week? Those are the kinds of people who make great leaders. When team members see their bosses cranking out work day in and day out, there’s a good chance they’ll do their best to emulate that behavior.

3. They often lend a hand

Every worker has their own job responsibilities to take care of. But according to our 2015 Employee Engagement Report, nearly 70% of workers feel as though they can’t tackle everything that’s on their plate each week.

Great leaders are always ready to lend a hand to their teams. If you notice that an employee with a full workload is constantly helping out their coworkers, you may want to put that individual on the management track.

4. They are full of fantastic ideas

Do you notice that any of your employees are quick to offer a slew of new ideas during brainstorming sessions? Great leaders don’t follow the herd — they blaze their own trails. Keep an eye on the members of your team who consistently blow you away with fantastic ideas.

5. They command respect among their peers

When great leaders speak, people tend to listen. That’s because they usually have brilliant, helpful, or inspiring things to say. Do a lot of members of your team look to one of their peers for advice often? If so, that person could be very successful in a managerial role. Since they’ve already earned the respect of their peers, there shouldn’t be an awkward transition after a promotion.

Do you notice these traits in any of your employees? Those folks may very well be the leaders that will propel your organization forward in the future.