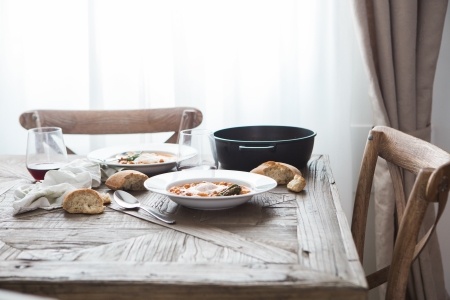 No matter where you are in your career, the first few days at a new job can be pretty awkward. Aside from not really being sure what they’re supposed to do in their new roles, in most instances, new hires don’t know any of their new coworkers. While the team they are joining might be fairly tight-knit, new employees can’t help but feel on the outside when they’re just starting their new jobs.

As a manager, it’s your job to make sure your new hires feel at home — and quickly. According to our Employee Engagement Report, the thing workers love most about their jobs is their coworkers. This makes sense because, as a recent Forbes article points out, workers spend more time with their colleagues than they do their own families.

So the sooner your newest employee is comfortable with their coworkers, the quicker your team will be able to reach its full potential — a win for both your company and your customers.

But what exactly can you do to help your new employees get to know the people on their team? Here are five ideas that you need to incorporate into your employee onboarding process:

As the name suggests, icebreaker games can bring people together who don’t really know each other. When a new person joins the team, set aside some time to play an icebreaker game or two — like Two Truths, One Lie. Essentially, everyone goes around the table telling three stories about their lives. It’s up to everyone else to guess which one is false.

2. Take your team out to lunch

What better way is there to get to know someone than by breaking bread with them? Schedule a mandatory team lunch during the first week, and your new hire will grow a little more comfortable with their peers.

3. Host a team happy hour later in the week

To answer the last question, some think it’s easiest to get to know someone while sharing some adult beverages. Plan a team happy hour sometime toward the end of the week to create an atmosphere conducive to conversation.

It’s not uncommon for a new hire to shadow someone they’ll be working closely with. In this light, you may want to suggest that one of your senior employees go for a walk with your new hire. In addition to the fact that exercise helps make workers more productive, the time can be used to get the new employee up to speed on job expectations, procedures, and best practices.

5. Collaborate on a team project

You probably don’t expect your new employees to tackle major projects on their own right away. But that doesn’t mean they can’t lend a hand on whatever their team members are working on. Assign your new hires to help out their colleagues so they get comfortable working with and talking to each other.

The last thing a manager should want is for the newest members of their team to feel as though they aren’t really included in the group. The sooner a new hire feels as though they’re part of the team, the quicker they will be able to contribute. That being the case, managers would be wise to do everything they can to make their new employees feel right at home right away.