How to Avoid a Work Culture of Excessive Complaining 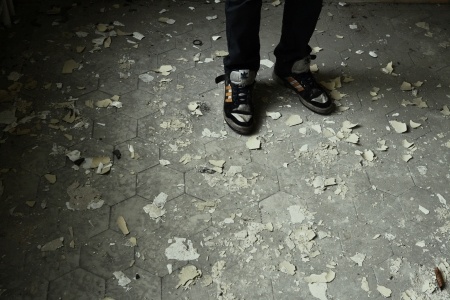 Open communication is essential to any business. Part of that is accepting criticism and learning from it. After all, if we don’t know what the problems are, how are we going to solve them?

However, sometimes people gripe for no real reason. While a certain amount of venting is expected, this can become a problem if your colleagues are constantly complaining. An atmosphere centered around complaining can result in lower productivity and higher levels of stress. And this is a problem for many workers. One survey found that 70% of workers are around someone who complains excessively, and 67% of those people said that puts a damper on their productivity, according to Fortune.

It's not surprising — one recent poll found that 18% of people are actively disengaged at their jobs, according to the Wall Street Journal. While shutting down complaining would be authoritarian and counterproductive, shifting to a culture that values improvement and positivity is better for the whole team.

The issue with excessive complaining is that it can lead to feelings of futility. If everything is so bad, it will appear impossible to change anything, so why even bother?

Instead, focus on specific, objective problems that you can solve. When you encounter a problem that can’t be solved, such as an annoying client whose business you need, recognize that there’s nothing you can do. It’s okay to vent a bit about it, but don’t let these kinds of issues consume your thoughts.

2. Turn around the blame game

You have a lot of options when dealing with a workplace whiner. You could stand there, smile, and nod, but then you’re not protecting your own well-being. You could avoid them altogether, but eventually you’ll have to work with them again.

Another option is to calmly ask them, “What are you going to do about it?” By shifting the focus to actions, you demonstrate that talking doesn’t really accomplish anything.

If that tactic irritates the person complaining, simply switch to a different, less-charged topic. It’s even better if you talk about something not related to work. Hopefully they like something enough to have a conversation about it.

The opposite of an organizational culture of complaining is one in which people feel proud of their accomplishments and their ability to solve problems. Make sure you praise people when they do a good job. That attitude should extend to the whole team — not just a few star performers.

One way companies have encouraged a more positive workplace culture is by using peer-to-peer recognition tools. By doing this, employees support one another in improving the business as a whole.

How people talk about work is important. It shapes how they perceive their role in the workplace. A culture of complaining can quickly spread around the office. Conversely, workers who believe they can make positive changes that will help their company are going to be happier in the long run.