How to a Deal With the Pressure of an Unsatisfiable Boss

Any manager wants to get the most from their employees. But a badly managed employee can create an oppressive atmosphere that crosses a line between business sense and plain old abusiveness. When you work at a place like this, you wind up hating your job. Many of us have found ourselves in this situation. It’s awful, and the bad feeling doesn’t even go away when you leave work.

If this seems similar to bullying, it is. It’s just less personal since, odds are, everyone in a similar position to yours feels the same way. When a boss fails to provide recognition when it’s deserved, some employees can be easily manipulated into putting an unreasonable amount of effort into trying to gain approval that will never come. They may find themselves doing things like putting in extra time with no remuneration or agreeing to plans and systems that don’t work just to be seen as a team player. And on and on.

Sometimes a boss is well aware of the environment being created, though often it’s just a product of their own cluelessness. So what can you do about it?

1. Talk to your coworkers

First of all, talk to others you work with. If upper management needs to be informed of what’s going or the manager simply needs to be confronted, there’s strength in numbers.

There’s no guarantee that some pretext won’t be found to get rid of all of you — or that the situation is fixable — but it’s less likely than if you addressed the problem on your own. And at least you’ll have one less reason to feel bad since you realize others are feeling just as bad.

2. Know your own self-worth

This last bit is important. Don’t let someone who’s probably not even thinking about you be the architect of your self-image. You’re probably dealing with a tried-and-true jerk — however well disguised — whose approval you wouldn’t really want anyway outside of work. If you think you’re doing your job competently, you probably are. Just think about how much better you could be with a boss who treated you with some respect.

Which gets us to the bottom line.

If a work environment is making you miserable, you need to decide clearheadedly if it’s really worth staying. Getting a new job is a big deal, admittedly, and sometimes very hard, and your self-image isn’t in the best shape at the moment for selling yourself thanks to your current job. But feeling bad all the time has well-documented negative ramifications for your mental and physical health. And how good would a job have to be life-changingly better than this one?

Feb 25, 2015 2 min read
Stop Grossing Out Coworkers When Eating At Your Desk 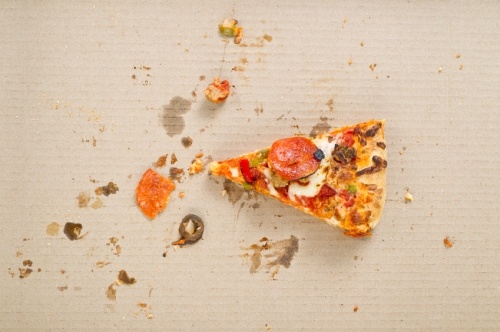 Stop Grossing Out Coworkers When Eating At Your Desk 5 Tips on How to Deliver Bad News the Right Way