How the Typical Office Looked in the 1950s

The professional office has certainly come a long way since the 1950s.

Though some things have stayed the same, it’s hard to imagine a millennial being able to exist in the standard office and organizational culture that existed 60-odd years ago. How exactly have offices changed over the last six decades? Let’s take a look. 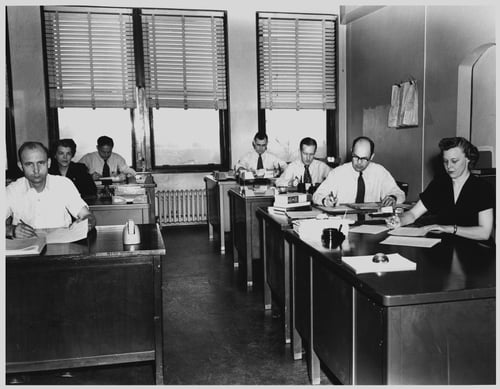 Forget wearing your favorite band’s T-shirt, open-toed sandals, shorts, or anything else comfortable for that matter to the office. In the 1950s, formal office attire was expected every day of the week. Maybe the guy in the front left-hand corner of this photo got axed after it was taken for not wearing a tie.

2. Open office layouts were all the rage — before they were cool

Cubicles didn’t begin infiltrating the workplace until the late 1960s. So for the most part, the typical office of the 1950s had an open layout. Mind you, this was before the advent of the Internet, the mobile device, and the MP3 player. Suffice it to say, these open offices were considerably quieter than the ones we deal with today.

3. Bosses had their own (unexciting) offices 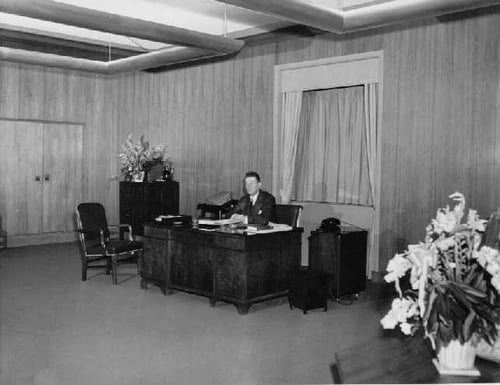 Above, US Comptroller General Lindsay Warren is pictured in his office in the 1950s. Despite his high-ranking position, you can see that Warren’s office is relatively barren. Most noticeably, you can’t help but notice there doesn’t seem to be a flat-screen TV hanging on his wall. How could he possibly get through the day? 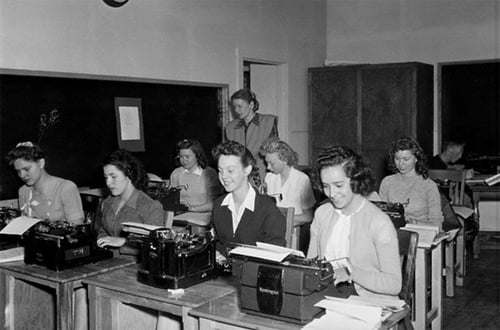 Nowadays, virtually every professional is expected to be able to type on a computer. Of course, computers weren’t ubiquitous in the 1950s, but typewriters were. That didn’t necessarily mean everyone was expected to have strong typing skills, either. Here’s a picture of a secretary pool, a group of women traditionally assigned to assist a number of executives. As you can see, there doesn’t appear to be any natural light coming into the room. The walls leave something to be desired too. Come to think of it, the room couldn’t look any more like a classroom.

5. But sometimes they were 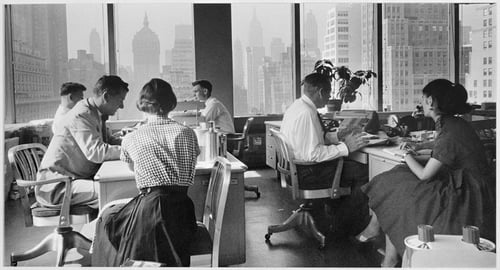 It appears as though at least some interior designers understood the link between natural light and productivity. This picture — dated in New York City in 1959 — shows workers going about their business in the Lever Brothers office building. That much natural light might have been enough to make these workers the envy of their peers.

6. Computers have drastically changed the office 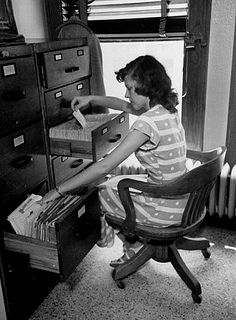 This shouldn’t come as much of a surprise. But the above photo shows a secretary filing documents in a rather hefty filing cabinet sometime in the 1950s. Thanks to computers, it’s easier than ever to file documents in relevant (digital) folders today. As an added bonus, many organizations don’t need anywhere near as many filing cabinets as their counterparts of yore used to. They can get by with less office space. 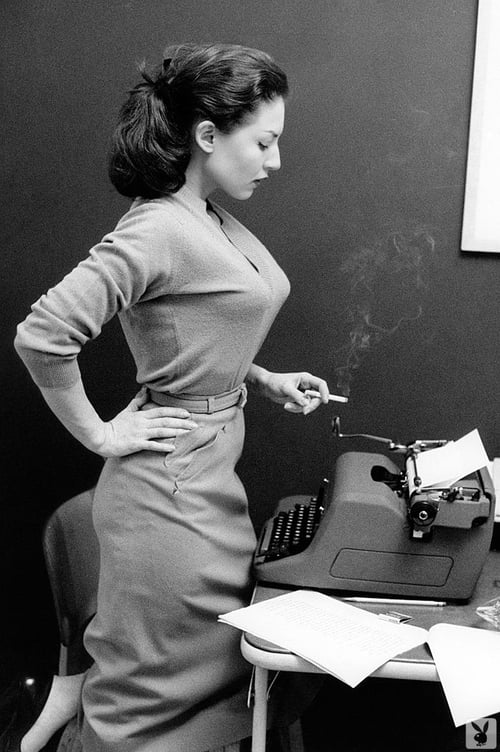 Any ideas as to how you could make a boring-looking office from the 1950s even worse? Let people smoke at their desks — particularly in an open-office environment. As anyone who’s ever watched Mad Men will tell you, everyone at an office in the 1950s — from executives to secretaries — smoked cigarettes throughout the day. Nonsmokers forced to breathe in secondhand smoke all day were probably unlikely to focus on the task at hand as much as they would have liked to.