In most office environments, employees have their own dedicated work spaces. Usually, they’re able to personalize their desks, decorating them with gadgets, trinkets, and tchotchkes. They’re also able to stockpile office supplies so the items they need to do their jobs are always nearby.

However, instead of going with that apparently old-fashioned arrangement, companies are increasingly giving hot desking a try. Rather than showing up to work and heading to the same desk day in and day out, employees at organizations that use hot desking grow accustomed to working at a different desk almost every day.

Generally speaking, there are two systems that organizations use to implement hot desking. Some operate on a first-come, first-served basis, meaning employees can have their pick of any open desk in the facility. Others prefer a booking system wherein employees reserve a specific work space on a specific day.

Companies try their hand at hot desking for a variety of reasons. Among them? Building bridges in work cultures. Image an employee from marketing sitting next to the VP of sales. Or a software engineer sitting next to someone from customer service. You can see how hot desking helps strengthen cross-departmental relationships, but also helps different teams understand each others’ needs and job roles. So here’s the lowdown on why many CEOs are implementing this new trend in their workplace:

It Encourages Employees to Get to Know One Another

Employees who sit at the same desk every day are likely to get to know the folks that sit closest to them the best. And as for colleagues who work on the other side of the office in different departments? Aside from a passing “hello” in the hallway, they might never really have a full conversation. Since hot desking involves employees potentially sitting next to new people every day, after a while a majority of team members get to know each other. Tighter bonds are formed.

Sitting in the same desk staring at the same wall every day can get a little tiring, to say the least. Switch things up, and all of a sudden workers are immersed in a new environment, which could make them think differently. Beyond that, hot desking can put two different job roles next to each other, and they can use each other as sounding boards to come up with unique cross-departmental ideas.

It Tears Down Company Walls

It’s not uncommon for cliques to develop within organizations, particularly when workers are segregated by departments. Hot desking is a great way to eliminate these cliques, as workers from all departments routinely sit next to folks they otherwise wouldn’t. You never know when someone in the legal department might become best friends with someone in accounting.

While hot desking probably doesn’t make sense for every organization, there are undoubtedly a number of companies that stand to benefit from the modern approach to work. If your business is stuck in a rut, why not give hot desking a try to see what comes of it? If you don’t like the results, you could always switch back. But you'll never know until you try. 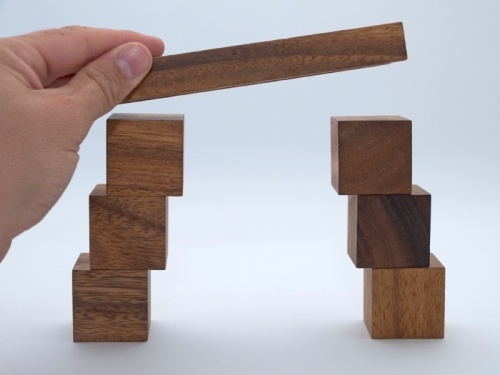 Jul 22, 2015 4 min read
How RedWolf Airsoft Improved Their Culture From the Top Down

How RedWolf Airsoft Improved Their Culture From the Top Down