The Smart New Way to Use Social Media in Recruiting

More and more companies are turning to social media to find top-notch talent for their job openings — and we're not just talking about LinkedIn. Facebook, Twitter, and even places like Instagram, Pinterest, and others can be a great source of finding both active and passive job candidates that best fit both the open position and your company. Social media isn’t going away anytime soon, and each new generation entering the workforce becomes more dependant and more savvy with their online presence. Companies should be using this to their advantage.

Luckily, it seems like they are. A survey by Jobvite found that 92% of employers have used or are planning to use social networks for recruiting.

Our Limited Perspective of Recruiting via Social Media

A large number of companies, however, aren’t using potential candidates’ social media to the fullest. CareerBuilder shows how lots of companies are currently using social media not to find talent but to reject it:

The statistics above may make it seem like employees, particularly millennials, aren’t social-media savvy enough to handle this job process. But statistics from IBM show that isn’t necessarily the case.

These statistics show that millennials, even more so than the generation before them, know how to distinguish between the professional and personal when it comes to social media. The boundaries are clear, so as much as it seems anecdotally that every company is going to wade into a storm of party pictures and drug paraphernalia, that is almost certainly not the case.

Go to Where Your Job Candidates Are

So, rather than just perusing Facebook photos and Twitter posts for something to rule out a prospective employee, more innovative companies are using profiles to find people that would be great fits for their staff. And for good reason. Just look at the statistics InSites Consulting:

A resume and cover letter can only say so much. Using social media profiles, companies can get a fuller, more vivid look into a job candidate. And in an era when hiring toward cultural fit, not just job skills, is more and more important, seeing this full picture of your potential hire is crucial.

On social media, a job candidate is able to tell their own story beyond the bounds of the traditional CV. Rather than just state job responsibilities and skills — though they are a piece of it, too — they can give visibility into their personality, interests, and attitudes that would make them a good candidate for a role. More importantly, the company can see whether it agrees.

The study from CareerBuilder also showed the most common reasons employers hired a candidate, based not on their resume but on their social media presence. Delving into some of the top responses can give a glimpse into how companies can use this new recruiting strategy for their own benefit.

Cultural fit: 46% of companies surveyed said they hired a candidate based on social media because they “got a good feel for the job candidate’s personality, could see a good fit within the company culture.”

Cultural fit is paramount. A survey by Cubiks found that:

But if cultural fit is so important, why do companies feel that they can get a sense of that strictly from a paper resume? Social media presence can show a lot of things — humor, attitude, personality, likes, and dislikes — that can give a good indication of cultural fit. And savvy recruiters are realizing that.

Values and goals: Parallel to cultural fit is having the candidate show values and goals that align with your company’s. Often, people use their social media profiles to show volunteerism, causes, charitable work, and use it to discuss their ambitions and work drive. You can look into what groups they are a part of and what kinds of people they follow to get even more of an idea. It’s a more transparent look into these values and goals than a line in a cover letter that says, “I am ambitious.”

Creativity: This is particularly important in creative industries, of course, but it can be a good sign to anyone looking for a problem solver in their organization. In the CareerBuilder survey, 36% of companies said they hired via social networks because they saw the job candidate was creative. It’s classic case of showing versus telling; your resume can tell people you are creative, but your social profile can show it. If you’re hiring for a graphic designer or fashion assistant, for example, outside-the-box networks like Pinterest and Instagram can give you a look into their style and creative spirit that you won’t easily find in a cover letter.

Communication skills: Communication, after all, is the spirt behind social networking, and 40% of companies said they’ve hired a candidate based on how their social profile showed their “great communication skills.” Sure, you can get some of that via the cover letter, but more often than not, it’s a stilted, professional communication that doesn’t tell you everything you’d like to know about conversational aptitude.

Companies that use social media to the fullest have a good chance of finding a new hire that fits seamlessly into their organization. 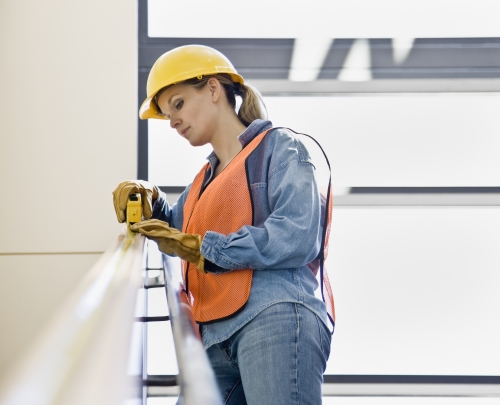 3 Strategies for Recruiting Candidates That Fit Your Culture Perfectly

Apr 13, 2015 2 min read
How to Improve Your Hiring Process With Project Management Tactics 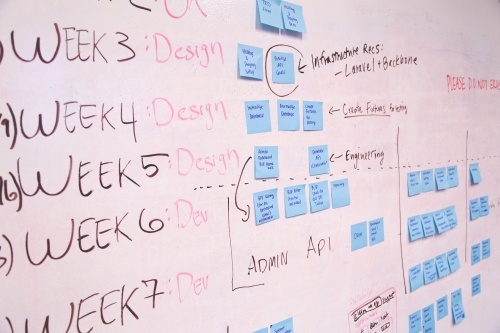 How to Improve Your Hiring Process With Project Management Tactics