A Lifelong Entrepreneur Shares Her Most Valuable Leadership Lessons 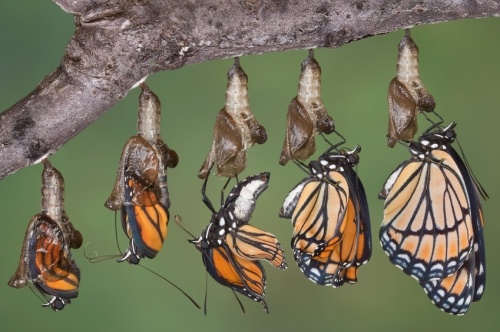 Rebekah Campbell, entrepreneur and founder of Posse, learned one of her first lessons in business leadership at the age of 7.

She was selling flowers from her house, but she couldn’t get cars to stop by and didn’t make a single sale. Her mother helped her out by buying some balloons to make her stand more noticeable. It worked, and young Campbell sold all her flowers the next day. She ran to tell her mom — who calmly and quickly gave her a bill for the balloon investment.

From this, Campbell learned that business has costs before it has profitability at any stage (or age).

Creating Your Own Opportunities

Campbell’s lessons continued as she grew up. At 13, she attended a birthday party at a local restaurant and was bored by the clown that was entertaining the guests. The very next day, she called the restaurant owner and sold him on reasons why she should be the new clown. She was hired instantly and loved the job.

If you don’t take initiative and ask, she learned, you won’t ever get.

As a concert promoter in the music industry, she ran into an obstacle when was unable to sell enough tickets. Campbell rolled with the punches and thought outside the box. Instead of sticking with her tried-and-true posters and ads in music publications, she took to email and enlisted the fans themselves in selling tickets on commission. The concert ended up selling out.

Campbell took her challenge not as defeat, but as a lesson: if your methods aren’t working, don’t be afraid to change.

Leading a Company Through Change

Campbell founded her company Posse in 2010. Originally a digital music promotion service, it’s since evolved into a social search engine for sharing favorite places with friends and receiving recommendations about experiences from others. This kind of pivot isn’t something you can predict when you start a company — but staying open to opportunities the way Campbell did is the only way to survive and grow.

But this wasn’t the only change Posse made, nor the only lesson Campbell learned as its CEO. Here are just a few pieces of wisdom from her experiences:

All of these lessons are valuable on their own, but they all point to one core principle: adaptability is one of the most important leadership qualities you can have. From selling flowers to being a clown to promoting bands to starting Posse, Campbell learned some critical lessons on being a better leader and embracing change. By keeping her eyes open and her focus on opportunities instead of obstacles, she was able to find ways to make her company evolve and thrive.

Start With These Leadership Qualities: Advice For New Leaders